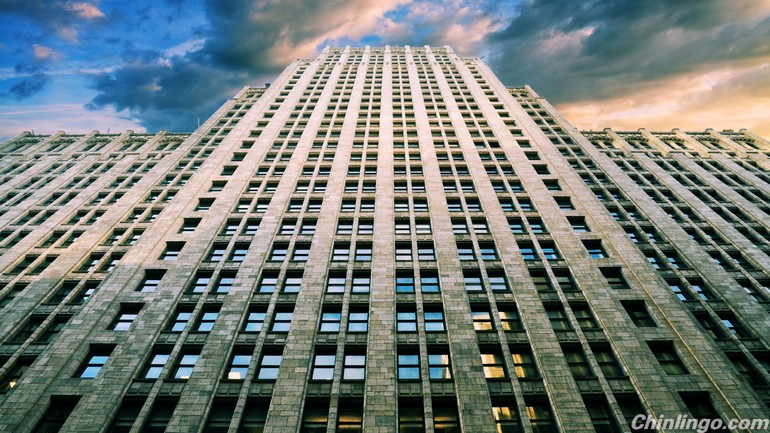 CHANGCHUN, China – The name of this city in northeastern China means eternal spring, a misnomer for a place where winter temperatures can reach as low as -30 degrees Celsius (-22 Fahrenheit). But while the housing markets in some big Chinese cities are starting to heat up, Changchun’s shows few signs of thawing.

After a yearlong slump, Chinese home prices started rising in May, with more gains reported in June. Sales volumes were up 18% in June from a year earlier, with Shenzhen and Shanghai leading the gains.

But most of the gains came in the big cities. The smaller cities in China’s interior that make up the bulk of its housing market are still struggling with a buildup of vacant homes and little prospect for improvement as growth weakens and its young people flee.

In recent months, China has loosened rules on second-home purchases and lowered interest rates, but the changes have disproportionately benefited bigger cities because their local economies and the prospect of price appreciation in these cities are stronger, stoking demand from investors.

The gated Vanke Whistler compound west of Changchun has respectable occupancy rates, but around it are so many unsold apartments that residents occupying the villas and midrise apartments say vagrants have started to come in. The property-management firm built a barbed-wire fence around a pond last winter to prevent intruders from walking across it as it froze over. It makes the area look like a prison, one resident said.

Home prices in Changchun, the capital of Jilin province, fell 4.1% in June from a year earlier, and housing inventories reached the equivalent of 21.5 months of sales in June, compared with an average of 13.2 months across 28 Chinese cities, according to data from China Real Estate Information Corp.

Part of China’s rust belt known for its auto factories, Changchun has attracted migrants from smaller northeastern cities nearby and saw rapid construction activity in the past few years. But the pace of growth hasn’t kept up. The result: empty and half-finished apartment towers.

"Back in 2010, this area was bare," said Wang Yang, a Changchun-based real-estate consultant. "Now there are more than 30 developers there. Construction is still ongoing, but there are some spots that are overbuilt."

Builders with projects outside the country's major coastal cities are now halting already-started projects to reduce inventory levels. Investment in real-estate development has slowed to 4.6% in the first half this year from the double-digit figures for the past 15 years.

In the northeast, real-estate investors are also shunning Shenyang, the capital of Liaoning province, which is plagued with overbuilding. So-called third- and fourth-tier cities in China account for more than 70% of China’s property market in terms of floor space under construction or completed.

Another factor in the dimming prospects is China’s aging population, which means that the size of the segment of property buyers—typically ages 25 to 49—has peaked. That shrinks the pool of potential home buyers in the future.

"The underlying demand for first-time home purchases might have already peaked," saidDavid Wong, an economist at Shanghai-based property developer Shui On Land.

Cities such as Shenzhen and Shanghai, with a big influx of migrants, attractive jobs and good schools, illustrate the widening split in the recovery in China’s property market. The rebound has been fastest in Shenzhen, where housing prices rose 13.7% in June from a year earlier.

On a recent Thursday morning in a property showroom in Shanghai’s suburbs, potential customers were trying to decide whether to put down a 1,000 yuan ($161) deposit to secure better chances for apartments in the Paradise Walk project a month before they were coming on the market. "We have around 500 sign-ups so far, and next week we’re targeting 2,000," said Wang Meng, a sales consultant at the showroom.

Few activities make such direct contribution to economic growth as new home construction, but the excesses in the sector have now become an albatross on growth across the world’s second-largest economy.

Facing weakened demand from builders, cement and steel producers in China are suffering from bloated inventories and have been cutting prices to get rid of stock. Prices of steel rebar were down 38% at the end of June from a year earlier.

To offset weakness in the real-estate investment sector, China is resorting to building airports, railways and other infrastructure to stabilize growth, including a plan to develop the Beijing-Tianjin-Hebei cluster in the Northeast.

At Changchun’s Eurasia Shopping Mall, possibly one of the world’s largest, there were more salespeople than shoppers on a floor dedicated to furniture and bathroom and kitchen fixtures. Salespeople said they hadn’t seen any spillover from a small improvement in sales in recent weeks. "Nothing has changed. It’s still tough," said a saleswoman at a shop selling kitchen cabinets.