Location: on the wrong side of the road between Beijing and Gubeikou, China

Please let there not be a car around this next bend, I said to myself, my eyes half closed, my jaws clenched tight, and my feet shaking a little in the brand new, synthetic-material, fully breathable, quick-drying ultra-socks that Adri thoughtfully bought for me just before this trip.*

* It was not a fully unselfish purchase, as those who know my feet can attest to.

My wife Adri and I were in the back of a hired car along with another traveling duo we'd met that morning. We were being driven to the Jinshanling section of the Great Wall, near the small town of Gubeikou. Our driver had been on and off the phone all morning, yelling angrily in short, staccato bursts.

Being driven by anger is something you should always avoid. Being driven by an angry driver even more so. Add to that a twisting mountain road with sharp inclines on either side, and the fact that the driver was very casually driving in the oncoming traffic lane, shifting gears, and steering, all with one hand tied up on the phone, and you can understand my heightened state of fear.

If you've been to a Chinatown in a major city, you know that. You can expect to be bumped into, pushed aside, crowded from behind, held up from in front, and generally ignored. In China, the concept of personal space exists sort of like string theory: they've heard of it, but nobody seems to really understand, much less believe in it.

It's even worse once they get behind the wheel. All normal rules of lane shifting, signaling, and general good road etiquette go out the window.

In the US, hearing a horn on the road generally means one of four things (and only three of them are justified):

"Hey fruitcake, I'm already in this lane. Next time check your blind spot before you turn!" is one of them.

"Hey Guy Smiley, the light just changed. Why don't you stop reading your text messages and get a move on? I have a prescription to pick up/kids to drop off/places to see/people to do" is the next most common.

"I sentence you to kiss my a*&!" is a close runner up, but usually reserved for gavel-banging cartoon judges.

All other uses of the horn signify one and only one thing: "Hey everybody, look at me, I'm a jerk!"

Here, horns seem to have a different meaning entirely. They exist to announce just one thing to all traffic, whether it's oncoming, orthogonal, merging, keeping up with the flow, or standing still: "I am moving along this trajectory and I will not, for any reason, be it life, limb, liberty, or minor paint damage, be swayed from my decision. All consequences from this point forward will be borne upon your shoulders. Come at me, bro."

It doesn't help that hired cars and taxis in China do not have seat belts in the back.

It's the only country I've been to where when you overtake on the highway, the oncoming traffic is expected to swerve around you, swaying dangerously close to the totally unfazed old men riding three-wheeled motorbikes at Hoveround-speeds. It's also the only car I've ever been in which was overtaken by a minivan while we were in the process of overtaking a bus, all in the width of a two-lane road.

And did I mention the loud phone calls? I did? I feel like they're worth talking about again, as it wasn't just our driver who was engaging in them. In fact, every phone call I've heard since coming to Beijing has been conducted at top volume, whether it's in the subway, on an elevator, in a restaurant, or from an otherwise completely tranquil alleyway. Conversations in general take place at high volume, but the phone seems to amplify the effect.

I have three possible theories to explain it:

Phones in China are built with very weak microphones.

I know that Cantonese makes use of tonality as a part of speech. Perhaps Beijing has its own dialect which also makes use of volume. I plan on testing this theory by listening to phone conversations throughout the rest of the country.

There is some form of natural selection going on here that happens when populations concentrate. China is now at such a high population density that it has entered into a self-reinforcing cycle where only the loudest people in each generation can be heard and progress in society, thereby surviving (in evolutionary terms) to produce ever-louder generations. China's relaxation of the one-child law can only augment this inevitable progression towards total cacophony.

The third is my favorite explanation because it creates a Vonnegut-esque future scenario in which even the quietest Chinese whisper is screamed, Yosemite Sam-style at the top of the lungs. It'll be interesting to see whether loudspeakers or aural-impediment devices will become the dominant market force in the future. 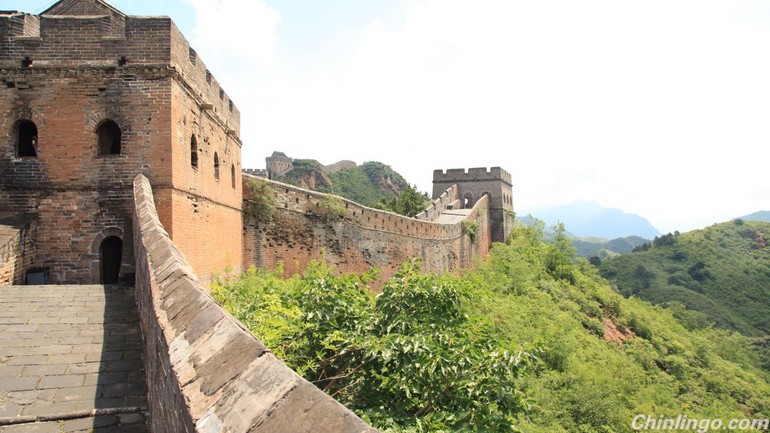 All of this is to say that by the time we reached Jinshanling, we were in a heightened mood to appreciate the peace, quite, space, and tranquility of this relatively un-touristy part of the Great Wall. Our tour guide was a petite Chinese girl who was wearing a barbie-pink sweatsuit and baseball cap. One of the two other people in our shared car asked her if she had other matching sweatsuit-baseball-cap combos like, for instance, green. She let out an embarrassed giggle and let us know that to wear an all green sweatsuit-and-cap combo would be inappropriate for a girl like her. I'm trying my hardest to understand the culture but I'm still learning new things every day.

She led us up a steep trek up to the start of the walk then left us to our own devices for several hours. The walk along the wall is punctuated by even steeper ups and downs, often over broken stones and un-repaired stairs, but thankfully the cold water saleswomen seem to have set up a one-per-watchtower rule amongst themselves, which means you don't have to worry about being harassed too much. I'm led to believe this is a major problem at the more touristy Badaling and Mutianyu sections of the Great Wall.

And dammit, I'm writing this in the hostel bar and they've just set up their "make your own dumpling" night (this happens at every hostel on Friday nights, I think), and man am I hungry after a day of trekking, so I'll just let the pictures do the talking. 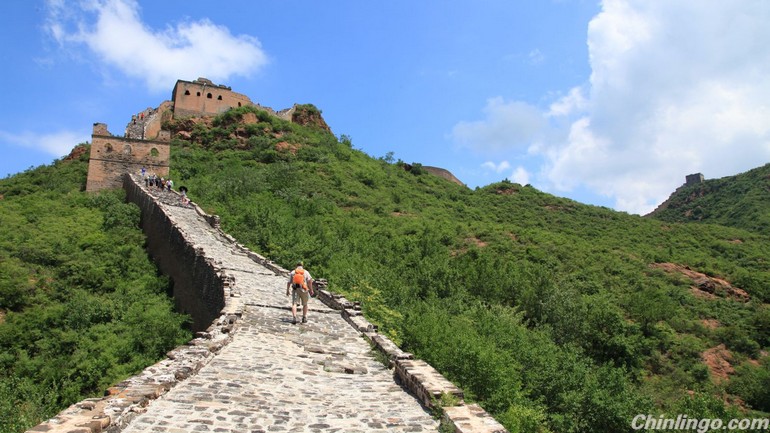 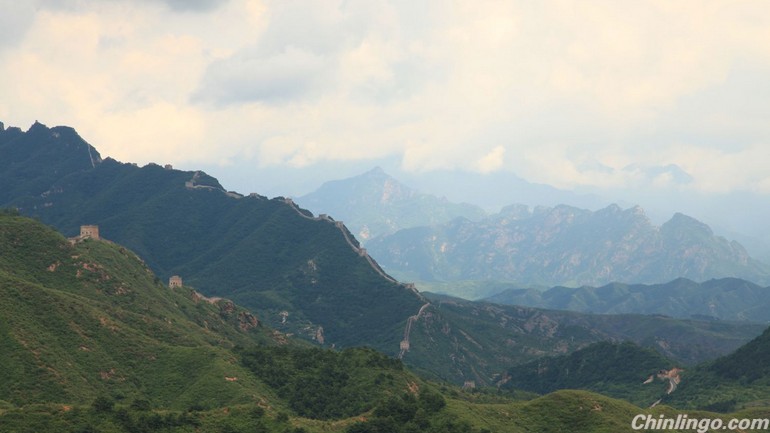 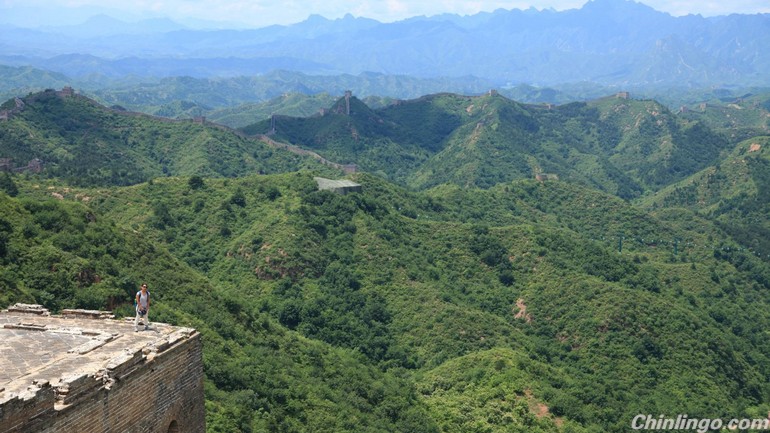 Needless to say, the Great Wall is one of the greatest sites you can visit. And that's coming from a very excitable but extremely cynical seasoned traveler. No exaggeration.