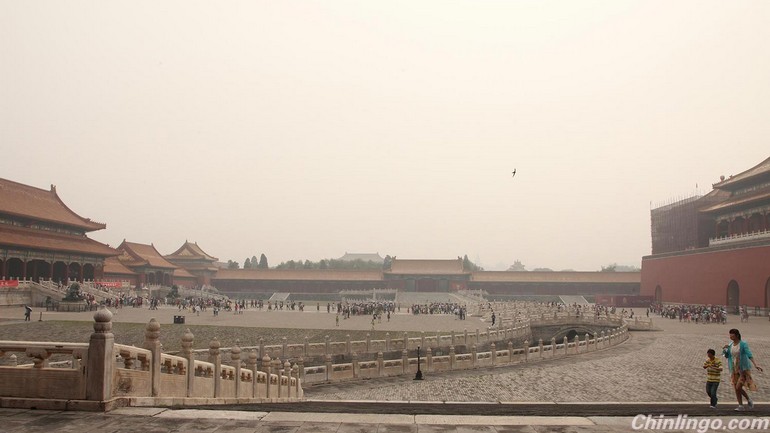 Today Adri and I hit the Forbidden city, which is totally awe-inspiring in a way you can't really fathom until you are there. It's much, much bigger than I thought it would be, and surprisingly less busy. I mean, it was busy, but the way Adri made it sound (she was here back in 2007), it was going to be like riding a 12-city-block-sized rush hour subway car. Once you get out of the main flow of traffic, there are some surprisingly beautiful and secluded spots within those massive walls. 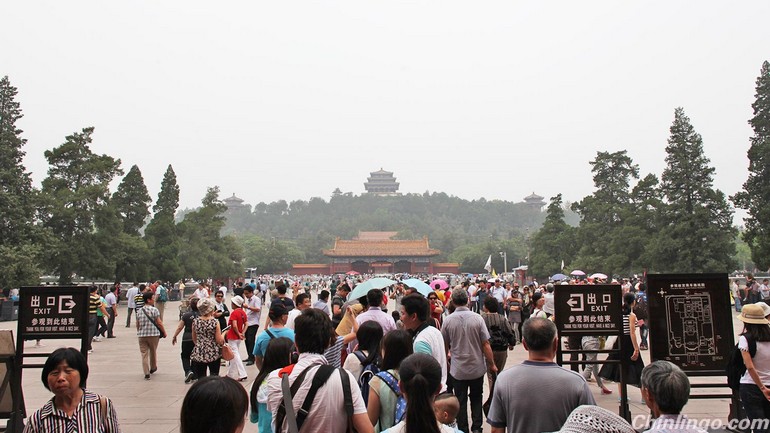 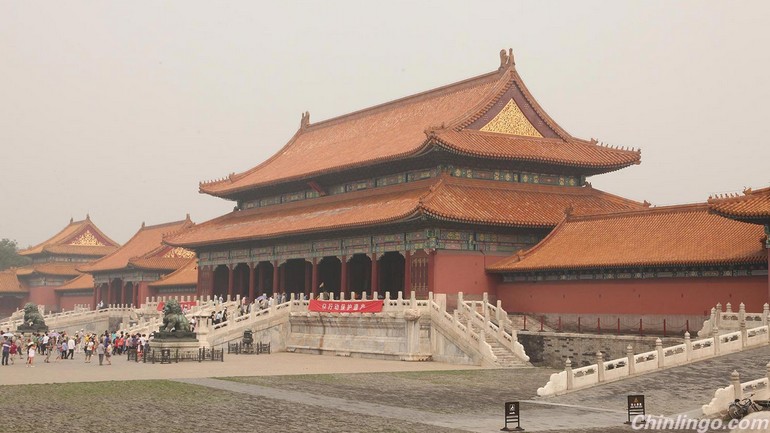 The greatest part is that the English translation of what are undoubtedly regal and auspicious Chinese names for the various halls and pagodas end up all sounding like locations from a Zelda game. You enter the Gate of Supreme Harmony and can then head left to the Hall of Military Prowess or right to the Hall of Literary Glory (I'd suggest the right), before coming back to the Hall of Heavenly Purity (outside of which, if you so desire, you can nibble on chicken burgers, popcorn, and Coca-cola just as the Emperors have done since the Ming Dynasty). 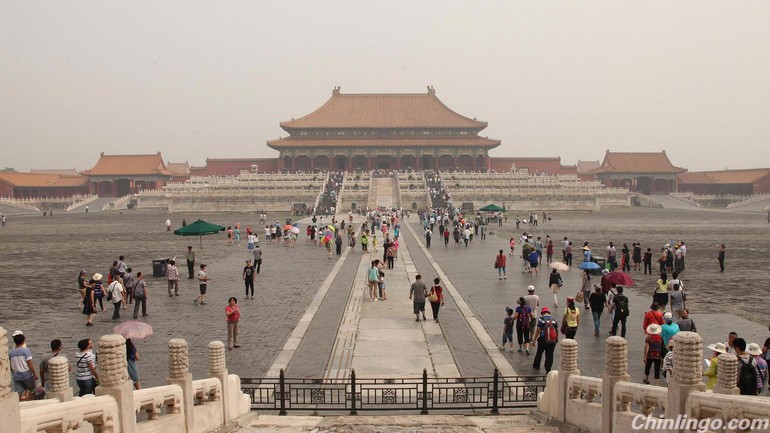 The most awesome parts of the Museum are behind paywalls (as is usually the case), but it's worth the extra 10 RMB to enter the clock and watch gallery, which is packed with ornate watches made in England, the US, France, Switzerland, and China, all dating from the 17th to 20th centuries, and some of them worth more than I will ever earn in my entire lifetime. 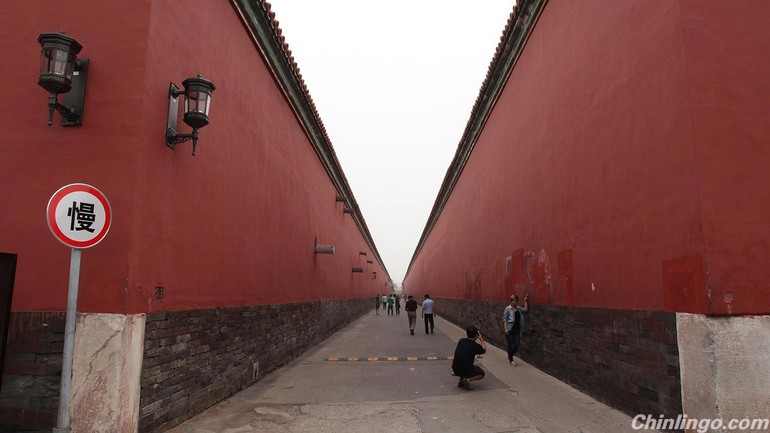 Notice how everything is sort of a hazy beige color? I'm not sure if we were just unlucky with hazy weather or if it's the infamous Beijing smog, but it was like that every day we were here. It makes for some nice atmospheric long-distance photos, but I'm not sure what it did to our lungs.

The Treasure Gallery along the Eastern wall is also worth the extra admission, especially for the small garden housed within it, packed with roughly pitted stones carted up from Southern China, and far, far less crowded than the Imperial Garden that leads you out through the north wall (through the awesomely-named Gate of Divine Prowess). 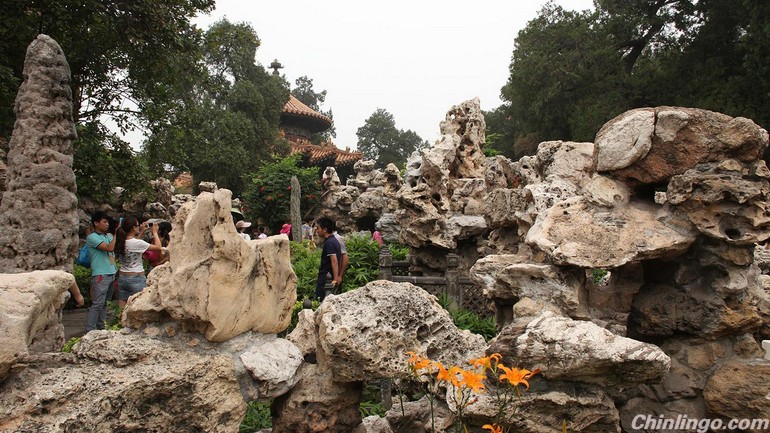 To be honest, the best sight-seeing part of the day came after we left the Forbidden City and headed up into Jingshan Park, which makes for a wonderfully calm and tourist-free stroll after the craziness of the Palace Museum. The pathways are gorgeous, the trees and rocks are beautiful, and if you're up for a climb, you can head to the pagoda at the top of the hill in the center of the park (built from the earth dug out of the moat around the Forbidden City) for a spectacular view of the Forbidden City to the South (it's more fun if you say ruthless Emperor-type things in your head to the ant-like peasants milling about below. "Prepare my litter" or "fold me an excess of dumplings!") and the White Pagoda to the West, which looks sort of like what the Pope's hat would look like if his head were the size of a Mt. Rushmore carving. 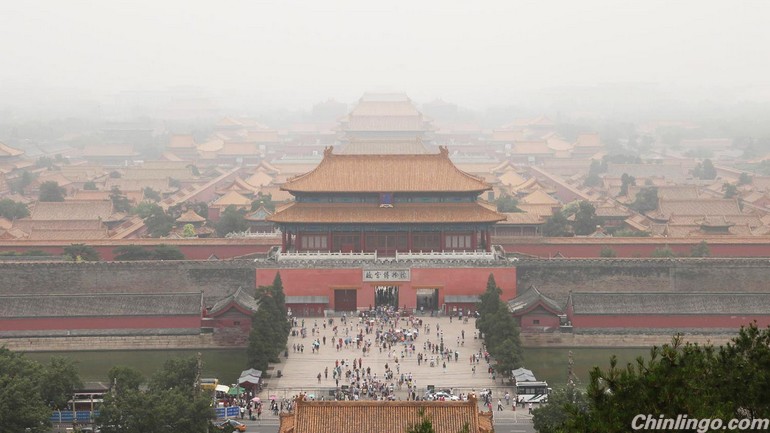 This morning we had jian bing, China's version of the French crepe, for breakfast. It's a dish so damn delicious that I can't fathom why it hasn't become a staple food in Chinatowns all across the U.S. It's essentially a batter-based crepe cooked with an egg smeared into one side, along with cilantro and scallions, that then gets brushed with a few sauces (a thick soy sauce, a hoisin-like bean sauce, and a ground chili sauce), then folded up, often with a baocui inside. The baocui is a puffed, crisply fried cracker that's a specialty of beijing. 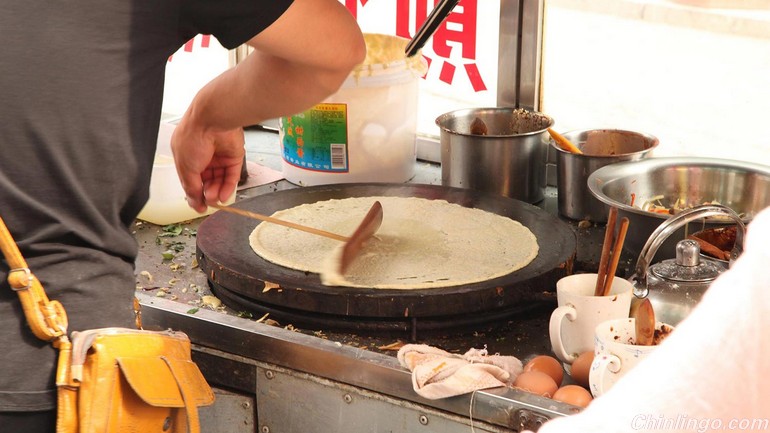 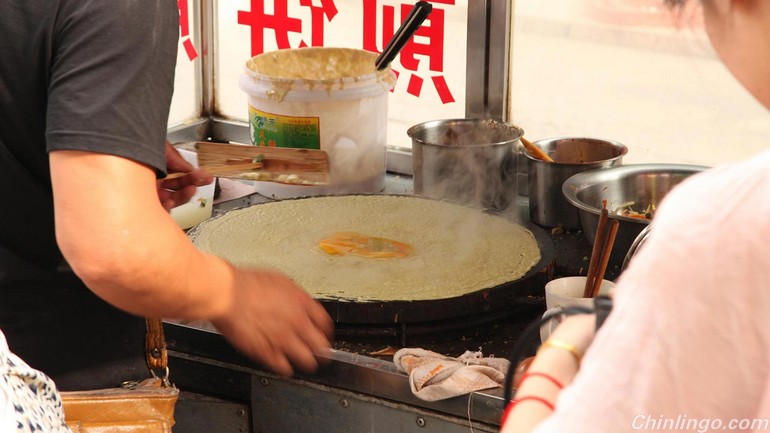 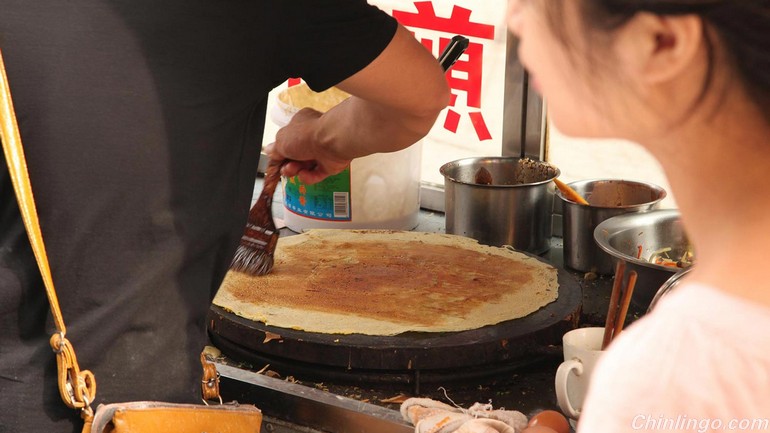 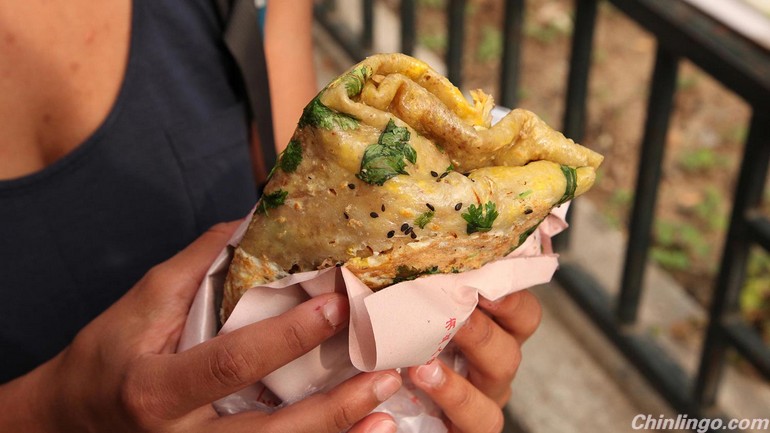 Essentially what you've got is a bit of carb-on-carb action, crisp wrapped in soft. We ordered ours with a piece of battered fried chicken wrapped up in there with the cracker. As the whole thing steams, the inner cracker softens a bit, but you still get an awesome mix of texture and flavors, especially with that chicken, which had a bit of a Colonel's 11-secret-herbs-and-spices thing going for it.

We split one for breakfast but were so full that we ended up almost skipping lunch. The only thing we ate in the afternoon was a few more of those tasty lamb skewers doused in cumin and chile powder. Not nearly as good as the ones we ate on the first night, but still pretty damn tasty. 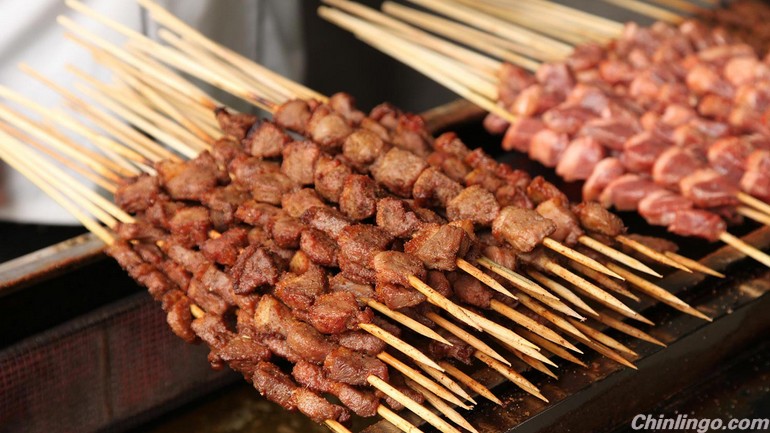 It was only as we were walking back to the hostel after downing a few more lamb skewers that we realized that we've eaten nothing but snacks since arriving in Beijing. I mean, dumplings, meat-on-a-stick, folded-up-things-in-paper-pouches and bar food are all well and good, but perhaps it's time for a real meal?

Good thing I got a tip from Megha Rajagopalan, Reuter's Beijing correspondent, on where to feast on the best Beijing duck in the city. Adri and I canceled our reservations for the ultra-modern Dadong and have our sites set on the more classic Siji Minfu to taste Beijing's most famous dish in its home town for the first time.

Read all about it here and stay tuned for the next part of the adventure, in which we visit the Great Wall, get really excited about some crayfish, and deal with the fallout of foreign bacteria attacking our native fauna.