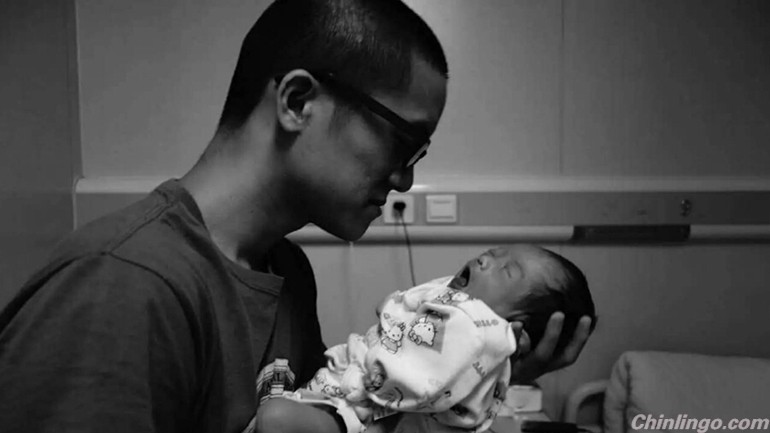 Shen Bolun and Wu Xia, who are not married, celebrated the smooth delivery of a healthy girl in Beijing on Sunday. But the joyous event came with a price tag: a government fine.

The local family planning office had notified them in April that the two would have to pay a "social maintenance fee" of 43,910 renminbi, or about $7,200, to register their daughter's birth.

Governments across China impose the levy on parents who are unmarried or otherwise seen as violating family planning regulations.

The couple shared their story online on Sunday, starting a debate about how involved the state should be in citizens' decisions to have children. Hundreds of people have since offered to contribute money to help the new parents pay the fee.

"In this society, an abortion seems to be the easiest, most convenient choice," Mr. Shen, a 26-year-old artist, wrote in his post. "But we both really love children. And, no matter the timing, having a child was for both of us an immeasurably joyous event."

Last year, members of China's legislature, the National People’s Congress, publicly called for the social maintenance fee to be scrapped. The State Council, China’s cabinet, is considering amending the regulations, the state news media reported at the time.

But for many, the easing of government controls is not coming fast enough. And the social maintenance fee, which has been collected since the 1980s, remains in place.

"With a full year's well-established evidence of lukewarm response following the policy change, the government has made no progress in spelling out the next steps to lift controls over people’s childbearing," Wang Feng, a sociology professor at the University of California, Irvine, who studies China’s family planning policies, wrote in an email.

"Young Chinese couples, unlike their parents' generation, are much less tolerant of the bureaucratic control and harassment," he wrote.

Liang Zhongtang, a demographer with the Shanghai Academy of Social Sciences, noted that unmarried couples were being fined even if they had only one child. "It doesn’t matter if it’s the first or second baby," he said in an interview. "Of course unwed parents shouldn’t be fined for having kids. It’s ridiculously wrong and should’ve ended already."

Normally, parents in Beijing must be married when they apply for a hukou — a residency status that ties access to subsidized social services to one’s hometown — for a newborn child. Without marriage, they would need to submit other documents, including a paternity certificate and receipts showing they have paid the social maintenance fee.

The fee varies by locality. In Beijing, the fine for a child born "out of plan" is the average annual disposable income of local residents. Additional births in violation of family planning rules can lead to higher penalties, up to 20 times as high in Beijing.

In a case that received nationwide attention last year, the prominent film director Zhang Yimou was fined 7.5 million renminbi, or $1.24 million, for having had three children with his current wife before they were married. He also has a child from a previous wife.