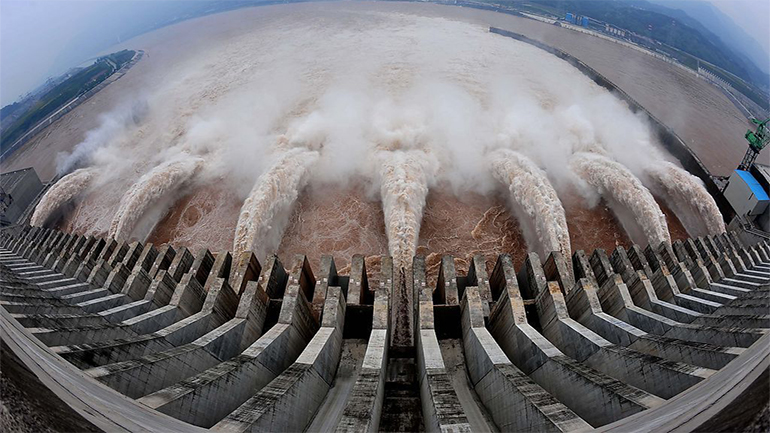 China could be wasting enough hydroelectricity to power Britain and Germany for a year, depriving its smog-bound eastern regions of huge volumes of clean energy as a result of poor planning and weak grid infrastructure.

An often controversial dam-building programme raised China's hydropower capacity to 300 gigawatts last year, but a preoccupation with capacity rather than efficiency and grid connectivity has created huge local surpluses that are often literally flushed away, executives said.

Hydropower is a key component in China's efforts to cut coal use and meet pledges made during global climate talks to raise the share of renewables in its total energy use.In the first four months of this year, when power generationas a whole rose just 0.2 percent, hydropower generation rose15.3 percent.

Doubling Chinese hydropower usage could cut coal use by about 500 million tonnes a year.

In the southwestern province of Sichuan, where hydro output rose 19.1 percent in January through April, official National Energy Administration data showed that plants were forced to release water that could have generated an additional 9.8 billion kWh last year had the grid been able to absorb it.

One of Sichuan's rivers, the Dadu, is emblematic of the problems. Developers there were encouraged to build dozens of dams with little regard to overall planning or the environment, creating a huge glut.

"It was like a piece of meat being chopped and chopped very badly," said Xie Changjun, the vice-president of the Guodian Corporation.

Chinese officials said they are currently looking for ways to solve such problems through reforms to the system.Some of those reforms could include plans to allow industrial firms to sign power supply contracts directly with local power plants instead of going through the grid, but that is unlikely to help hydro plants in remote southwest China, where industry is undeveloped and local power demand weak.