Is eating street food in China an adventure? 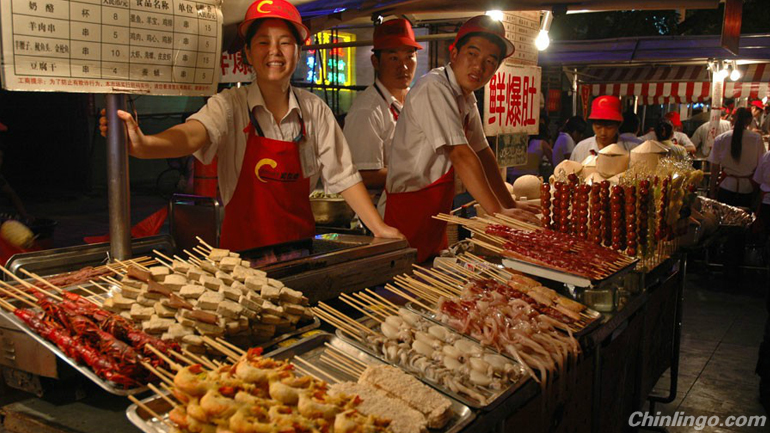 I've been receiving comments and emails lately warning me about the safety of the street food that I eat in my videos. It's old news that food safety scandals are afoot in China, but it's definitely not as bad as the media makes it out to be. As somebody who eats Chinese street food almost everyday, I want to shed some light on this gutter oil and rat meat sensationalism and restore foreigners' courage to try street food in China.

It all started with a few people who processed and sold tons of barrels of recycled gutter oil at below-market prices to low-end Chinese street vendors and hole-in-the-wall restaurants. After this ring of illegal oil dealers was uncovered, videos and news stories sensationalizing gutter oil in Chinese street food hit the web. Now, people are concerned that their grub might be cooked with gutter oil.

Since I regularly eat in street food stands and hole-in-the-wall restaurants, you might ask, “How do you know you aren't eating gutter oil?” Honestly I can't be sure whether my jianbing guozi was cooked with gutter oil or whether the mutton skewers I devoured last night were actually rat meat, but I ate them anyway, and they tasted heavenly. After almost a year in China, I haven't gotten sick because of street food. Once, I accidentally drank a few cups of unboiled water from the sink. Don't make that mistake.

it's impossible to know which stalls have good food, but your instincts are usually a great indicator of what's good and what isn't. My strategy for eating street food in China is simple: If it looks good, I try it. If it tastes good, I eat it. If it tastes like garbage, I spit it out. Rarely do I encounter food that I have to spit out.

A single Big Mac patty can contain meat from up to a thousand different cows from five different countries. I've met foreigners in China who won't go near street vendors yet they're happy eating in Chinese McDonald's. Fact is, neither one of us knows exactly what we're eating or where our food is coming from.

The media has a way of making a big deal about stuff that doesn't have that great of an impact on us (gutter oil, rat meat) because it makes for more head-turning news than the legal everyday stuff that significantly impacts health, like preservatives and an overall poor quality of diet. But that's old news. If you want to avoid eating deep-fried food, don't do it because you're afraid of ‘gutter oil,' do it because deep-fried food is unhealthy.

The production of recycled gutter oil for human consumption is revolting and should result in severe punishment like life imprisonment and in some cases the death penalty, but I'm not going to abstain from eating out because of a few sensational videos and news stories.

My advice: Don't let food scandals frighten you so much that you never allow yourself to experience the greatness of Chinese street food. Your own instincts and perceptions are the most reliable method of determining which food is good and not good.

0 responses on "Is eating street food in China an adventure?"