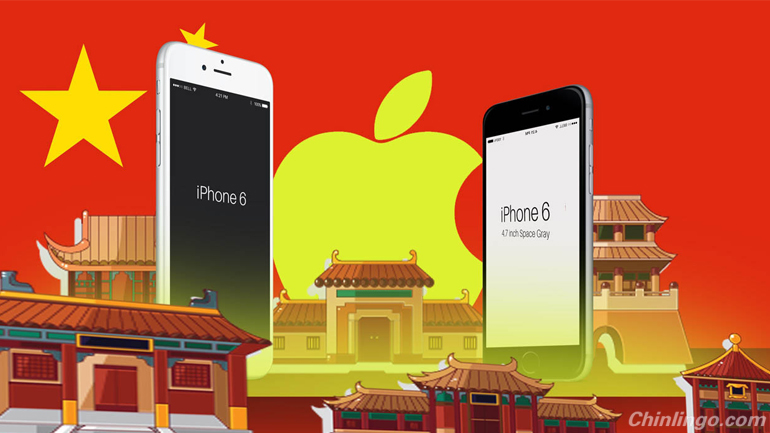 Apple's biggest growth drivers last quarter were familiar ones. Its iPhone business—long the company’s focus—grew by more than half, to $31 billion, on 47.5 million shipments. And its Greater China region sales continued their momentum, more than doubling to $13 billion—representing more than one quarter of the company’s revenue.

But it’s the intersection of the two that’s interesting. The iPhone in China has become the Apple story right now. 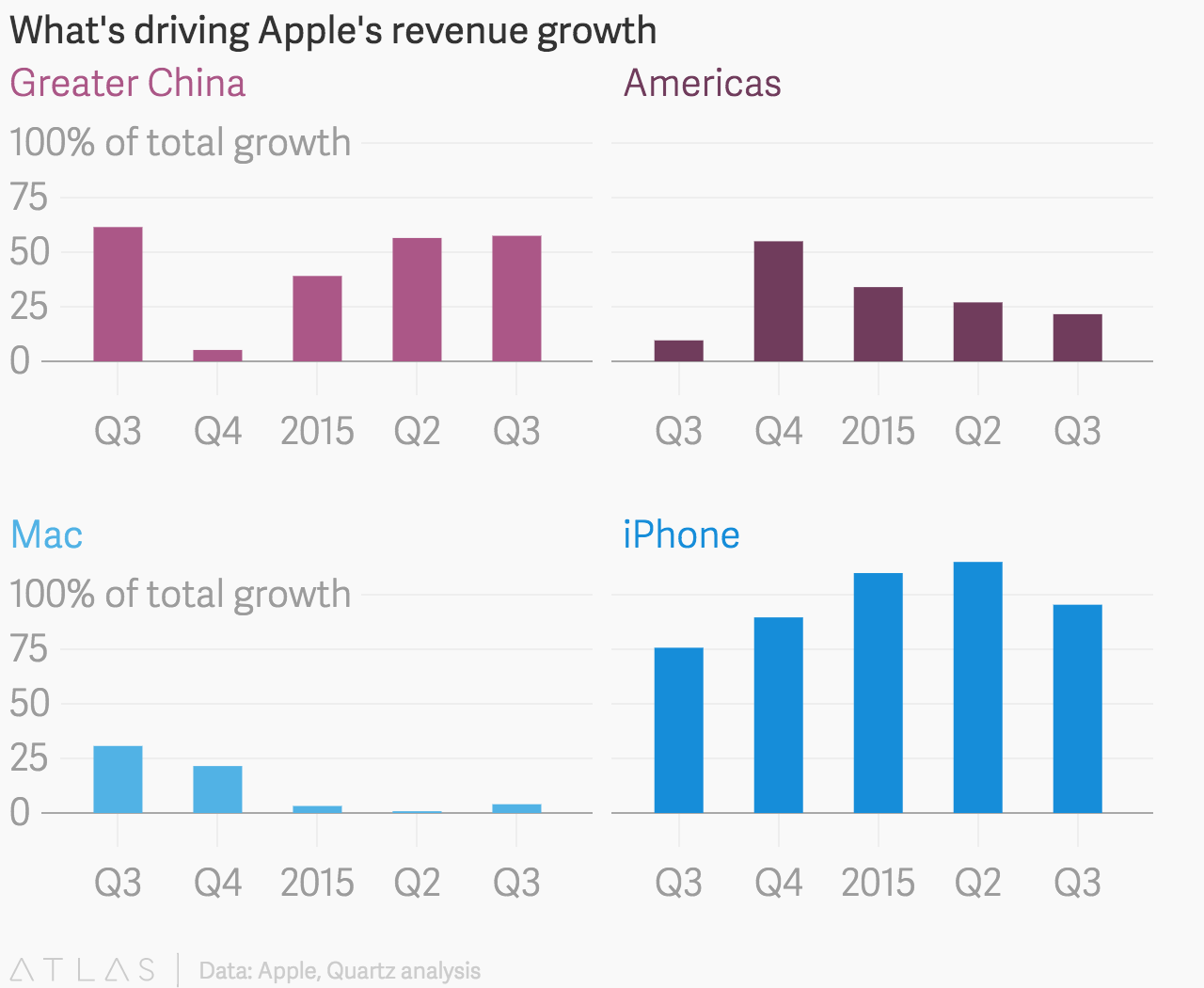 Apple didn’t specify how many iPhones it sold in China last quarter. But CEO Tim Cook said on the company’s earnings call on July 21 that iPhone unit sales there grew 87% year-over-year. “This is particularly impressive,” Cook added, “given IDC’s estimate of only 5% growth for the Greater China smartphone market.”

Apple’s stolen share comes mostly at Samsung’s expense. But it is also taking a big chunk of the profitable, high-end of the market away from Chinese handset companies, which include Lenovo, Xiaomi, and Huawei.

China’s growing consumer class also loves the aspirational Apple brand. According to a survey conducted by Hurun Report, Apple was by far the most desired luxury brand among wealthy Chinese—men and women.

This, of course, has long been a key part of Apple’s playbook, and its marketing efforts in China are palpable. It continues to open grand new flagship retail stores, with 22 now open in China, and a goal of 40 by the middle of next year.

More broadly, China represents Apple’s most immediate, massive growth opportunity, as growth slows in its more mature markets, such as the Americas and Europe. Despite recent stock-market volatility, “nothing that’s happened has changed our fundamental view that China will be Apple’s largest market at some point in the future,” Cook said.