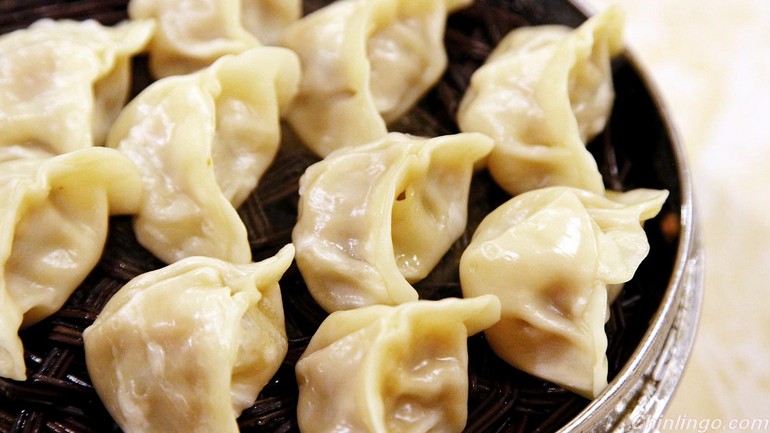 Almost exactly a year ago today, after three and a half decades of East Coast life, my wife Adri and I packed up our New York apartment, shipped it off to the netherworld of long term storage, drove across the country, shaved my head, bought some big ol' backpacks, and hopped on a plane to China, where we spent over a month traveling before moving on to Thailand, Singapore, Indonesia, Malaysia, and Australia. It was meant to be the vacation of a lifetime, but as much as I promised my wife that I wouldn't be working, it seemed almost criminal to pass up the opportunity to keep a travel diary. Sure it meant taking an hour or two out of each day to keep track of everything that happened to us, everything we ate, everything I thought, but now, reading back on it a year later, I can say with confidence that it was worth the trouble.

Here now is the first part of my Chinese travel diary in an only slightly abridged form. Hopefully it'll make you want to hop on that day-long flight yourself.

It's 4:07 a.m. here in Beijing. Adri and I arrived a few hours ago and just got back from eating the most delicious 4 a.m. food I've ever had in my life. That's the reward for a 24 hour journey, I suppose.

Our plane—a new flight from San Francisco direct to Chengdu—was something that called itself a "Dreamliner," which roughly translates as "newish airplane made with composite materials that features really awesome windows that work sort of like those glasses that automatically turn into sunglasses when they get hit by the sun except you can control the tint with buttons at your seat."

The windows were awesome, especially because their manual controls get shut off after take-off, which means that the oblivious old lady who's sleeping with her eyeshades on in seat 27F can't accidentally render your entertainment system useless by leaving her shades open for the whole-13 hour flight.

That is, of course, only if that entertainment system was working in the first place. I really look forward to long flights. They're an excuse to catch up on all the new movies that I can't ever justify spending the time to watch unless I'm stuck on an airplane. Unfortunately, the entertainment systems at our seats had no audio, which is rough when you're going to spend over half a day sitting in the same position. I unsuccessfully tried to use that fact to wheedle my way into a first class seat, but the managing flight attendant wisely decided to give me a polite but firm no. Had she said yes, I would have spotted the weakness in the airline's seating policies and I undoubtedly would now be scouring China's heavily-censored internet for instructions on how to sabotage in-flight entertainment systems for a lifetime of free seat upgrades.

It struck me, as we touched down amid the low warehouses and symmetrical apartment complexes, how much the city of Chengdu looks like a series of capacitors and microchips set into a giant motherboard when viewed from above.

I could also mention that the lady behind me kept sticking her feet up in between the seats, so that every once in a while I'd feel a pair of besock'd toes bump up against my elbow, or that I spent my flight from Chengdu to Beijing sandwiched between a fellow who kept spitting peanut detritus into my ear as he shouted across the aisle to what could have been his best friend or worst enemy or perhaps just a casual acquaintance (I've quickly come to realize that tone and volume seem to have nothing to do with interpersonal relations in Chinese interactions), or that the one bag we reluctantly checked never made it to Beijing (though Air China swears it'll be delivered to our hostel tomorrow afternoon), or that we waited over an hour for a taxi at the Beijing airport.

I could mention all these things, but I shouldn't. I am no longer a cynical New Yorker; I am now a happy-go-lucky, world-traveling West Coast dweller, and I should be counting my damn lucky stars.

After all, I'm on the first day of a vacation that started by flying half way around the world in a giant metal cylinder, all for free (my wife, Adri, works wonders with airline miles), and if that's not something that I should be satisfied with, then I don't know what is. So no more complaining. Instead, how about some food?

Adri and I walked out of the hostel doors shortly after arriving around 3 a.m., asking if there was any food available anywhere at this hour. We were told the 24-hour convenience store around the corner would have some snacks, and they did. Scary-looking bright red hot dogs available in two forms: naked (twirling in 7-Eleven-style hot dog rollers) and rolled into big steamed buns. The Chinese, the Japanese, and church potluck-goers all seem to have a thing for dough-wrapped wieners.

Fortunately, just as we were about to submit to fate and enter the brightly lit shop, we caught the faint but undeniable aroma of hot coals. You know when Toucan Sam gets a sniff of Froot Loops and he floats away on the visible vapors that lead him to the bowl? It was kind of like that, if those vapors were occasionally overtaken by random scents like cat pee, human vomit, and overturned garbage cans. Nevertheless, we found the source: a small shop with four young folks watching a World Cup match, drinking liters of beer, and grilling skewers of meat on a live coal fire outside.

I find that with most restaurants, it's pretty easy to negotiate a deal even if you don't speak a common language. Point at something, rub your first two fingers and thumb together (the universal symbol for "how much?"), nod in approval, and you're good to go. This gets complicated when what you are trying to order is small pieces of meat on a stick. Does five fingers mean five pieces of meat per stick? Or does it mean five sticks? Or perhaps it means five yuan (about 75¢) for one stick? Or perhaps five yuan for five sticks, each with five nubs of meat? 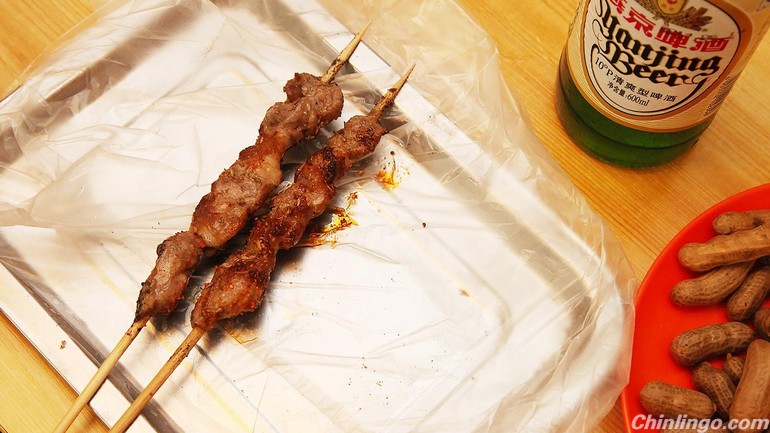 We planned for the worst and hoped for the best and ended up getting more than we thought we would.

First up, a plate of peanuts, boiled in salted water flavored with star anise. I've never loved boiled peanuts, but these guys were tasty, and a good accompaniment to the incredible cheap beer. Ah, Beijing, where the beer flows like water, and the water flows like grimy streams down the sidewalk.

Next, our skewers. Turns out it was three skewers, each with five pieces of meat, and each for five yuan. Not a bad price, especially considering this was some of the tastiest street-meat-on-a-stick I've had anywhere. Alternating cubes of lean lamb meat and straight-up lamb fat, seasoned generously with salt, cumin, and ground red chili. The fat cubes were crisped up like the edges of a perfectly-cooked steak, rendering their juices over the lean meat. Our hosts, who very politely offered us cigarettes when they lit up (I can't remember the last time I saw someone smoking in a restaurant, but I'd guess the opposite is true for Beijing residents) got a kick out of saying "you're welcome," when I sheepishly offered a xiexie. It was the least I could do for such tasty lamb.

Walking down the dark street back towards our hostel, I had just finished telling Adri that given food this good, barring the loud noises and incessant loogie-hocking, China and I were going to get along just fine, when we spied a man and woman bent over, working in front of a giant wok set over a roaring gas flame, steam rising in a thick plume through a skyline of metal steamers. 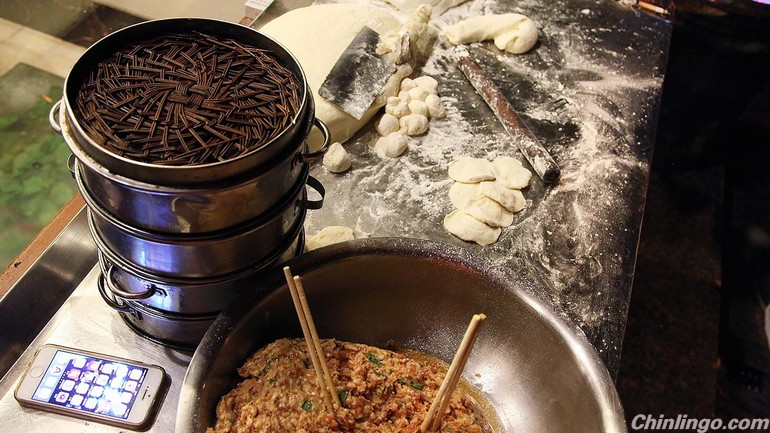 OMG, this is everything I hoped and wished for, I said to myself. As we got closer we saw the duo cutting off balls of fresh, stretchy dough, rolling them out on a floured table top, stuffing them out of a big bowl of seasoned pork, and pleating them into tiny crescents at breakneck speed. 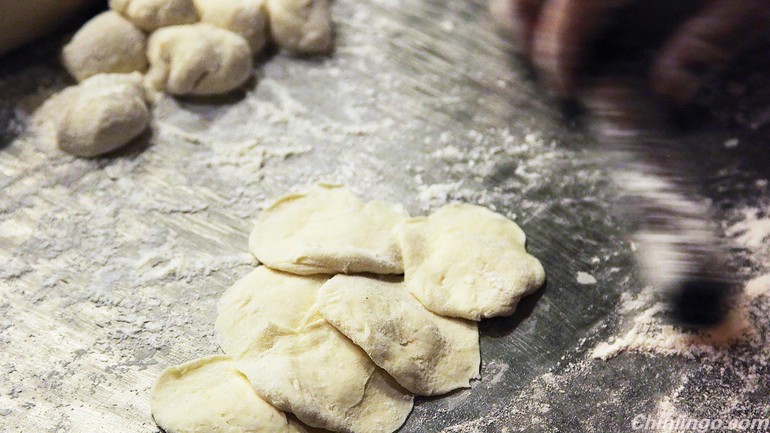 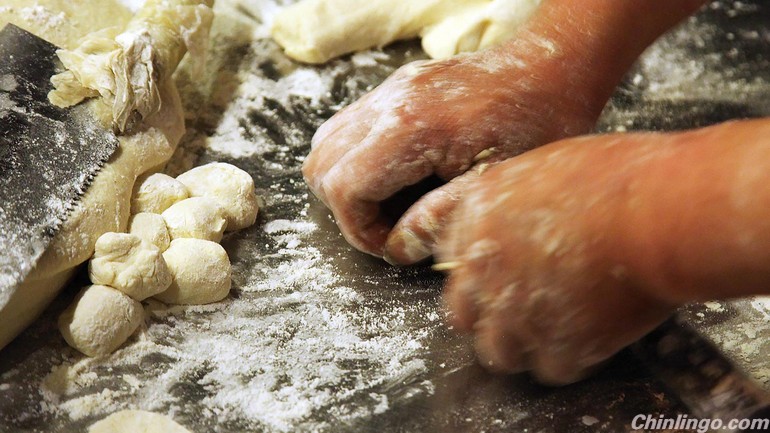 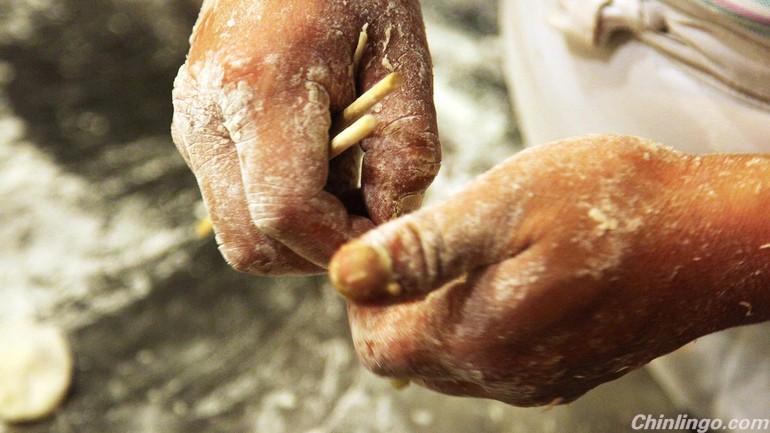 Six yuan and 30 seconds layer, Adri and I were sitting in front of a steaming array of a dozen of them. We got chastised as Adri poured black Chinkiang vinegar directly over them, the vinegar flowing straight through the wicker steaming tray and onto the table below. Silly foreigners, didn't you see the bucket of small grab'em-yourself dipping dishes stacked pushed into the traditional dipping-dish-bucket at the back left corner or the restaurant? 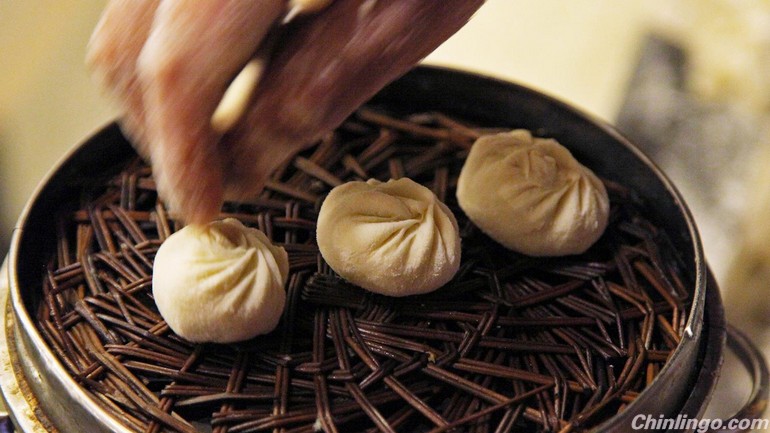 Have you ever had that Total Recall-style experience that made you realize you've spent your whole life living a lie? That's what happened to me as I bit into the first dumpling, feeling the pliant, stretchy, delicate skin pulling away between my teeth as the tiny nub of mildly seasoned pork released its juices. 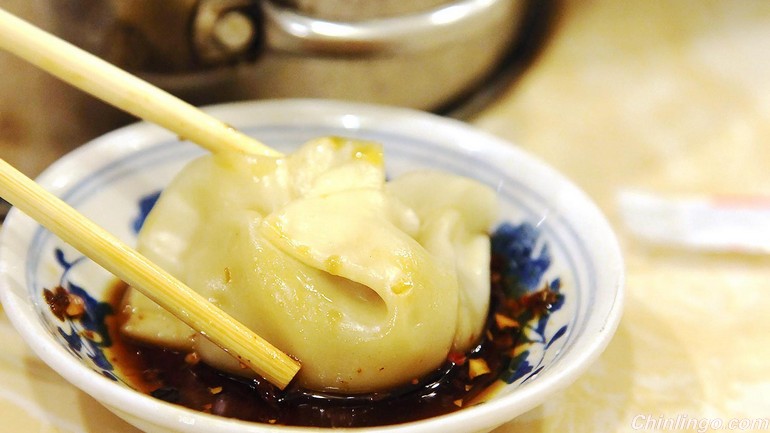 Suddenly, even the best of those five-for-a-dollar dumplings I ate so many of in New York were revealed as the slipshod My-First-Dumplings that they are. Even my belovedQingdao Garden in Cambridge, whose steamed zheng jiao were my gold-standard up to this point, now seem clumsy in comparison.

As we were leaving, we spied the dumpling team folding a different kind of dumpling, these ones made with a leavened dough pleated into a drawn purse-shape, sort of like miniature xiao long bao, the soup-filled dumplings from Shanghai. 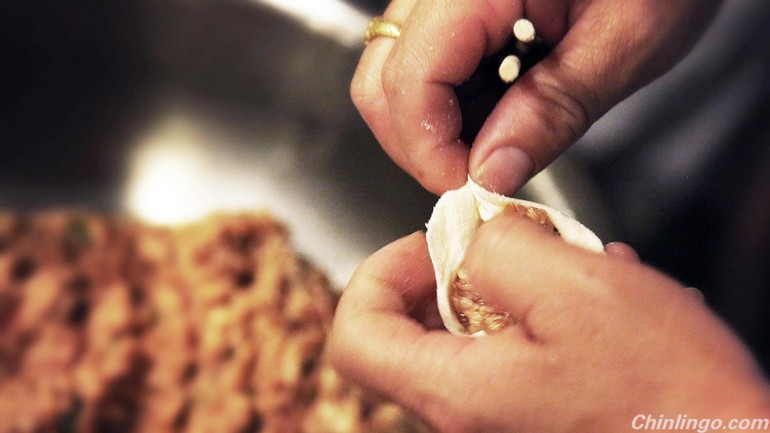 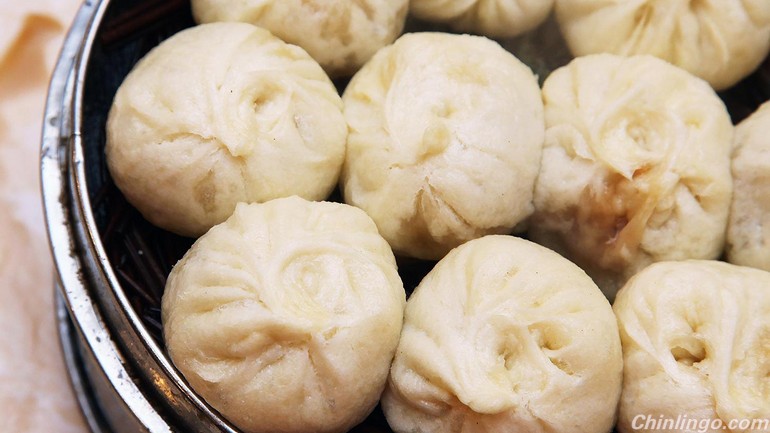 I've never seen dumplings like this state-side. The juicy pork filling was the same, but the skins were a softer, more absorbent dough. Still plenty stretchy with just enough structural integrity to hold back the juices within, but porous enough to absorb a good amount of vinegar and chili on dipping. 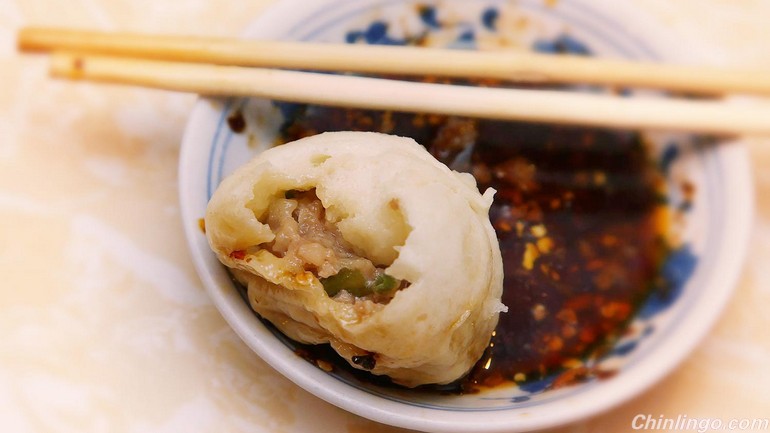 Any dumpling experts out there know what these are called?

Here's a pretty good rule of thumb for a tastier (and perhaps more dangerous) life: If you are in Asia and see smoke or steam coming out of a dark alleyway, investigate. I plan on following through with this rule several times tomorrow as we explore the alleyways of Beijing's Nanluogu Xiang neighborhood.