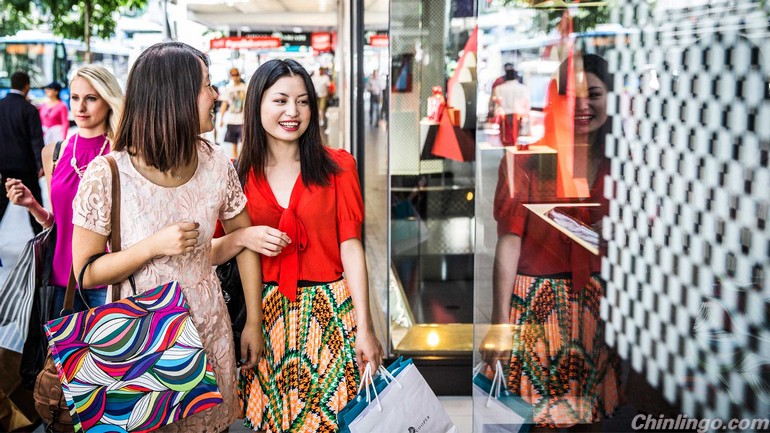 Australian tourism is benefiting from a surge in arrivals from China.

It’s because Australia is getting a slice of the explosive growth in Chinese outbound tourism of recent years.

Courtesy of the United Nations World Tourism Organisation, the chart below shows Chinese outbound tourism spending compared to other G20 nations such as the US, Germany, UK, Russia and Australia. 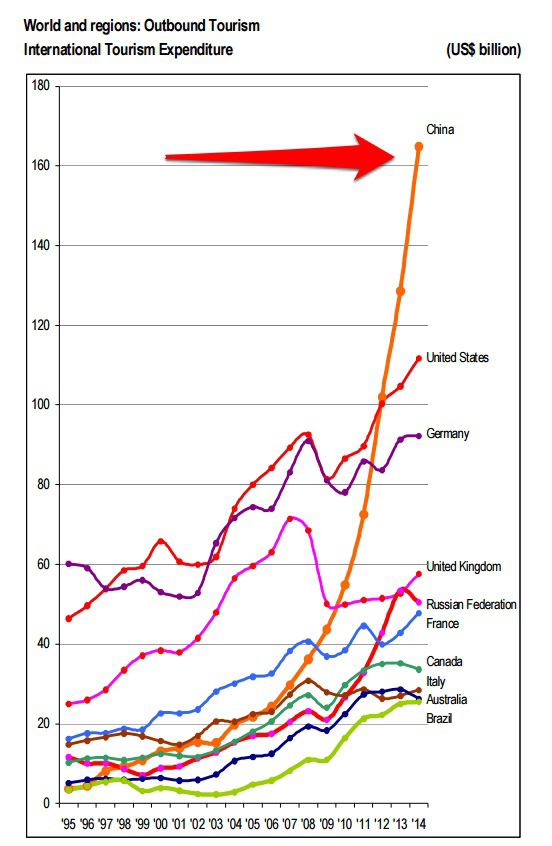 As you can see, expenditure by Chinese tourists has been parabolic in recent years. In 2014 it grew by 28% to $165 billion, dwarfing the United States in second-place with expenditure rising 7% to $75 billion.

With Chinese tourist numbers growing strongly in recent years as a result of increased household wealth, as seen in recent Australian arrivals data, it is likely that the gap between China and other major nations will only continue to grow in the years ahead.