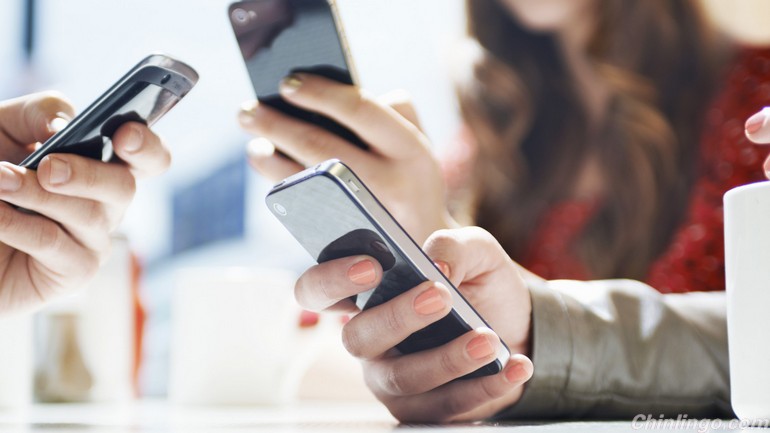 Users of 3G and 4G smartphones (智能手机) in China are on pace to make up two-thirds of the country's mobile connections by the end of this year, according to a new industry study.

Smartphones will account for 913 million, or 68 per cent, of the estimated 1.3 billion mobile connections in the world's second-largest economy by the end of this year.

That is up from 805 million last year, added the industry association, which is made up of nearly 800 mobile network operators worldwide.

The total figure includes people who have multiple devices. GSMA estimated that there were around 691 million unique mobile subscribers in mainland China.

"Our study published today reveals a vibrant domestic device market that has established the smartphone as a lifestyle hub and digital platform for millions of Chinese citizens," said Hyunmi Yang, the GSMA's chief strategy officer.

As a share of mobile connections, smartphone adoption in China reached 62 per cent at the end of the first quarter, beating the average level in Europe of 55 per cent, the study found. 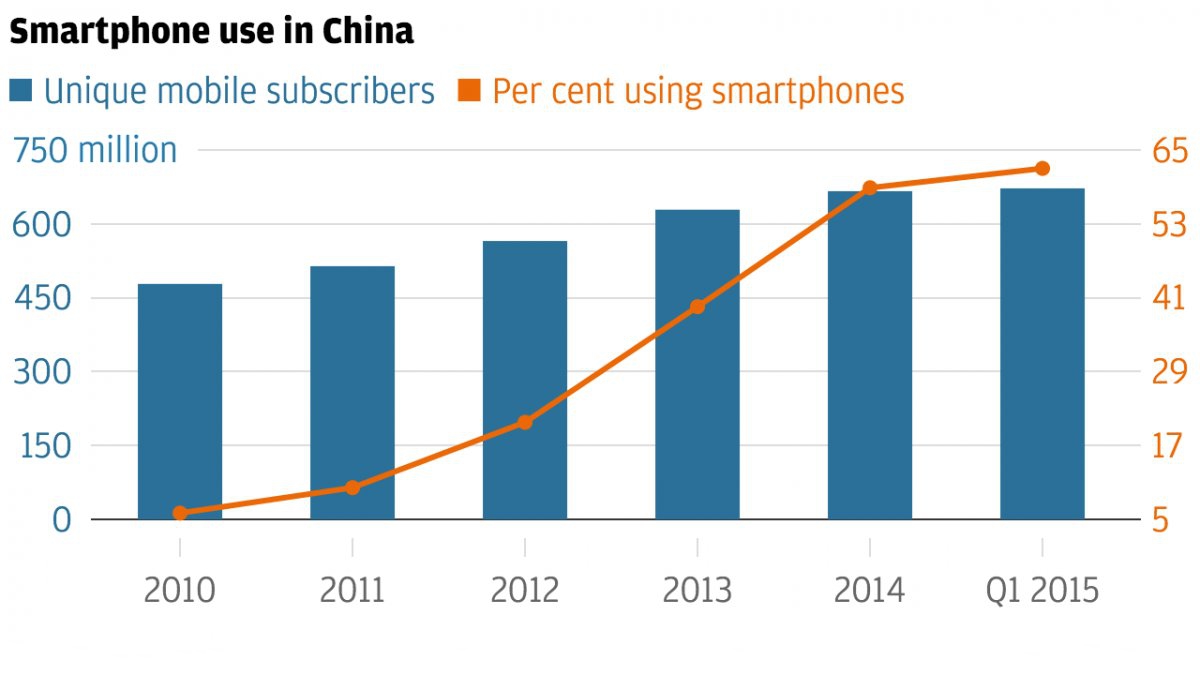 Early this year, China Unicom and China Telecom started their own deployment of 4G networks that use equipment for both TDD-LTE and the more mature frequency-division duplex long-term evolution standard.

The GSMA study predicted that 4G smartphone connections in China would reach one billion by 2020, up from 100 million at the end of last year, due to the surging popularity of brands like Apple, Samsung and homegrown players including Xiaomi, Lenovo and Huawei.

Yang said 4G models are now the primary driver of smartphone sales, as domestic mobile network operators migrate their existing 2G and 3G subscribers over to the improved service.

Bernstein Research last month forecast China Mobile would have 300 million 4G subscribers by the end of this year. The operator reported 816.3 million total subscribers as of May 31, which included 170.3 million on its 4G network and 222.7 million on 3G.

"China Mobile's LTE connections now represent 21 per cent of its installed base – roughly the point where penetration should accelerate," Cowen & Company analyst Tim Arcuri said in a research note.

It found that the average price of a smartphone in China was 1,100 yuan – 935 yuan for a domestic brand or 1,765 yuan for an international brand.

Chinese brands like Xiaomi, Huawei and Lenovo are now starting to target the mid- to high-end market, Yang said.

0 responses on "Number of smartphone users soars in China"