Are Chinese people rude or are just too ethnocentric? 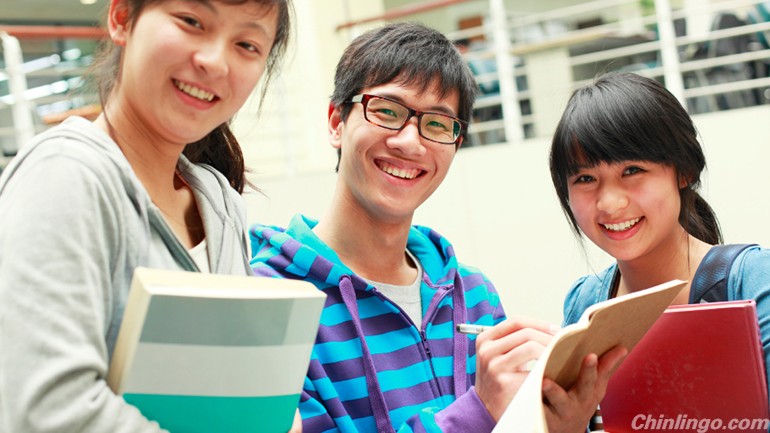 My weekly lunches with a foreign co-worker  have too often degenerated into a recap of all of the 'rude' behavior that we have observed (or been subjected to) since we last met. Like being shoved into the side of a bus by a crowd or having someone almost run us over with their scooter as we crossed a campus street. Or seeing someone spit right in front of our shoes on the sidewalk.

Sometimes we don’t even have to talk about such behavior in the past tense. It is happening even as we eat lunch. A boy lets a door slam in a girl’s face (and then they go and sit down to have lunch together). Or a boy is talking loudly on his cell phone right behind us apparently forgetting where he is.

"Chinese people are just rude", my friend remarked to me recently. "People simply don't know how to be polite here".

I thought about this statement for a moment before responding. A few years ago, when I first got here, I probably would have wholeheartedly agreed with him. The pushing, shoving, spitting, peeing, yelling, cutting, obstructing, etc, was at first overwhelming for me.

In fact, if you have been a regular reader of my blog, you know that I have often vented my feelings about this kind of behavior.

But after being here for a few years, something bothers me about calling this behavior outright rude. I’m not sure anymore that it’s fair to use that label.

"What does the word ‘rude’ actually mean?" I asked my friend. “Who decides what ‘rude’ means?”

This very question has been bothering me for a while now. Thousands of foreigners come to this country each year and very quickly condemn Chinese culture as rude and uncivilized.

But aren't we making this judgement on the basis of a comparison between our cultures and Chinese culture? Are we not defining rude behavior as the opposite of the social norms in our countries?

And if so, is it not a bit arrogant to come here and tell the Chinese that they are rude?

“Do you notice when someone pushes past you to get on a bus or when someone cuts in front of you at the bank because ‘they’re in a big hurry’”?

Most of my students said no. Why would they notice or even care? After all, they have grown up in such a culture. These behaviors are just normal here.

Yet, I am unwilling to completely let the Chinese off the hook for their ‘rudeness’. Aren’t there some behaviors that should be condemned in every society? Like when an old person is knocked to the ground while everyone is rushing to catch a subway train? Or when a scooter darts out into the street without looking to see if a car is coming?  Or when a child takes is allowed to take a pee right in the middle of the vegetable section in the supermarket?

Or is that just my ethnocentrism kicking in again?

I suppose that at one time, like many other delusional foreigners, I somehow thought that I could contribute to changing the ‘system’ here. I thought that maybe I could help my Chinese students and friends to understanding that looking out for other people is also important.

Who was I kidding? And what was I thinking? This is not my country.

In the end, you either have to accept the way the culture is here or get out. And if you accept it, it probably won’t be along before it becomes a part of you.

0 responses on "Are Chinese people rude or are just too ethnocentric?"