Several generations of Dong families sometimes reside together in these large, two-storey houses, in small villages of 20 to 40 homes. The tiny size of these hamlets fosters a close-knit social environment, and the strong sense of community is palpable in the village squares.

While inspecting a wonderfully intricate wooden pavilion in Yanzhai village, a group of old men gestured for me to join them. They seemed to be asking me where I was from – the obvious question to pose to a Caucasian visitor in a far-flung Chinese town. I tried, forlornly, to answer. “Australia?” I got blank stares. “Kangaroos?” The same reaction. 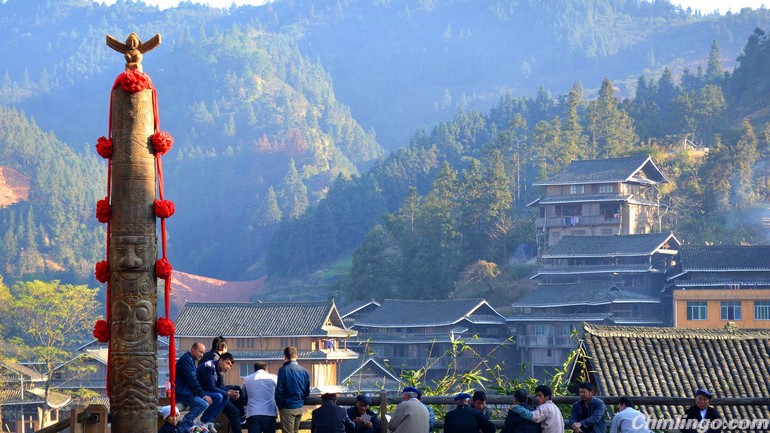 Then I realised that a product of modernity, the very thing threatening the cultural heritage of these Dong men, could help bridge the conversational chasm. I unfurled my iPad and soon the men were enraptured as they passed it around, sharing photos of my home city of Perth, of Australia’s native wildlife, and of my family and house.

Each man appeared to be elated by the rare interaction. It was a poignant moment that was broken only when one of them stood, wiggled his hips and pointed towards the village of Pingzhai. I had forgotten that, at 10 am each day, a group of villagers performed traditional song and dance in Pingzhai’s square. 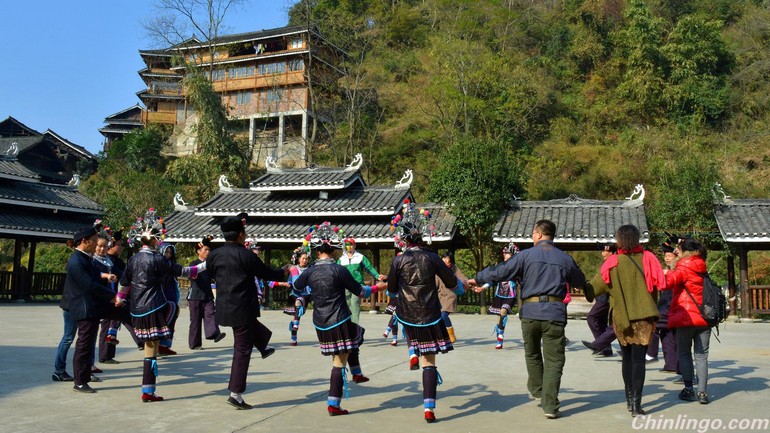 When I arrived, a troupe of young men and women, decked out in vibrant cotton-and-silk outfits, were entertaining a crowd of about a dozen Chinese travellers. One male dancer was so shocked to see a Western tourist that, in his distraction, he missed several steps, giggled in embarrassment and had to wait to re-synchronise with the others.

Booming drums set the rhythm while wind instruments added texture. The talented dancers, singers and instrumentalists operated in harmony throughout. It was a nearly flawless display. 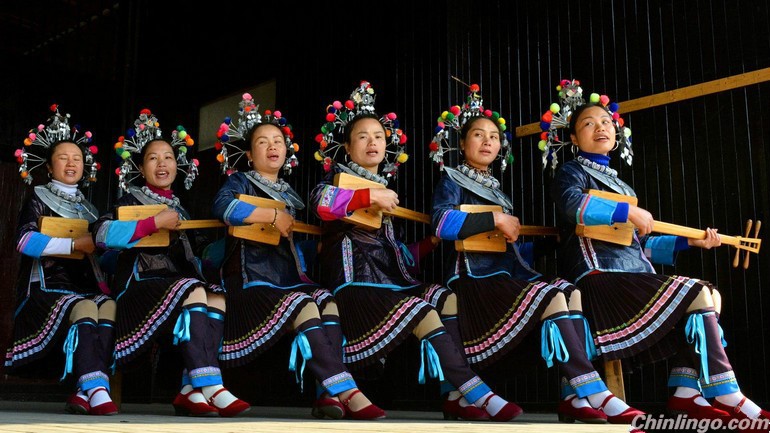 After their 45 minute showcase, the performers contentedly posed for photos with doting tourists. Their confident demeanour hinted at a fierce pride, both in their performance and in Dong culture. An ethnic group of less than three million people in a country of almost 1.4 billion, the Dong were mostly peasants, until autonomous regions like this one were set up in southern China in the mid-20th Century.

Following this, the Dong people began to prosper; they were diligent farmers and had gained acclaim for the elaborate wooden bridges that span each of the village’s fertile rivers. The most famous Dong bridge, the magnificent Chengyang Wind and Rain bridge, is almost 80m long and 11m high, adorned by delicate carvings. 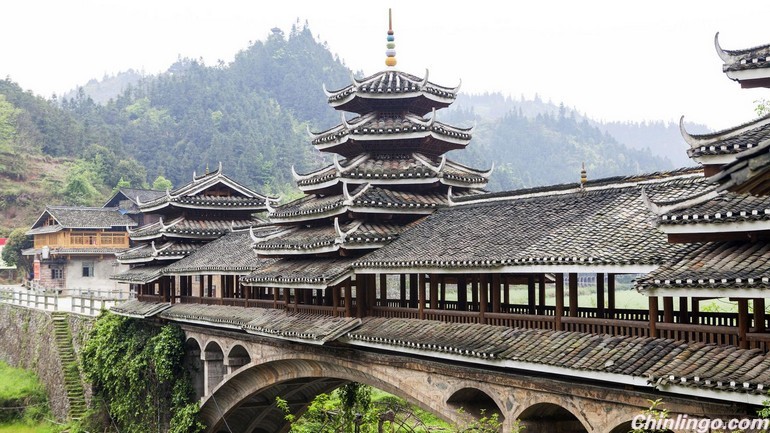