We were driving down a dusty, uneven road that wound its way through a
lush valley in an isolated corner of China's Guangxi Province. The taxi
bounced from pothole to pothole, its suspension undergoing a robust
test. To the left and right, chickens wandered amid fields tended by
hunched-over farmers. Then, from around a corner appeared an incongruous
sight: wedged at the end of the gravel road was a gleaming new train
station.

It had no proper entrance, no car park, no lighting and certainly no
landscaping. Yet Sanjiang South station was in operation, with
state-of-the-art bullet trains gliding up near-silently to the platform
before zooming off and reaching speeds of up to 350kmh.

The scene encapsulated the contradictions of modern China, the
station and trains representing the height of sophistication while
sealed roads and other basic infrastructure were still to follow. This
is a nation in a serious rush, intent on swift modernisation yet
seemingly unconcerned with the thoroughness of this process. Mandarin
has no tenses to indicate past or future. In contemporary China, it
appears that now is all that matters.

On one hand, Sanjiang South station was a welcome sight. It had been
open just one day when I arrived, and the new rail service would save me
from retracing the uncomfortable five-hour bus trip I had endured to
get here from the tourist hub of Guilin city, about 150km to the
southeast. On the other, I knew the easier access would greatly threaten
the purity of Sanjiang Dong Autonomous County, a rural section of
China’s deep south, where the Dong people have lived for more than 1,000
years. This tribe, with its colourful garb, stilted homes and
elaborately designed wooden bridges, are scattered throughout Guangxi
Province. But nowhere is their fascinatingly simple and traditional
lifestyle better showcased than in the ancient hamlets of Chengyang,
where eight villages skirt the winding Linxi River amid verdant
farmland. 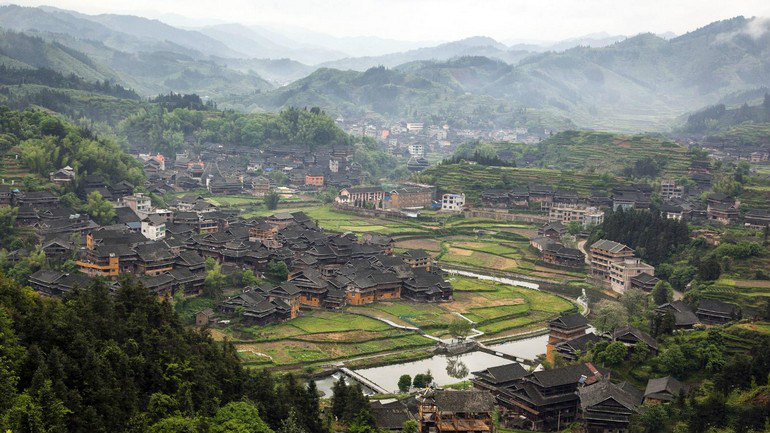 Thus far, Chengyang has avoided the tourist influx that comes as
China’s cities sprawl further, swallowing up timeworn neighbourhoods and
villages. The long, bumpy bus trip discourages most of the millions of
domestic and international travellers who arrive in Guilin each year,
lured by its stunning karst-spiked countryside. Instead they swarm to
the closer, hillside villages of Yangshuo and Longsheng, heavily
advertised by Guilin tour agencies, where the daily activities of the
Dong, Zhuang, Miao and Yao tribes have an often stage-managed like
quality. The villages’ proximity to Guilin has been both a gift and a
burden: visitor spending has boosted their economies, but the local
culture has been degraded and continues to erode.

Unfortunately, Chengyang may now follow a similar path. The new train
station means it is now only 90 minutes from Guilin, and already,
frenzied restaurant and accommodation construction is underway in the
first of its eight villages, Ma’An. Within 18 months, Chengyang could be
both renowned and congested. But its other seven villages have yet to
be altered, meaning right now there is a rare window for travellers to
experience Dong culture before the villages change forever. 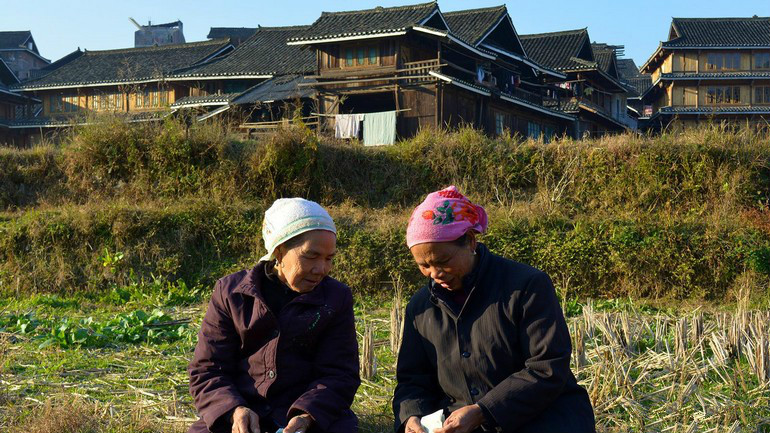 In the petite hamlets of Ma’An, Pingzhai, Pingtanzhai, Yanzhai,
Dongzhai, Dazhai, Jichangzhai and Pingpuzhai, daily life follows gentle
rhythms – no one is in a hurry. As the sun rises, roosters sound their
presence, fireplaces are lit, rusty kettles whistle and traditional garb
is collected from drying spots on the windowsills of stilted wooden
homes. Children gather in the sun to practice traditional song and
dance. The Dong women tend to domestic chores – rinsing clothes in the
river, sewing gloves for their children or plucking chickens bound for
the dinner plate. Other locals wander into the nearby fields to
undertake farming duties. The villages are fed by the wheat, rice and
sweet potatoes they grow, while money is earned through the soybeans,
tea and cotton they cultivate to sell in Sanjiang city, about 25km to
the south.

Each house is of deep significance to its owners. In Dong tradition,
when a child is born, several fir trees are planted. When the child
turns 18, they get married and are gifted the now-mature trees, and the
wood is used to construct the home in which they will raise their own
children. 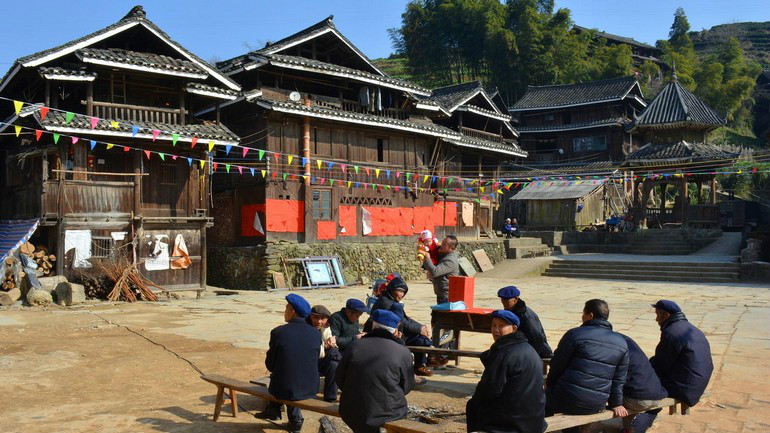