A foreigner’s experience at a Chinese hospital 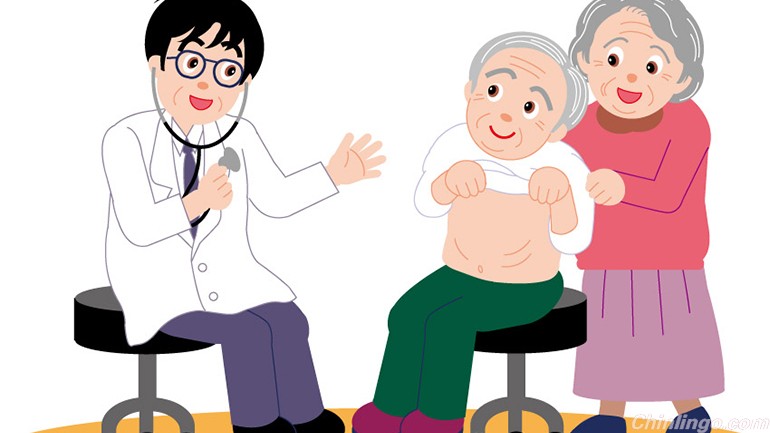 The ceiling above my outstretched body was just a blur as my stretcher was rushed down a long dark corridor. “Get out of the way! Move it!.” I am guessing that is what my Chinese attendants were yelling as they rolled me towards a large operating room on the other end of the hospital. For a moment, I panicked. Why were they yelling? Why the rush? I was just going in to have my appendix removed, was I not? And then I remembered. I was in China; a place where cars do not yield the way for ambulances, a place where everyone is looking out for their own interests. A combination of speed and frantic yelling was the only way my attendants could expect to push my stretcher through the masses of other patients waiting for help.

Tonight there is a full moon outside my window; I think it looks yellow. I have seen many full moons during my travels but tonight I am seeing one from somewhere I never hoped to be; a hospital room in Central China.

I turn my head away from the window and crane my neck to the left. There are two other patients in my room. One woman, who is next to me, had a tumor on her backside removed yesterday. She is resting comfortably now but she has been moaning off and on. Next to the door is a young man who underwent the same operation as I did. Unfortunately, his wound became infected so he is still in a great deal of pain. I feel blessed; my wound, while it is sore, is healing nicely according to the doctor.

I was not scared until I was wheeled into the operating room. I had never had an operation anywhere before, but here I was in China, a third world country, about to undergo an appendectomy. The pain had started on Tuesday morning after I had arrived in one of China’s largest cities via a 4 hour bus ride. It was also one of the hottest cities in China. I thought that I was just suffering from a bad stomachache. I drank orange juice and water while I waited in line to buy a train ticket. I was out of luck. I could not even find a ‘standing room only’ ticket to where I wanted to go.

I would have to try flying or taking a bus. Four hours later my discomfort was so great that I could barely stand up. I had, however, managed to secure a bus ticket which would afford me a bed and hopefully a good night’s sleep. I purchased the ticket at 15:55; the bus, which would carry me for 12 hours into the south of China, was leaving at 16:00. I rushed to the gate only to find that there was a big red metal lock on the door. There was a delay, I was told. The bus would be leaving an hour late. As it turned out, this delay may have saved my life.

By 16:30, I knew that I could not get on the bus. I was still convinced that I was just suffering from a bad stomachache but the thought of being trapped on a bus for the next 12 hours was almost unbearable. I called some friends in a city a few hours away and asked them to help me cancel my bus ticket. It was not easy but a sympathetic supervisor was able to refund me 80% of the ticket value. I could have cared less; I just wanted to find a cool place to lie down.

Fast forward two hours. I am pacing back and forth in my hotel room; it is the only way I can be comfortable. I have tried to throw up but I can only dry heave; nothing can take the pain away. I am also annoyed. Checking into this little hotel had been a big hassle. I was standing there at the front desk literally moaning with discomfort while the hotel clerks copy information from my passport onto a slip of paper that they must retain for their records. The paper is in English and Chinese; my passport Visa is also in English and Chinese. The process usually takes 5 minutes but they cannot seem to figure it out. What is my last name? Is it Vance? No, it must be Robert. Where was I born? Is it the same place where my passport was issued? I am growing more and more frustrated; my discomfort is also growing. I have to kneel down. I do not understand what is taking so long. I finally stand up and try to grab the passport from them.

I tell them in Chinese that I can do it. They smile and shake their heads. They tell me to wait. I watch as they slowly and methodically write every letter of my first middle and last names on their slip of paper. Twenty minutes later I find my hotel room. It takes me five minutes to figure out how to open the door; I think I was a little delirious. I throw my bag on the floor and I rush to the bathroom. I am just closing the bathroom door when I hear a knock on my hotel door. Guess who? It’s Tweedle Dee and Tweedle Dum again. They forgot to copy something from my passport. They need to see it again. I shove it to them through a crack in the door and wait for them to return.

Fast forward two hours. My friends hired a car and came from a city 2 hours away. Maybe I am still in denial about what I am experiencing but they are convinced that there is something seriously wrong with me. We find the nearest hospital which was not very near at all. Maybe 25 minutes away. We walk into the emergency room.

I talk with a doctor who can speak some English. She has me lay down on a small bed. She presses into my stomach and I whimper in pain. She nods her head knowingly and then sends me upstairs for some more tests. They test my blood and they give me an ultrasound. A surgeon examines me and he nods his head knowingly as well. I have appendicitis; I need an operation.

I spent my first night in the intensive care room; I cannot really call it a unit because there were at least 20 other people with me. Many of them seemed to be much worse off than I. Towards the front of the room was another standalone small room where the nurses prepared medicine and stored their notes. By this time, I was hooked up to an IV and my discomfort lessened as the inflammation around my appendix subsided.

The next fedays are nothing but a medicated hazy medicated memory for me. I remember being rushed dramatically to the operating room.

I remember the doctors peering down at me with curiosity and perhaps some amusement written on their faces as they tried to practice their English. I remember the injection into my stomach and spine area and the doctor telling me to “be still.” I clearly remember the mask that was placed over my face. I said a prayer and there was darkness.

Pipes. One big pipe and a lot of small pipes. This was the first sight that greeted my hazy eyes when at last I regained consciousness. I was not in the operating room. In fact, I was not in a room at all. I quickly ascertained that I was resting on a small portable bed in a long dark corridor. I was not alone. When I groggily got up to use the bathroom I saw dozens of beds, lined up on the right side one after another all the way down the corridor. There was someone in each bed and often another person sitting on the bed or on a stool closeby.

The left side of the corridor served as a narrow path for doctors, nurses, stretchers, and visitors. So there I was. I had just undergone an operation but I was resting in a hot and unfinished hallway full of other sick people. But I did not care. I was too tired to care.

Eventually, I was moved to a small room containing two other patients. The room itself did not look much better than the hallway. There where pieces of chipped paint falling from the wall close to the door and there were more bare pipes. But it was air conditioned and more private; I was thankful for this. When I asked my friends why I had the chance to stay in the room I was told that we had “paid some extra money.” Not alot but just enough to get me out of that stuffy and dark corridor.

For the next three days, I was almost constantly attached to an I.V. I told my friends that I did not want an I.V. I preferred to take the medicine orally.

My friends shook their heads as did the doctors when they heard of my request. According to Chinese medicine, my friends told me, an I.V. is a much more direct and effective way to make sure that the medicine interacts with my body properly. I did not argue anymore although, when a young nurse (presumably in training) had to poke me three times to get an I.V. going, I still wished that there was another way for me to take the medicine.

In the end, I believe that I received excellent care. We did not seek out the best hospital in town. I do not know how this hospital was rated compared to others. We just found the nearest Chinese hospital and put ourselves in the caring hands of a great staff of doctors and nurses. No, perhaps the building was not in excellent shape. Perhaps there was some chipped paint and bare pipes running through the place. I think I even saw a green neon exit sign that was hanging broken from a wire.

But the hospital seemed to be clean. The needles came out of sealed packages; the doctors and nurses wore gloves and masks and sheets were regularly changed. China may be a third world country but it is also a developing country. I was quite impressed with the medical service that I received.

When you are traveling and sickness strikes you suddenly, you just have to ignore your apprehensions and go for it. And do not forget to pray. That is what I did; I prayed all the way into the operating room. Why do I share this experience on TeachAbroadChina.com? I just want my fellow ex-pats to know that having to go to a Chinese hospital is not the ‘end of the world.’ Chinese doctors are trained in Western and Chinese medicine although they are taught that they should only use Western medicine when absolutely necessary. If you have to go, do not fret too much. Most likely, you will be in good hands. I was.

0 responses on "A foreigner's experience at a Chinese hospital"