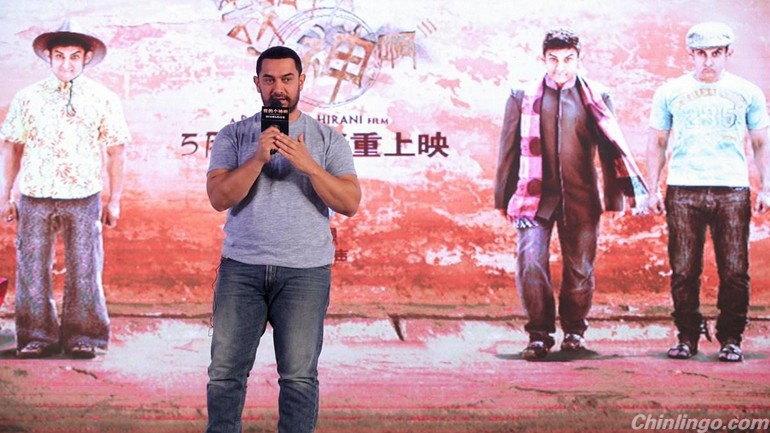 For film makers who have been eyeing the Chinese market for long, Raju Hirani's PK could be the tipping point they have been waiting for, after the Aamir Khan starrer collected more than Rs 100 crore at the box office, reaffirming their faith in the potential of Chinese film market.

"When I went to China, I discovered that a lot of people had seen other films of mine, which had not been released locally. It showed them to be an open culture and society, interested enough to actively search other cultures. As for PK's success, to me it is actually the first Indo-Chinese co-production. It was a double performance. While the visual was me, the audio was by Wang Baoqiang, a leading actor in China who was I think very generous to do this film." said PK's star Aamir Khan.

China offers a huge theatrical opportunity for any film in the world. "With an average ticket price of $8, any traction that our Hindi films see in this market is going to see a significant spike in the international collections," said Priti Shahani, president of Junglee Pictures, whose Dil Dhadkane Do, will be the next Hindi film to release in China.

Vijay Singh, CEO OF Fox Star, says the performance of PK has shown that good Bollywood content has a market in China. "Over time, as the Chinese market opens up to more Hindi films, it can redefine the economics for Bollywood," said Singh.

Another key element that was factored in while strategising PK in China was tailoring the content to Chinese audience sensibilities. The trailer was reworked and Hirani worked on creating a version which appealed to the Chinese.