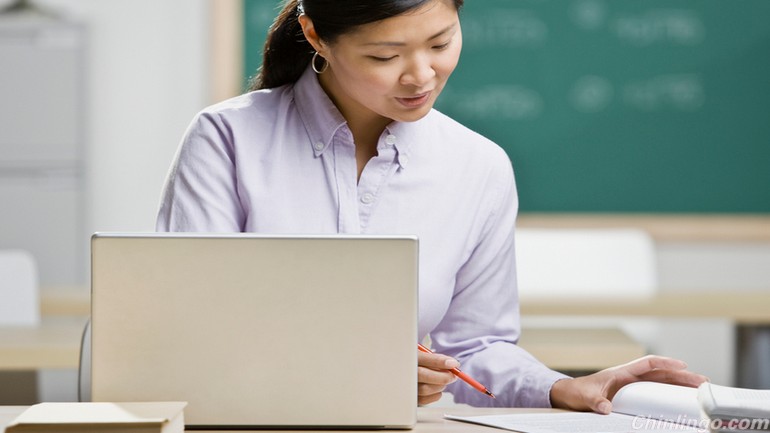 This is a question I get many times from fellow teachers of Asian descent.

Let's face it. We Asians don't make good poster boys or girls for schools that want to attract more students. Many schools in China want Caucasian teachers because many Chinese believe that only Caucasians can teach English. Having a Caucasian also brings in more revenue for the school. In other words, more Caucasians + more students = more revenue.

All is not lost, however. If you are willing to put up with lots of inconveniences and to sell yourself as a capable teacher, then finding a teaching job is really easy. Here are some tips that I have found useful in my job search:

Promote yourself by promoting your assets. This goes hand in hand with point one. For me my asset is that I was born and raised in Hawaii. Who doesn’t want to be friends with someone from Hawaii? Everybody wants to go to Hawaii. So I try to use that fact to my advantage. When I introduce myself on the first day of class, I teach my students a Hawaiian song and hula that we teach tourists. I teach them a few Hawaiian words. I teach them about racism and use Barack Obama, who was born and raised inHawaii, as an example of a multi-cultural America.

Another asset is that I have to be bi-cultural. Many of my Caucasian colleagues, some whom have never been to China before, always complain to me about the Chinese and the Chinese way of doing business. For example, many Caucasians get upset when they are the last to know about a very important school event. They complain that it is very difficult to make plans ahead of time since there is so much uncertainty on the part of the Chinese foreign affairs office (FAO). I tell them that many times Chinese just don’t know what the school leadership is up to and therefore even they themselves don’t know the school schedule. Just enjoy the ride. Beggars can’t be choosers. Many schools in many Chinese cities such as Beijing, Shanghai, or Guangzhou, or even in the provincial cities like Nanjing, have a large expatriate community. These schools may also pay their teachers differing salaries depending which country they come from as well as their qualifications. For example, a Filipino American will get the same pay as his or her Caucasian counterpart whereas a teacher from the Philippines will be paid considerably less for the same amount of work.

Therefore, it is more difficult for Asians to find a teaching job because of stiff competition and discriminate practices among Chinese employers. In smaller cities, however, the story is very different. Many of these schools in the smaller cities just don’t know where to look and don’t know how to find, much less hire, foreign teachers. That is why I highly recommend going to the smaller cities where there is a desperate need for foreign teachers and where teachers of Asian decent can bargain for a fair wage.

If you do decide to venture into a town where there are no foreigners, here are a few things to look out for at your new school.

Unwanted fame. The Chinese may think of you as being Chinese – until you start speaking. Then they will know that you are not local. And if you are caught speaking English you may even be asked to tutor privately. Your school may have no idea how to treat a foreigner. This misconception applies to ALL foreigners who venture into a place that has no expat community. Sometimes you may find yourself wanting some expat company or just craving for something from home. If that happens, just remember that there’s at least one KFC in every small town in China and that there are many buses that you can take to a larger city that has what you need.

These are my personal tips that have helped me – an Asian American – to find a job and survive in China.

0 responses on "Job tips for English speaking Asians in china"