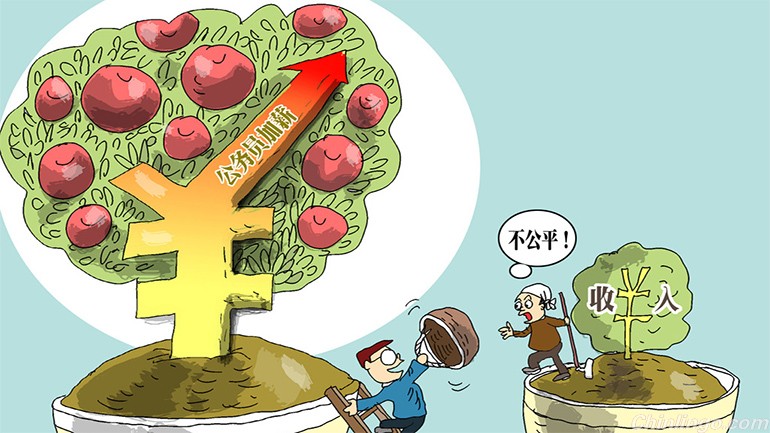 More and more young Chinese civil servants are deciding to quit their jobs and start their own businesses. According to CEOs of leading enterprises in China, the startup rush is helpful to the Chinese economy restructuring.

In the past few decades, being a civil servant has been the most popular job in China. Dubbed as the "iron rice bowl", being a civil servant means a stable income as well as various privileges. However, since Xi Jinping took office as the Chinese President, he has launched a crackdown on corruption severely. As a result, Chinese civil servant positions are not so brilliant or attractive as they were, and the civil servant fever is cooling down as well.

The number of civil servant examination applicants is just 1.4 million this year in China, dropping by 7.5% to the lowest in history. As a clear contrast, the startup rush is in full swing and new startups are emerging at record-breaking speed.

Mr. Li, a 34-year-old interviewee, is a typical portrayal miniature of many young civil servants quitting their jobs and starting their business. Liu Yuan is one of them. According to Mr. Li, people of their generation are not eager to become civil servants. He said, "As long as you are capable, you will probably succeed in a business."

He said, "Many young people do not consider becoming a civil servant as their preferred job any more. They are more interested in staring up their own business."

Estimated by the Ministry of Science and Technology of China, over 1,000 enterprises have invested over RMB 350 billion in the startups. In Zhongguancun, the Chinese "silicon valley", 49 new enterprises on average were born every day last year.

CEOs of Chinese leading enterprises are optimistic about the startup rush. They believe that Chinese innovative enterprises are not inferior to their kind globally and that innovation and startup will be helpful to the Chinese economic restructuring.

Liu Qiangdong, founder and CEO of JD.com, said in one of his speeches: " The CBD of Beijing is still brightly lit at ten every evening, as the young people are working hard on their startups and innovations; as long as they continue with such enthusiasm, the Chinese economy will be free of any problems."

Wang Qiang, co-founder of ZhenFund, said, "Compared with cases several years ago, there are a large number of overseas returnees and researchers devoted to the business startup in China right now. They are more experienced, so the startups have been improved greatly."

According to Wang Qiang, the most outstanding entrepreneurs in China have been well prepared for dialogue with the world.