Unwritten rules of life in China 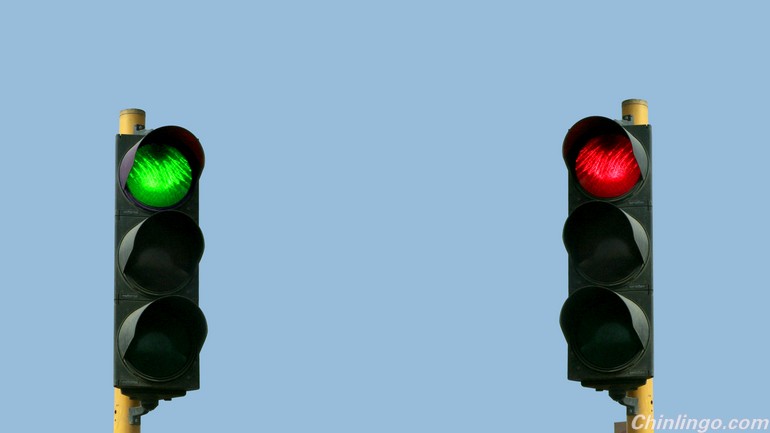 The first rule I taught my children when we moved to China was that green doesn't mean "go". Don't walk when the green man says walk, and don't stop when the red one says halt. I think we all found it wonderfully liberating.

China has its own rules — and they are not the ones I learnt in kindergarten. In fact, after seven years as a pedestrian and several forays as a driver, I have not yet figured out exactly what they are — but they seem to work. So you are better off making your own deal with the oncoming traffic (or any of the other challenges of living and working in China) than expecting "stop, look and listen" to apply.

China has 5,000 years of history and that means 5,000 years of knowing instinctively that pedestrians have no right of way. That green man may look just like the guy in London or Los Angeles, but he is not the same. He has been localised.

So I tell my kids what I would tell anyone coming to do business in China: don't expect rules to protect you, but don't worry that they will thwart you either. And read Tim Clissold, the British businessman whose book Mr China: A Memoir (2004) is probably the best I have ever come across about China. Now he has written another:Chinese Rules: Mao's Dog, Deng's Cat, and Five Timeless Lessons from the Front Lines in China ; it's about what makes China tick — for foreigners who can clearly hear it ticking but can't quite figure out why.
所以，我要把过去曾告诉来华经商者的东西告诉孩子们：不要指望规则来保护你，也别担心规则会束缚你。还有就是要读一读英国商人蒂姆·克利索尔德的书。克利索尔德写的《中国先生》一书大概是我碰到过的最好的有关中国的书。如今他又写了一本名为《中国规则》的书，该书介绍了中国人行为方式的形成原因， 面向的读者群是非常了解中国人的行为方式但又不太明白其成因的外国人。

Rule one in his book is that China does not play by anyone else's rules so stop wishing that it would. To which I would add: you can make that work for you. My children love never having to wait for the lights to change to cross the street. That is certainly one way to celebrate what others might call lawlessness.
克利索尔德在书中介绍的一项规则是，中国不按别人的规则行事，所以不要再对中国抱有这种希望了。对于这一点，我想再加上一句：大家可以让这项规则为己所用。我的孩子们从未非得等到灯变绿后再穿过大街，而且已经喜欢这样做 了。这无疑是赞扬其他人所说的缺乏法律意识这种现象的一种方式。

In the big picture, lawlessness has receded monumentally since we moved here in 2008. New laws, closely guided by western models, have been passed in virtually every area of business life in China, from intellectual property to competition law. But old habits die hard, and it may take decades for the habits of legality to trickle down to the average wage slave. So I still have plenty of daily opportunities to see people ignoring rules I thought were written in stone and to teach my kids how to make that work for them.
总体来看，从我们2008年移居中国以来，缺乏法律意识的现象已大幅减少。在中国商业生活的几乎每个领域，紧跟西方模式的新法规已经获得通过。但积习难改，普通人要逐渐养成依法行事的习惯可能需要数十年时间。所以我每天仍有很多机会看到人们无视我曾认为是铁律的规则，同时教我的孩子们如何让其为己所用。

Often, this happens in hotels, perhaps because "the customer is always right" is another one of those rules that China most definitely does not play by. Recently, I took the kids to a five-star hotel for one of those quintessential parent-teen bonding excursions that involve letting them lie in a hotel Jacuzzi and order room service all day. When we got there, the hotel clerk calmly informed us that he had rented out our pre-paid room to another guest who really, really wanted to stay there.
这一幕通常发生在酒店里。这或许是因为在中国，"顾客永远是对的"也是绝大多数情况下并不被遵守的法则之一。最近，我带孩子们去了一家五星级酒店。当我们到达时，酒店员工冷静地告知我们，他已经把我们付过费的房间租给了另一位真的很想入住的客人。

Of course, in the end they found us a suite instead, and the kids celebrated by inviting several classmates to share the Jacuzzi and sleep over — in a room with a maximum official occupancy of two. So that is the teen version of the green man "don't walk" rule: if the other guy breaks the rules, so can you. You may get the better end of the bargain.
当然最终他们给我们安排了一个套房，孩子们邀请了多位同学来享用按摩浴缸并过夜——虽然按规定这个房间的最多入住人数是两人。这就是小绿人"不要通行"规则的悲愤版：如果别人不照章办事，你也别守规矩。在角力中，你的结果可能还不赖。

Clissold's fourth rule (I won't tell you the others; buy the book) is that given the choice between the right result and the right rule, China will always choose pragmatism. That one has worked in my family's favour, too: like the time when the police allowed us to license two dogs — in the same week that the law changed, making owning more than one dog illegal.
克利索尔德的第四项规则（我不想把其他规则告诉大家，还是买一本看看吧）是，在正确的结果与正确的规则之间，中国总是会选择实用主义。我们家也因此受益了：当时警方允许我们给两只狗办理许可证，而就在那个星期有关部门修改了法律，拥有的狗超过一只将属非法行为。

Being an inveterate stickler for the rules, I tried to point out to the accommodating cop that what we were doing was against the law. He indicated that, being a policeman and all, he was aware of the new law — so could I please stop looking my gift dog in the mouth and just go home.
作为一个恪守规则的人，我曾试图向那个很好说话的警察指出，我们的所作所为违反了法律。他表示作为一名警察，他当然很了解有关的新法律。他叫我不要较真，赶紧回家。

My message to my kids, and to anyone else who wants to live a happy life in China, is not to get hung up on rules; nobody else does. And you must ditch the kindergarten morality. It is too simple for this place.
我想告诉我的孩子们以及想在中国生活的其他人，别让规则束缚自己。其他人谁也不这样。大家必须抛弃幼儿园的那套道德准则。对这个地方来说，那太简单了。

0 responses on "Unwritten rules of life in China"