Most Chinese people have never
even heard of a General Tsao, and are completely befuddled by the overly
sauced fried chicken dish that Americans know as General Tsao's
chicken.

In fact, authentic Chinese food almost looks nothing like American
Chinese food. It varies tremendously by region: Sichuan cuisine is
spicy, Shangdong cuisine is generally salty and crispy, and Cantonese
cuisine is sweet, for example.

Here are eight real Chinese dishes you should order instead of the American knock-offs. 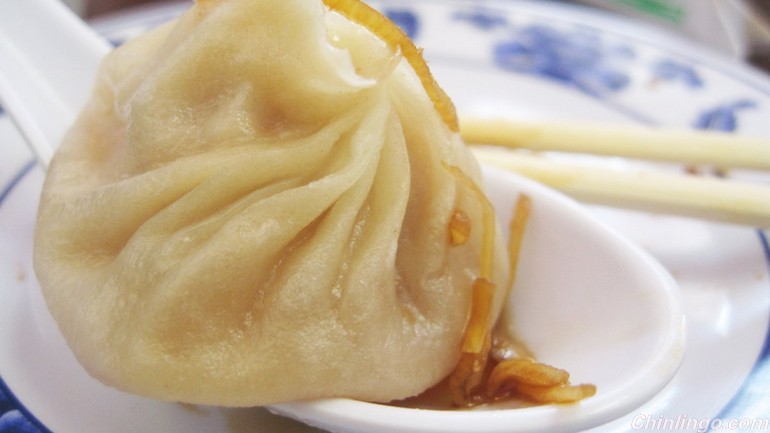 Chinese people would not understand the appeal of crab rangoon, deep
fried wontons filled with fake crab meat and cream cheese. If you're
hankering for a dumpling, order Xiao Long Bao instead. These Shanghai
dumplings are filled with meat—usually pork or crab—and a rich savory
broth that oozes out at the first bite. There's a trick to successfully
eating one of these dumplings: bite the corner of the dumpling and let
the broth seep out onto the spoon. Then eat the dumpling and slurp up
the broth.

Instead of egg rolls, order cong you bing (scallion pancakes):

American-style egg rolls are thick, bloated, deep-fried rolls of dough
filled with meat and vegetables. Biting into one can be a greasy,
daunting, and messy affair. For a similar crunchy fried appetizer, try
scallion pancakes, delicious fried flat bread loaded with chopped
scallions. 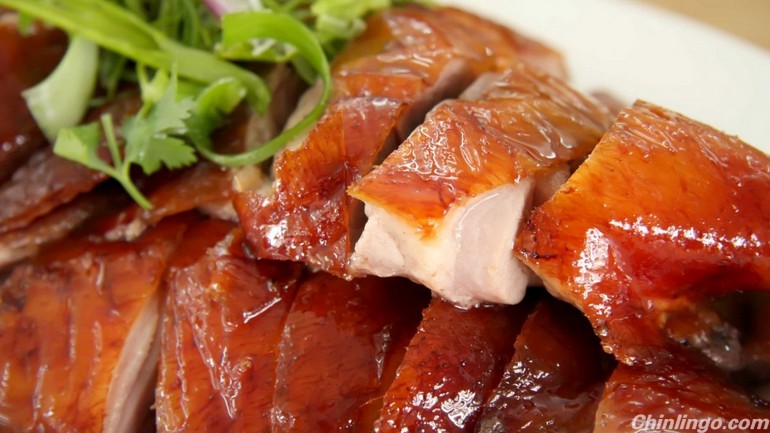 You won't find General Tsao's chicken in China, but if you're hankering
for a rich poultry dish, try Peking duck, a roasted duck dish which is
famous for its succulent meat and flavorful, crispy skin. Pair it with
some scallions, cucumbers, and hoisin sauce, and wrap it in a pancake
for the traditional Peking duck dining experience.
Instead of beef with broccoli, order yu xiang rou si (shredded pork in hot garlic sauce): 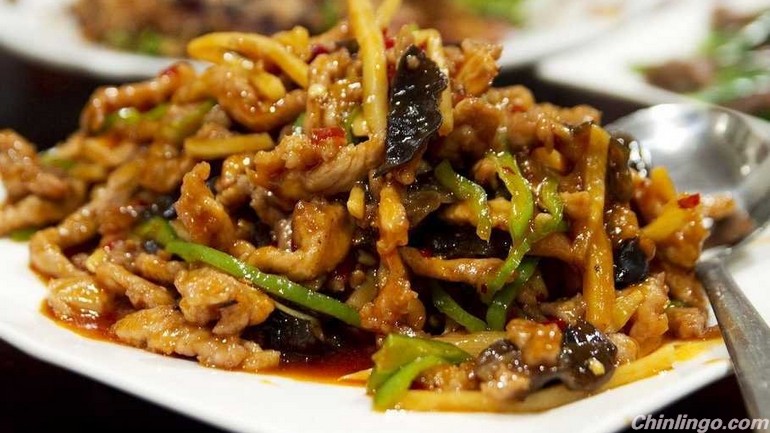 There are two problems with the beloved beef with broccoli dish: There
is no broccoli (at least not the western version) in China, and Chinese
people generally don't eat much beef. Instead, try Yu Xiang Rou Si, a
dish of shredded pork in hot garlic sauce. In this spicy and flavorful
Sichuan dish, the pork is usually sauteed with vegetables such as
mushrooms and peppers. 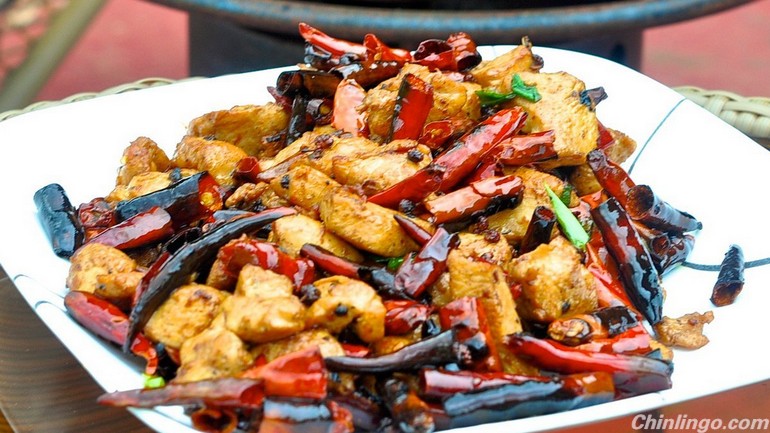 Instead of sesame chicken, which is fried chunks of chicken coated in a
sweet sauce and sesame seeds, order l a zi ji, an incredibly spicy
Sichuan dish that consists of fried chunks of chicken breast with
peppercorn, toasted sesame and chili. It's got the same crunch as the
Chinese-American version, but with a lot more flavor.
Instead of lo mein, order zha jiang mian: 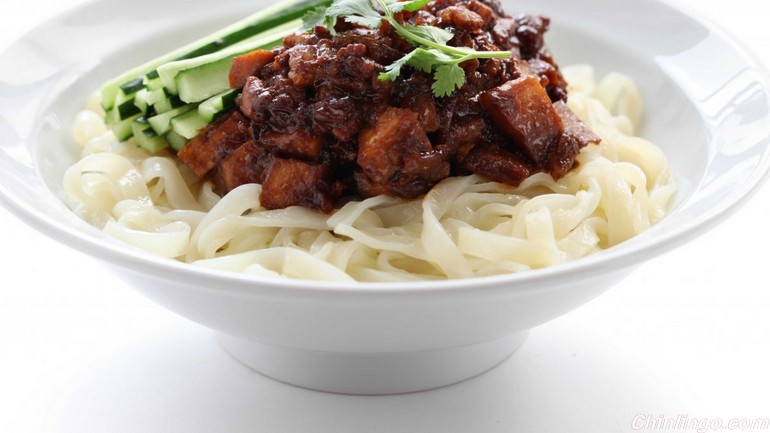 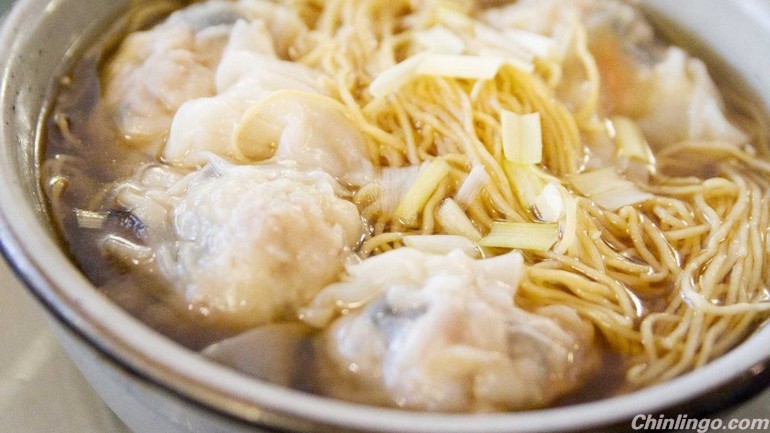 Chinese American-style wonton soup usually consists of a thick noodle
wrapped around a clump of pork in a broth. Hong Kong is famous for its
noodle soups, and the shrimp dumpling soup is far superior to the
American version. The shrimp dumpling has a much more delicate shell,
the broth has a fragrant wonton flavor, and the soup is filled with
fresh noodles.
Instead of fortune cookies, order oranges: 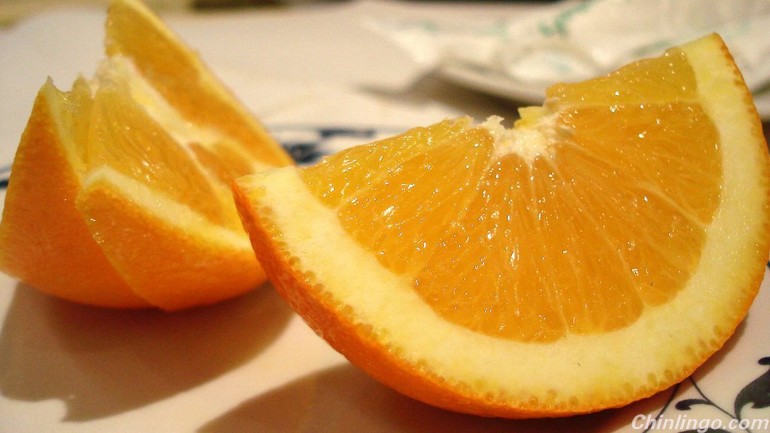 Oranges are considered fortuitous in Chinese culture, and most Chinese
people end their meals with a slice of orange — not fortune cookies,
which aren't even Chinese.