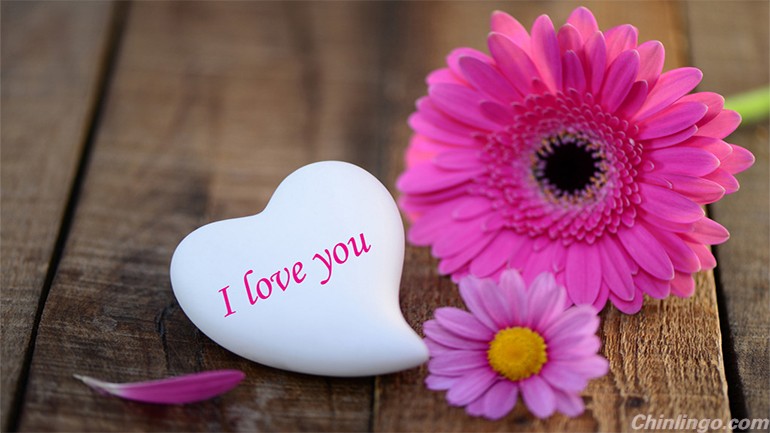 May 20 is a day flooded with love confessions every year, as 520 sounds like wo ai ni (I love you) in Chinese. Recently, a matchmaking website has carried out a survey entitled “Love confession refusal” on over 80 million members in China. According to the survey result, nearly 90% of the male survey takers welcome the love confession from the females, while “you are a good man or woman” has been the most popular refusal jargon. Nearly 70% of the female respondents refuse to be a “mistress”; over 60% of the male respondents cannot tolerate a woman lying about her romance, while nearly half of the female respondents cannot tolerate a man lying about his assets.

Experts suggest that one should take hold of the opportunity to confess love to the favored person. However, confession can also bi a bit technical The way to confess your affection matters.

Recently a college girl wearing a wedding dress confessed her love to a man. These news have made a great impact. Many people exclaimed the greatness of love. However, men dislike a big show most sincere words of love are far better than the city-rocking high-pitched confession. Over 30% of the female singles dislike a hesitating uncouth confession. It seems that the sincere approach to confess one’s love is King.

Nearly 90% of the males like a clear confession from the females.

What are the most-used words to refuse a love-confession? According to the survey data, over 60% of the male and female singles will refuse a confession by saying “you are a good man or woman”. “you are good, but we don’t match”, “you are really good, but let us just be friends” . The universal expression “good” is said tens of thousands of times. The good-labeled guys or girls can do nothing but choke on their “goodness”..

According to experts, most people choose not to refuse a confession directly as to leave the confessor unembarrassed. One should never fawn over a person that doesn’t like him or her. A good-labeled person should not be stuck. In this case it’s best to take the high road; wait for new opportunities peacefully or leave gracefully.

Becoming an “ex” is unfortunately an unavoidable scar to most people. We see the satisfying romance making up in many TV dramas, but it is rarely seen in the real life. In this survey, the question “would you make up with your ex?”, 62.39% of the male respondents and 76.15% of the female respondents selected the answer, “A good horse doesn't turn back to graze”, meaning they would never take making up into consideration. Men are more nostalgic than women. 37.61% of the male have chosen to think about making up . Experts advise that all singles,either male or female, should not be meeting their exes again. The best way to cure a heartache is to start a new relationship.