Is Mahjong a gambling game or just chess? 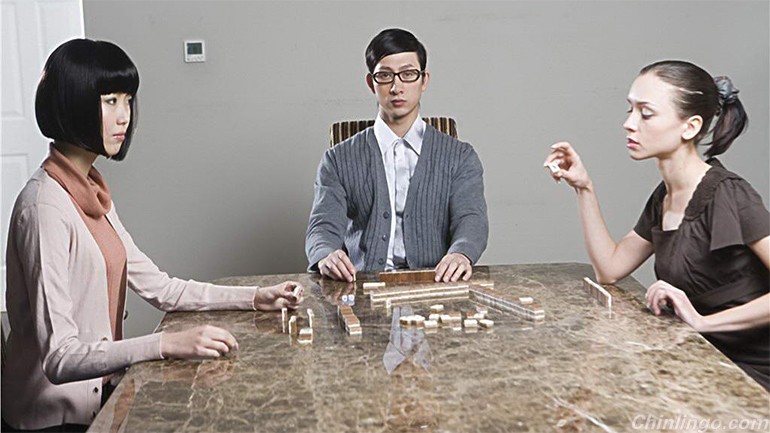 It is said that where there are Chinese, there are parlors in which people play Mahjong. People saying this have obviously been around Chinese often.

Mahjong is an interesting game even if you have played it for a thousand times. It’s as attractive as chess, being invented by ancient Chinese and became popular a long time ago. As with any game of chance, there are winners and losers when playing Mahjong, and the winners get rewarded with money. Because of this Mahjong has unfortunately changed in nature. It is not a noble pastime game anymore. It has turned into a gambling game which is regulated by law.

There is nothing wrong with meeting a few friends and playing Mahjong for entertainment. Friends communicate, talk about world affairs and enjoy spending time with each other. As long as we have self-discipline, any pass time is welcome. Don’t cause a calamity, keep it down and don’t think about winning or loosing. Gambling makes a lot of problems, it can break up families and seriously affect friendships. Same happens with Mahjong when we overdo it.

Fortunately, in recent years, Mahjong seems to have been reasesed. Mahjong contests have been held across China and promoted as a sports competition project. Mahjong value is again growing, it’s now becoming a legitimate game once more.

It has been researched that Mahjong can help elderly people with dementia. Playing mahjong can stimulate the development of the brain and prevent it from degradation. Therefore, in some of China's rehabilitation centers and homes for the elderly Mahjong is  for the elderly to have both physical and mental exercise, which never hurts.

Retired citizens who stay at home with nothing to do during the day would like to invite a few friends to play Mahjong in the parlors to kill time and to entertain themselves. However, the directors of the parlors iare worried about violating regulations and do not dare to let them play.

Is Mahjong a gambling game or a board game? Sincerely, we hope the related authorities can finally give a clear explanation. If it is a board game, then, there should be no difference between Mahjong and chess. It should be allowed for public to play it openly..

0 responses on "Is Mahjong a gambling game or just chess?"