Why are Chinese crazy about grabbing WeChat red envelopes? 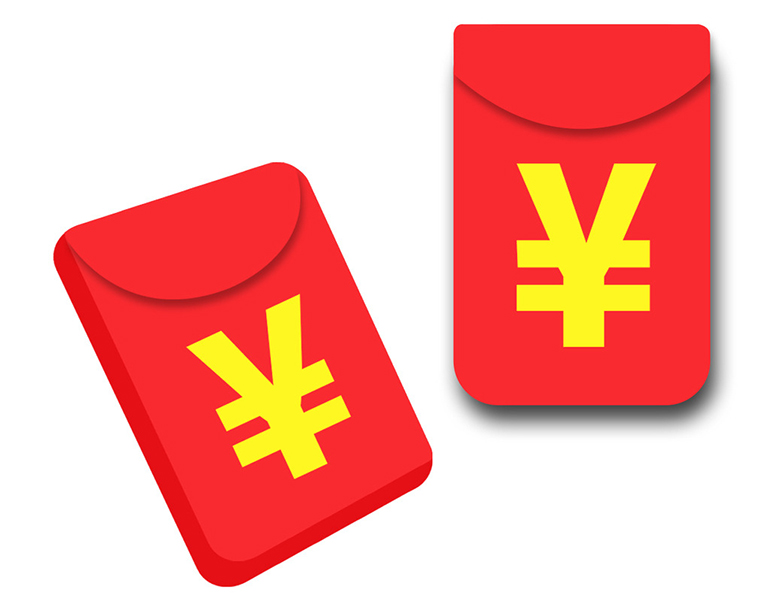 It's obvious that Chinese can't get rich by tapping to get red envelopes. So why are people still crazy about it? There are two reasons. First, it takes only a moment for the netizens to tap and grab the money. They also like the bustling atmosphere; second, what they have grabbed online is not only money but also a topic to discuss over dinner .

During the last Spring Festival , WeChat Red Envelope became suddenly popular and took Alipay by surprise. Although this years Spring Festival is far off still, the two giants have already started competing to distribute red envelopes across the whole nation.

On Chinese Kitchen God Day (the 23rd or 24th of the 12th month of the lunar year), Alipay declared it would cooperate with some famous brands to hand out about RMB 600 million to its users. However, after red envelopes worth tens of millions RMB were distributed, the netizens found that the red envelopes, which they had snatched by almost stabbing their screens, turned out to be either “vouchers” or “50 cents”. As a result, it triggered internet complaints.

In view of this massive online anger, Alipay surprisingly made an apology after the first batch of red envelopes were distributed. What is wrong with money distribution?

First of all, hundreds of millions of Chinese netizens have learnt lessons from various free activities and understand deeply that attention is money. One spares time to play games with a millionaire all day long but gets nothing. This is untolerable! Second, it is well-known that it.s a self-evident online promotional activity, but the activity performed poorly. It has been over-promoted, and it’s absolutely a deception. It is reasonable to say that it failed to earn public praise.

Red envelope online grabbing has become the most popular recent internet game on WeChat, QQ, Weibo and Alipay. They are all battlefields in which celebrities, entrepreneurs, officials and quip writers join the fray . All fight for their own benefit in this giant online messy battlefield.

It is a great pleasure to grab a red envelope. However, many people who are now snatching red envelopes containing digital coins will be harrased with questions like, “When will you buy a house?”, when they get home during the Spring Festival holiday. So the real question is: since people understand that they cannot make a fortune by grabbing digital red envelopes, but why are they still crazy about it?

First, it takes little time. Rather than worry about meaningless fluff or be bothered by who will be Wang Feng’s wife on your live feed, it is better you tap on a digital red envelope. Then you can can show off the “grabbed fortune” on Moments of WeChat followed by a cool status.

In recent years, social media marketing has exploded The above “monkey tricks” are just an easy way to attract clicks and views. In fact, the real foundation of this new fan based marketing is the minimum time cost for users. Not only does a red envelope contain coins, but also any microblog offering a lucky draw will attract numerous fans. Under the microblog entry there will be a long thread full of positive feedback, while other microblogs will be filled with bad comments. In this new Internet age, people can be bribed easily by a red envelope. Just go and find out how many fans follow Jack Ma and call him “father”.

Surely, such enthusiasm will soon die down. Compliments before the lucky draw and negative feedback after, or excitement when successfuly grabbing the red envelope and irritation at the failed attempt will be soon forgotten.

Second, grabbing the envlepose just for the fun of it Some quite well-off nouveau riche are also enthusiastic about grabbing various red envelopes. They are not Eugenie Grandet. They just have fun in this collective activity instead.

Bustling atmosphere to the Chinese is just like glucose water is to fish, perfectly natural and impossible to live without.. It’s very difficult to say no to it. Innumerable people will spend money just for the bustling atmosphere. This practice has proven that only the Chinese Internet businesses really know the Chinese consumer.. Silicon Valley will never come up with such ideas of “ innovative mobile payment” as is the red envelope grabbing.

Many moths are drawn to the light Once it shines, they dart into it one after another. Right now the vouge is to  to grab red envelopes online. What one grabs by tapping furiously is not only money but also the topic for the dinner table.

0 responses on "Why are Chinese crazy about grabbing WeChat red envelopes?"