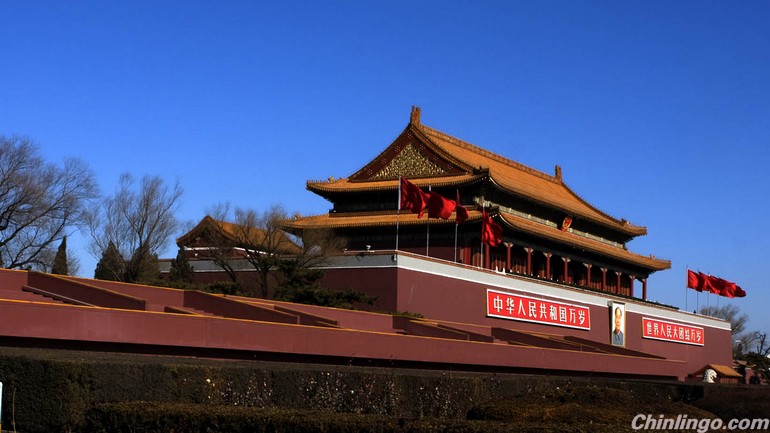 On Thursday, the National People’s Congress convened in Beijing in what has become a familiar annual ritual. Some 3,000 “elected” delegates from all over the country—ranging from colorfully clad ethnic minorities to urbane billionaires—will meet for a week to discuss the state of the nation and to engage in the pretense of political participation.

Some see this impressive gathering as a sign of the strength of the Chinese political system—but it masks serious weaknesses. Chinese politics has always had a theatrical veneer, with staged events like the congress intended to project the power and stability of the Chinese Communist Party, or CCP. Officials and citizens alike know that they are supposed to conform to these rituals, participating cheerfully and parroting back official slogans. This behavior is known in Chinese as biaotai, “declaring where one stands,” but it is little more than an act of symbolic compliance.

Despite appearances, China’s political system is badly broken, and nobody knows it better than the Communist Party itself. China’s strongman leader, Xi Jinping, is hoping that a crackdown on dissent and corruption will shore up the party’s rule. He is determined to avoid becoming the Mikhail Gorbachev of China, presiding over the party’s collapse. But instead of being the antithesis of Mr. Gorbachev, Mr. Xi may well wind up having the same effect. His despotism is severely stressing China’s system and society—and bringing it closer to a breaking point.

Predicting the demise of authoritarian regimes is a risky business. Few Western experts forecast the collapse of the Soviet Union before it occurred in 1991; the CIA missed it entirely. The downfall of Eastern Europe’s communist states two years earlier was similarly scorned as the wishful thinking of anticommunists—until it happened. The post-Soviet “color revolutions” in Georgia, Ukraine and Kyrgyzstan from 2003 to 2005, as well as the 2011 Arab Spring uprisings, all burst forth unanticipated.

China-watchers have been on high alert for telltale signs of regime decay and decline ever since the regime’s near-death experience in Tiananmen Square in 1989. Since then, several seasoned Sinologists have risked their professional reputations by asserting that the collapse of CCP rule was inevitable. Others were more cautious—myself included. But times change in China, and so must our analyses.

The endgame of Chinese communist rule has now begun, I believe, and it has progressed further than many think. We don’t know what the pathway from now until the end will look like, of course. It will probably be highly unstable and unsettled. But until the system begins to unravel in some obvious way, those inside of it will play along—thus contributing to the facade of stability.

Communist rule in China is unlikely to end quietly. A single event is unlikely to trigger a peaceful implosion of the regime. Its demise is likely to be protracted, messy and violent. I wouldn’t rule out the possibility that Mr. Xi will be deposed in a power struggle or coup d’état. With his aggressive anticorruption campaign—a focus of this week’s National People’s Congress—he is overplaying a weak hand and deeply aggravating key party, state, military and commercial constituencies.

The Chinese have a proverb, waiying, neiruan—hard on the outside, soft on the inside. Mr. Xi is a genuinely tough ruler. He exudes conviction and personal confidence. But this hard personality belies a party and political system that is extremely fragile on the inside.

Consider five telling indications of the regime’s vulnerability and the party’s systemic weaknesses.

0 responses on "The coming Chinese crackup"