Why mom and dad be strangers to millions of Chinese kids? 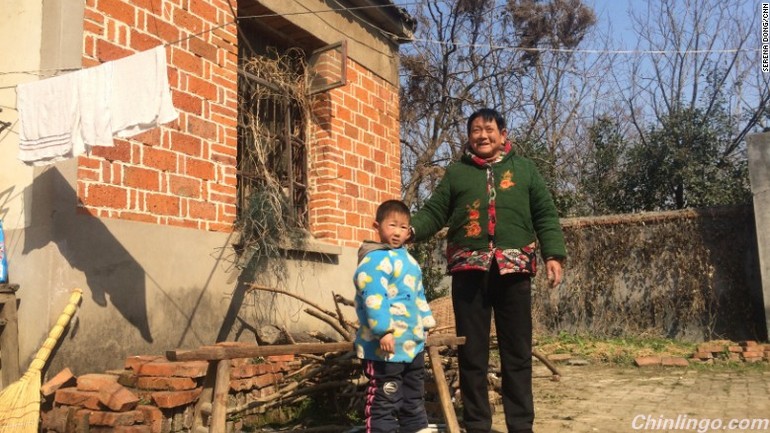 Six-year-old Lu Yiming is a handful. One minute, he's on the concrete roof of his two-story house, the next he's fiddling with fireworks. Now, he's skating down an alley. "Come back here!" yells his grandmother." I have such a headache raising this child," 72-year-old old Tang Xinying confides.

Lu's mother abandoned him after he was born and his father works as a carpenter in Shandong province hundreds of miles further north. He comes back perhaps once a year. In China, Lu is what's called a "left-behind child. "Conservatively, there are at least 61 million such children in China — that's a staggering one in five. They struggle at school, have higher rates of mental health issues, and suffer from more behavioral problems than their contemporaries.

In Cao Hu, a village in the inland province of Anhui, a dead-end track passes by half-finished housing projects and abandoned fields. A yellow haze hangs in the air leaving a metallic taste in the mouth. China's industrial pollution made it out here, but the jobs haven't. Everyone of working age in Cao Hu has gone to the cities to find work, leaving the old and very young behind.

A steady stream of state media reports highlights the abuse suffered by left behind children. And crimes are often blamed on them. "It has a huge impact on society and the generation of people who grow up without parents," says Ines Kaempfer, of the Center for Child-Rights and Corporate Social Responsibility. "There is a generation of Chinese society that lacks security and trust. It could have a potentially disastrous effect."

Unintended consequences of mass urbanization and migration are not unique to China. But draconian rules have made the problem worse. China's much-hated hukou system registers families as either rural or urban. Most migrants can't change their household registration when they move.

In Chao Hu village, Tang is cooking a meal of rice and spinach for her grandson. She swirls peanut oil on her simple stove top. "I can't teach my grandson well. This boy should be educated by his father and mother," she says, "I cannot catch him when he runs away from me. I cannot discipline him when he misbehaves." Tang is convinced she can't give her grandson the support he needs. "We don't have a choice, even if the situation isn't good. If I don't take care of him who will," she says.

0 responses on "Why mom and dad be strangers to millions of Chinese kids?"