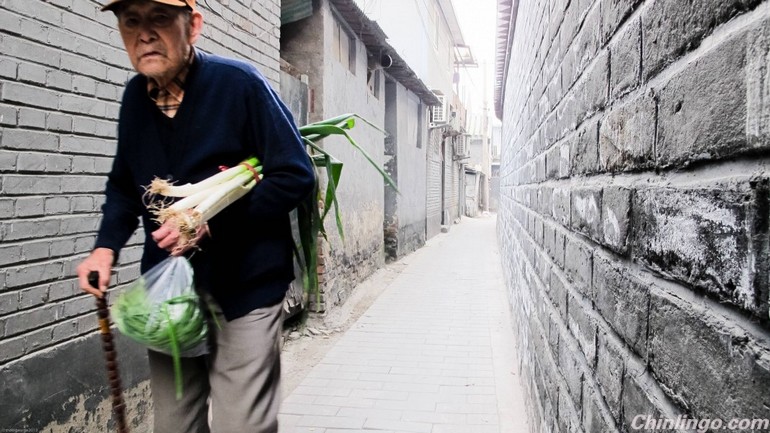 Let’s face it. It’s not easy to live in China. These days even a
well-known…less than critical observer of China like Daniel Bell is
being, well, kind of critical.  Lots of people — too many — are leaving. But you know what, you can take away my Internet, cancel Earth Day, and even limit the amount of oxygen I breathe (although in fairness, that might be getting better…), but I’m staying. I first came to Beijing in 2002 and here I am still.

That said, there’s a lot I wish I knew 13 years ago. This week I
was asked to write some suggestions for a group of students visiting
Beijing. It gave me the opportunity to jot down a few reflections on
things learned, in most cases later than I should have but still, 13
years is a long time and if I hope I’ve accumulated some wisdom to go
along with the steadily building accumulation of PM 2.5 material in my
lungs.

Here are a few of the many things I have learned in 13 years of
living in the Middle Kingdom, all of which I wish I learned sooner than I
did…

There are a lot of people in China. No, seriously.

It’s the single defining fact of life for anybody who lives here,
whether you were born in China or moved here from somewhere else. If you
are an American, consider for a moment an alternative universe where
the population of the USA was quintupled and then everybody was moved
east of the Mississippi. A
fierce competition for everything in life – a spot in school, a job,
somebody to marry, a house, a seat on the subway, or that last dumpling –
is a part of daily life in China.

What Americans feel is a “normal” amount of personal space and
privacy is considered a luxury beyond the reckoning of most people who
live here. Sometimes people can seem a little in a hurry or a little
pushy. Perhaps you’ll see somebody cutting in line. At times like this
it’s important to keep perspective: You’ve just joined the world’s
longest running and most competitive game of musical chairs.

Basically, for 5000 years, there were two guys: the one who
waited patiently in line and the guy who got what he needed to feed his
family. Even though China is developing rapidly, old habits die hard.

People will have made assumptions about you as a foreigner (especially an American) before you even can say “Ni Hao.”

In fact, if you do say “Ni hao” then you’ve already challenged
one basic assumption held by many people in China: That the Chinese
language is too difficult for foreigners to master or understand.

Nobody likes to be a stereotype, but it happens.Want
to know what many Chinese think about us? They think Americans are
pushy, entitled, aggressive, arrogant and tend to throw tantrums when
things aren’t just the way they want it (or like it is “back home”).

To put it another way: It’s as if when we go through passport
control at the Beijing airport, the immigration officer changes all of
our last names to “Kardashian.”

Now it’s not true that all Americans act like Kim and Khloe when
they go abroad, and it’s not fair that many people in China paint all
foreigners/Americans with the same brush, but hey, there have been just
enough pushy, entitled, aggressive, arrogant foreigners who have
traveled to China over the years to keep the myth alive.

We can whine about the unfairness of it all, or we can see this as an
opportunity to fight the stereotype and rise above the cliché. China is
one of the friendliest places in the world and, as my mother once said,
a little bit of sugar goes a long way. Remember that the minute we do
get angry, or pout, or start complaining about how things here aren’t
like they are “back home” all we are doing is feeding the beast.

So I’ve learned that it’s always best to be a little too humble, a
little too nice, a little too polite…and to smile a lot. When I do
this, I can see minds change and old attitudes fall away as people start
to question the stereotype…more importantly, the nicer I am, the easier
my life becomes.

The thing is that in China, people generally won’t go out of the
way to help you (even people we think “should” like waitresses, taxi
drivers, or hotel staff) unless they like you. It can take a few smiles
and some humility to get them to forget their prejudices and figure out
how nice you are. Once that happens, however, you’ll find out that your
new friend will go out of their way to help you.

People talk a lot about the power of guanxi (relationships) in China, especially in the context of business. But guanxi is
not only about signing a multi-million deal with a buddy but a way of
life. Every encounter you have in China – from a new professional
contact to the waitress who brings you your morning dumplings – is a
moment to build a connection and make a relationship. and once you make
that connection your life in China just got a little bit better.

Be careful not to mistake having 40 conversations with having the same conversation 40 times.

I hear it all the time: “I learn more hanging out at clubs than I
do in Chinese class.” No, you really don’t. You become very good at
introducing yourself, saying where you are from, and making the same
stupid joke (“Do you like 涮洋肉?” which you use every time somebody points
out you sweat a lot when you dance.) If you find yourself having the
same conversation over and over again, it’s time to branch out. Don’t be
afraid to open your mouth, bring the Zhongwen, and then epically fail.
If you’re not failing — and I mean catastrophic failure of mindbending
embarrassment — on a regular basis, you’re not trying hard enough. I’ve
lived here a long time and I have at least one complete breakdown in my
Hanyu communication a day. But I try not to make the same mistake twice.