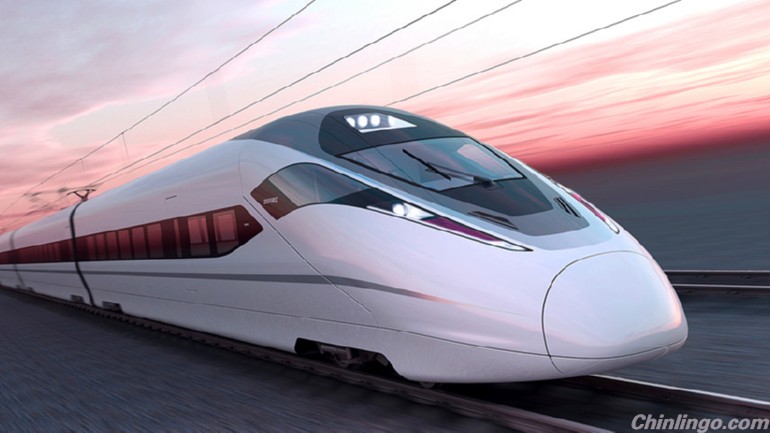 "Tourists long for a satisfied vacation rather than traditional travel, with higher demands for tours. They want to relieve themselves from pressures by having a convenient tour by high-speed trains," says Ma Lan, assistant to the general manager of the tourism department of China International Travel Service Limited, Head Office.

"High-speed rail also boosts excursions on weekends. It's faster than driving, and tourists will have sufficient time to enjoy the destination."

Increasingly more travelers are choosing high-speed trains rather than flying because of the convenience, professional service and punctuality.

"It's more convenient to go to the train station than the airport in the suburbs. You don't have to go through the time-consuming security checks or worry that the plane will be late. Moreover, the views outside the train windows are very pretty," says Wang Yi, 24, a college graduate from Beijing.

Wang says the carriages are clean, and the second-class seats are more comfortable than those in the economy class on the plane, with more room to stretch out. You can also use your smartphone on the train, she adds.

For people traveling from Beijing to East China areas such as Jiangsu and Zhejiang provinces, taking a high-speed train is more convenient than flying and the ticket prices are around 50 to 60 percent cheaper, especially during peak season, says Ma.

It takes nearly four hours to travel from Beijing to Nanjing by high-speed train and about two hours to fly, but you have to arrive at the airport one or two hours early to check in.

Travel agencies are offering an array of products to satisfy the growing market. The online travel agency Ctrip has 385 high-speed rail tour packages starting from Beijing, such as tour groups and independent travel. Popular destinations include Shandong, Tianjin, Henan and Shanxin.

"It's changing the spatial structure of tourism in China. Some destinations across regions are cooperating with each other. The tourism resources along one railway are often homogenized, so they have to develop innovative tour products to be more competitive."

Zhang says group tours used to be popular, but nowadays increasingly more individuals and families are traveling. As a result, hotels are becoming more focused on families and offering proper facilities and services.

"It's a challenge for travel agencies to adapt to the market, and develop two-or three-day itineraries," he says. "The local governments and travel agencies should figure out how to establish proper receptions, consultations and sightseeing systems."