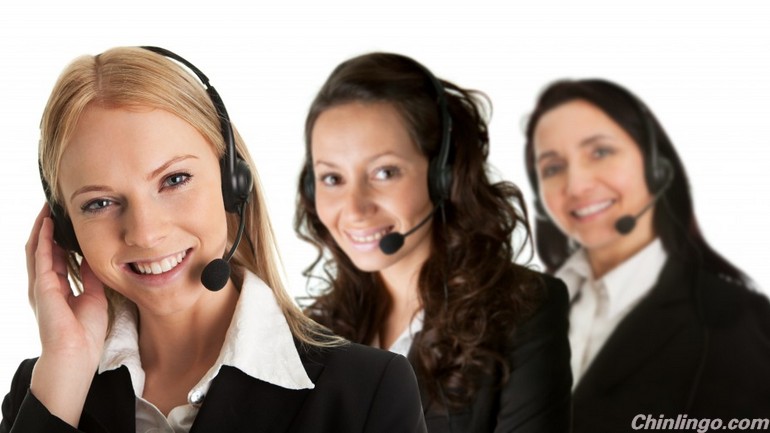 Since the mid-90s English studies in China have been a booming business.
The number of younger Chinese people who speak good, very good, or
outstanding English has increased dramatically, as has the number of
foreigners who speak some Chinese.

This is a sea-change from the 1970s and 1980s, when language problems
were frequent road blocks in the process of communication between China
and the outside world.

If there was one area when contacts between Chinese and foreign business
people could be expected to fall off track in those days, it was
communications.

Not only were qualified interpreters as scarce as hen’s teeth, but the gap in mentality was a million miles wide.

Neither side had much exposure to the other’s way of thinking, living,
eating or doing business. And at that stage, one side was comprised of
business people primarily engaged in doing business, and the other side
was mainly government officials charged with following the 5-year plan –
two groups with very different mindsets indeed.

Having said that, even in the days of Soviet-style. central planning,
front line Chinese officials at State-owned companies were respected by
their western business counterparts as being very well-trained
negotiators. One description which made the rounds in the mid-70s Canton
Trade Fair circles was that negotiating with the Chinese side was like
being “nibbled to death by ducks” – a wonderful description of a largely
painless but excruciatingly slow demise.

Western business visitors seemed to be in a hurry compared with their
Chinese counterparts, who were in anything but a hurry. They were, after
all, still routinely taking noontime naps. Success or failure was also
measured on a collective basis in the context of a five-year plan versus
quarter by quarter metrics with a fairly high degree of individual
accountability.

In those early days when the inadequacies of available interpreters was
the rule rather than the exception, both sides were more vulnerable than
in later years ; because no one other than the interpreters had
bi-lingual abilities. There was thus little or no language checking or
translation audit capability around the discussion table.

This meant that an interpreter’s shortcomings were largely shielded from
view, especially because it was a given that the other side was coming
from virtually another planet in terms of mindset anyway, so it was to
be expected that they would issue bizarre comments on a more or less
regular basis.

Among the Chinese, this would be explained in private by references to the inscrutable (capitalist) foreigners.

Among the foreigners, this would equally be explained in private by references to the inscrutable (communist) Chinese.

This generally created a deeply muddled atmosphere, but somehow life and
commerce went on, albeit at a fairly slow and inefficient pace.

The most colorful problems arose when an interpreter entered the arena
who was so far underqualified that they chose to fake their way forward
rather than ask questions.

I was once thrust into a dilemma of this sort involving a delegation of
first-time visitors from China to North America, none of whom spoke a
word of English except the interpreter, who was a fresh college graduate
with a degree in English.

As with virtually any fresh graduate with a similar background to hers,
her verbal English abilities were far, far short of the task assigned
her. However, the chance to make an overseas trip at the time was about
as remarkable as being chosen for the astronaut program ; and none of
her colleagues had a clue as to how far off the mark her English ability
was, anyway.

So there we were. She had a choice, which was, simply put, to interrupt
the proceedings with a lot of questions seeking clarifications on words
and phrases, or, to make it up as she went along. She chose the path of
least resistance, which was the latter choice.

What resulted was a prolonged Tower of Babel situation, which dragged
out over a painful period of more than a week and reinforced the
prevailing view at the time that East and West would never meet.

The worst moment of all occurred at the end of a high-profile luncheon
to which the Chinese delegation had been invited by the CEO of their
American host organization, who was a respected dignitary. He was joined
by all the members of his second-tier management team.

The food was Western, and I noted with appreciation that the Chinese
delegation made the best of appearing to enjoy food which I knew was not
to their taste.

The luncheon banter was friendly and cordial.

Towards the end, the leader of the Chinese delegation, Mr. Huang, gave a
nicely worded speech thanking the American side for their hospitality,
thoughtful arrangements, etc.. He complimented their company as a famous
leader in their industry both in North America and around the world. He
went on at some length and I was impressed by his thoughtful choice of
words in Chinese.

Then it was the young interpreter’s turn to render his comments into
English. What followed was a dramatically abbreviated and twisted
nightmare of a statement which bore little resemblance to what he had
said, and was actually insulting in its tone.

“Mr. Huang says thanks for lunch and for the arrangements of this trip.
He says he hopes your group will be an important one in your industry
and in the world one of these days.”

You should have seen the jaw-dropping expressions on the faces of the
CEO and his right-hand people. The word “devastated” comes to mind.

Although I am always mindful of creating potential hurt feelings or loss
of face by correcting an interpreter while they are on duty in front of
a group, in this case I felt I had no choice. So I chimed in and added a
fuller and more accurate account of what Mr. Huang had actually said.

The luncheon came to an end, and we were on our way.

0 responses on "Bad interpreters are anti-heroes"