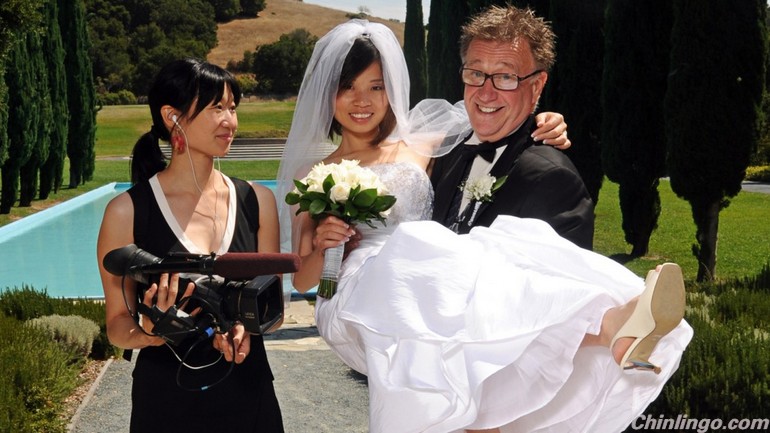 Relationships between Western men and Chinese women aren’t uncommon in China these days. I myself have been married to my Chinese wife for three and a half years, which has been a very interesting adventure.

I know that every couple and situation is different but for anyone starting out in a similar relationship, I hope I can share some advice on what both parties might expect.

The belief that many Chinese women are only interested in an apartment, diamond ring, luxury car and a champagne lifestyle from the relationship is a well known one – in some cases true, but not entirely accurate. She may not mind if you don’t dress well, have a bit of padding around the middle, earn a modest income, live in a roach-infested apartment and have little money in the bank. She definitely will mind though, if, a year later, you’re not looking for a better job, your dress sense hasn’t improved and you’re still spending money and eating like there’s no tomorrow.

Saving money will be especially vital if the relationship becomes serious, as it’s often seen as the best way to show your appreciation of others. Major holidays like Mid Autumn Festival and Chinese New Year can empty your wallet pretty quickly. Weddings (your own and others), birthdays, having a baby, giving gifts for someone else’s baby and various celebrations can also strain you financially. That’s without even going into the costs for weddings and overseas holidays if the relationship becomes really serious.

As long as you’re working to save for your future together by striving for a better job with more income and generally trying to improve yourself in every way; as long as you’re a well rounded person with no serious hang-ups and a healthy social life, she’ll most likely be willing to work with, and support you. However, going into the relationship with a ‘take me as I am or not at all’ approach may end with her choosing the latter option and walking away.

She may expect a lot from you and expect to be taken care of but will also be generous to a fault. She’ll be loyal, teach you how to save money, buy you clothes and may give you gifts every now and again. On the flip side, you may find her a bit immature and prone to angry outbursts and so, learning how to handle these will be one of the biggest challenges in the relationship.

I know that you only want him to be the best person possible and will give everything possible to ensuring a good relationship. However, keep in mind that this relationship will be quite different from any he’s had with western women.

One point of contention may be how you sort out problems in the relationship. He may be used to his significant other giving him criticism with a heavy dollop of tact, sensitivity and high regard for his feelings. He definitely won’t be used to being called fat or stupid and will take no comfort whatsoever in the knowledge that you do that with your family and friends in a joking way. Maybe you’ll call him names to test his devotion to you and challenge him to prove you wrong. It’s more likely that he’ll take your words literally and have second thoughts about the relationship so try to keep a balanced viewpoint and see things from both sides during disagreements.

Another important consideration is your parents. You might see them as fantastic, selfless people who have supported you and given you so much over the years. Your western boyfriend however, will see your parents as…well, your parents. Of course he should be polite to them and respect them and he probably will but in his own country, couples normally don’t have that much to do with each other’s parents, even during marriage. Having your parents move in with you, tag along on trips and having you both stay at their place for extended periods during national holidays may seem like the most natural thing in the world but he may put up some stiff resistance to this. Give him time and space to accept these ideas; don’t get angry and try to force them on him.

Any relationship is difficult and needs work. Intercultural relationships are particularly challenging due to language and cultural difficulties. As long as both are willing to communicate, listen and strike a healthy balance between the two cultures, the relationship can be a long and successful one. Good luck!