Will Chinese love Apple Pay as much as iPhone? 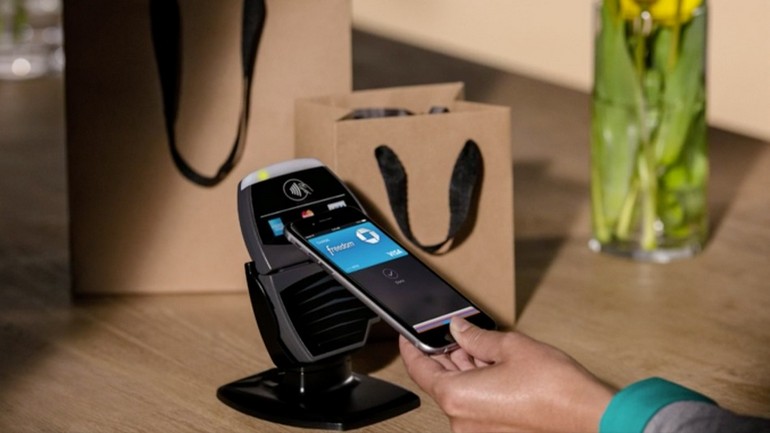 While Apple has yet to announce a time table for the launch of its payment service in China, analysts are already speculating whether Apple Pay can capture a sizable share of China's booming mobile payment market.

Mobile payment in China has seen explosive growth over the past two years, reaching 5.99 trillion yuan (982.3 billion U.S. dollars) in 2014, according to IT consultancy iResearch.

But the boom in mobile payment, as reflected by a 391.3 percent year-on-year growth in 2014 and 707 percent in 2013, has been driven mostly by domestic internet giants Alibaba and Tencent, with a combined market share reaching 93.4 percent last year, data from iResearch shows.

Aside from domestic dominance, Apple Pay must also contend with limited consumer use of their payment technology.

Apple Pay employs Near Field Communication (NFC) technology, which allows people to tap their iPhones on a point of sale (POS) machine to complete transactions at brick-and-mortar businesses.

China Union Pay (CUP), China's bank card association, has worked with the country's three major telecom operators for years to promote NFC payment for mobile phones, only to find NFC payment accounting for a meager 1.6 percent of the total mobile payment market in 2013.

Analysts say the marginal share of NFC payment will limit Apple Pay's potential to grow in China. By 2018, NFC payment is only estimated to take up six percent of total mobile transactions worldwide, while the rest will use software-based services, such as Quick Response (QR) codes, according to technology research company Gartner.

"You would expect NFC payment's share in China to be higher than the global average by then, but not much," says Sandy Shen, research director for consumer services and mobile devices at Gartner.

At the same time, the Chinese mobile payment market, which iResearch expects to triple to 18 trillion yuan in 2018, is far too big to ignore.

During a briefing on consumer technology by Gartner in Beijing on Friday, Shen asked a packed conference room whether any of them substitute their smartphones for cash or credit card when making a purchase. Only a few raised their hands.

"I was glad to see a show of hands, though very few," Shen said. "I got nothing from the audience when the same question was asked in Taiwan."

While NFC has yet to gain huge traction in China, the race to capture a slice of the country's 520 million smart phone users continues to grow more heated.

Over the past two years, the tug-of-war between Alibaba and Tencent has extended from online payment to offline, as the rivals enter a race to team with stores, taxi-hailing apps and other merchants to allow their users to pay using QR codes.

Alipay also offers users the option to pay via NFC, but QR codes have proved far more popular so far.

Recognizing the need for a local partner, Apple has already initiated talks with China Union Pay, which has helped set NFC standards and initiated a secure platform for banks to load card holder's account information into NFC-enabled phones.

While NFC largely addresses the need to pay in an offline scenario, successful penetration depends on the NFC service providers' ability to get merchants to accept NFC payment, Shen says.

A partnership with Union Pay would allow Apple to take advantage of the massive offline efforts Union Pay has already made, such as deals with merchants and NFC-compatible POS machines.

But even though Apple's brand appeal should be a big attraction, analysts are not so optimistic about their ability to attract mobile payment users.

Almost six months after Apple Pay was fully launched in the United States, 85 percent of iPhone 6 and 6 Plus users said they have never used Apple Pay. Of the 15 percent that actually used it, nine percent say they only experimented with the service, according to a survey from InfoScout.

"NFC payment has a higher requirement for hardware than software-based solutions such as QR code scanning, while we see growing opportunities for software-based mobile payment expanding at offline scenarios going forward, NFC will remain largely as a niche market." Shen said.

0 responses on "Will Chinese love Apple Pay as much as iPhone? "