9 important differences between foreigners and Chinese 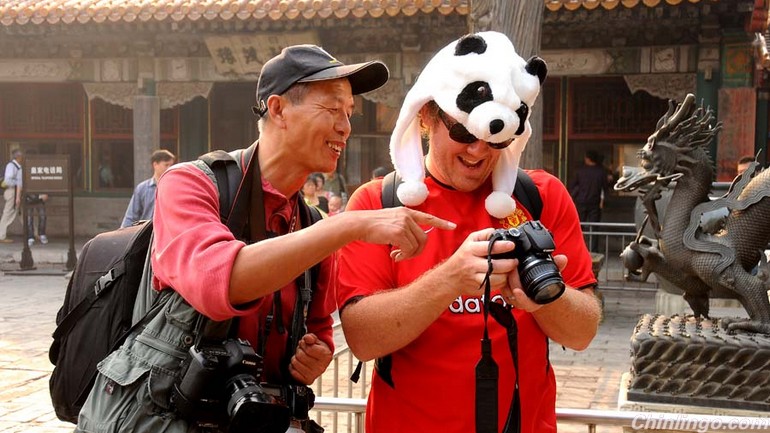 The lives of Chinese and the lives of foreigners are often marked by large differences. These contrasts between the two, exist because of differences in culture. Eastern and Western culture have very distinct and different characteristics. The two cultures often overlap, and when this happens it can be really great. Our world is now so small, cultural exchange is more important and prevalent than ever before. Here are some of the most visible differences between Chinese and foreigners

When Baozi Meets McDonalds: East and West Come Together

When Chinese people eat with foreigners they musn’t modestly decline food. Most foreigners will take things at face value. When they ask you not to eat something, if you refuse, they will respect your decision and won’t give you anything to eat.

In short, foreigners are more direct in the way that they express and conduct themselves in society, whereas Chinese people are more subtle.

2) Behavior as a Guest

When Chinese people go to someone's home they often like to look around, like they are shopping. How do foreigners feel about this behavior? Although it is important for foreigners to make guests feel at home it is still taboo for guests to snoop around the host's possessions and walk around the house freely. It is also not polite to ask foreigners questions about salary, age and other personal issues.

Chinese people love to give gifts in pairs. One reason for this is to show that they are not stingy. The second reason is that it is luckier to bring two presents. When Chinese people go to a friend's or relative's house they usually bring some fruit as a gift.

However, in the West it is common to bring wine as a gift and guests usually bring only one bottle. If a guest brings two bottles, it indicates that the guest is an alcoholic and that one bottle of wine is not enough for them. Foreigners also generally do not bring fruit when they visit their friends. Fruit is used as a gift when visiting parents rather than friends.

When foreigners hear Chinese people call them “laowai,” they often not happy about it. They do not feel that they are “lao,” or “old,” but young and healthy!

When Chinese people go out or travel in a group, if one person buys something they will buy one for everyone else in the group, even if the others say they do not want it. However, when foreigners travel together, if someone offers to buy someone else something, they can politely turn them down if they do not want it. Foreigners try to respect each others’ wishes in this aspect.

Chinese people believe that when family or friends help each other out they do not have to say thank you because they already have a close relationship. When a foreigner asks a family member or friend to help them out, they usually say thank you to them. They expect others to use polite language like “thank you,” and “please.” When you are out with foreigners, if you do not use “thank you,” foreigners may feel like you are not being polite.

Westerners are willing to praise others and are also willing to accept peoples' praise. In order to show humility, Chinese people often “reject” the praise of others. When Chinese “deny” praise, it makes foreigners inexplicably feel like they did not appreciate their praise. In short, foreigners are more direct and straightforward and Chinese people are more discreet.

0 responses on "9 important differences between foreigners and Chinese"