Before heading to China I thought it was going to be pretty much impossible to try and keep a vegetarian diet so I loosened the reins and away I went. As it turns out though, there are plenty of awesome vegetarian street food options.

The artisanship, ingenuity and even engineering work of the street food vendors is just incredible. The contraptions these food masters use to create some of the most delicious food I’ve eaten in China, shows their dedication to delivering their fare, the way they want it-absolutely yummy. 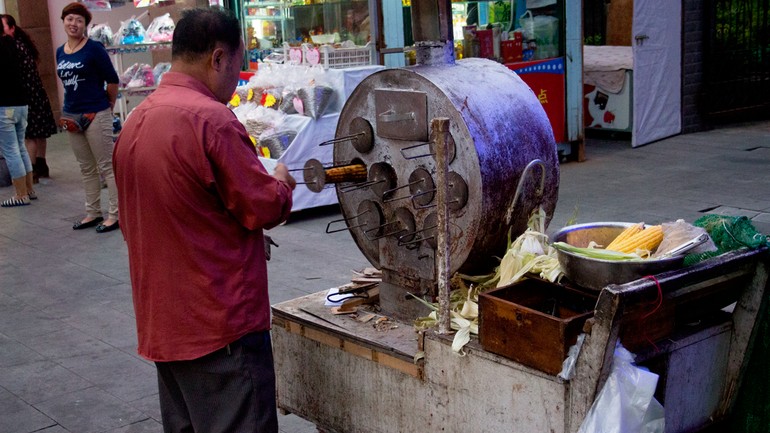 This man and his machine were sent down from the corn heavens. Anyone who knows me well, knows how much I love grilled corn, especially grilled corn that is perfectly charred. His corn was everything and more.

His corn grilling was like a dance, as he constantly pulled, turned, flipped and switched his corn to the perfect hot spots in his magic corn oven but I must say his best move was handing one over. 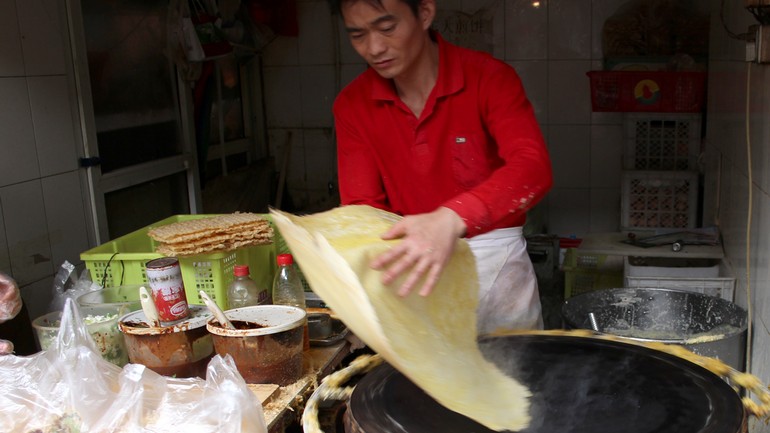 We called him the crepe master. He laid his batter on a smoldering, spinning wheel as it cooked from the outside, in. When it was ready, he’d scoop it/flip it up, fill it with some lettuce, these crunchy things, the toppings of your choice, and the special sauce and roll it up like a wrap! I think we stayed there for at least 10 minutes just staring at him make these things. 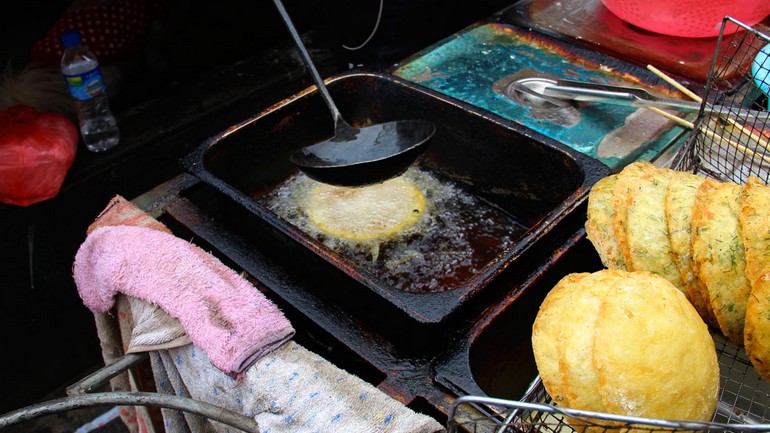 The potato genious. She carefully lined her ladle with a mashed potato batter filled with fresh and fragrant dill, deep fried it and let it fall off the ladle to form a perfect potato bowl that she filled with spicy chili. We went back for seconds. 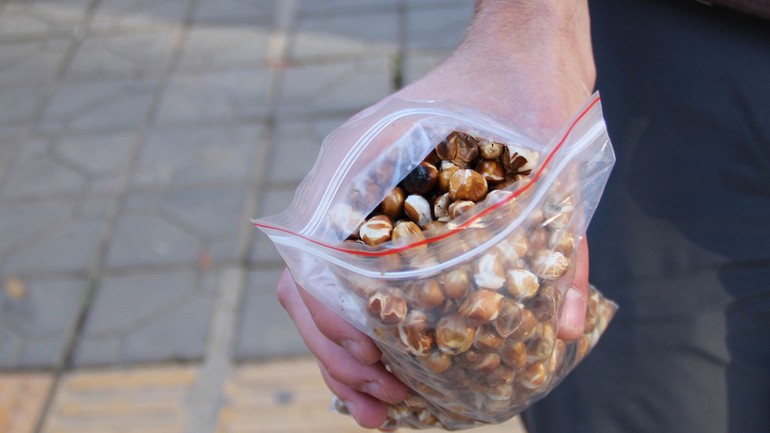 The half popper. This guy sells half-popped kettle corn from his bicycle, but he pops the stuff on the street. I didn’t know what we were walking past at first, I just heard loud bomb like noises and smells of deliciousness. He rotates his kettle by hand over an open flame on the sidewalk as the kernels partially pop.  The stuff is addicting and it tasted as good as it smelled. 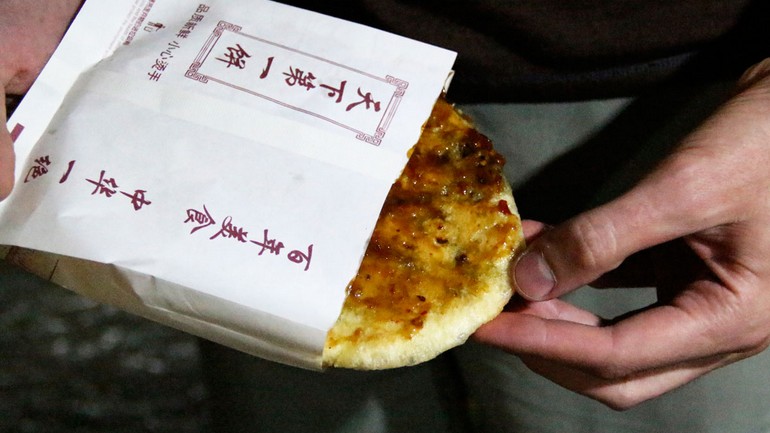 Stuffed bread. I stuffed mine with green onions and watched this man take a fresh piece of dough, shape it, stuff it, and cook it all in about 3 minutes. It steamed as he smeared some spicy, red sauce on one side, put it in a paper bag and into my hand. It was devoured in about 3 seconds. 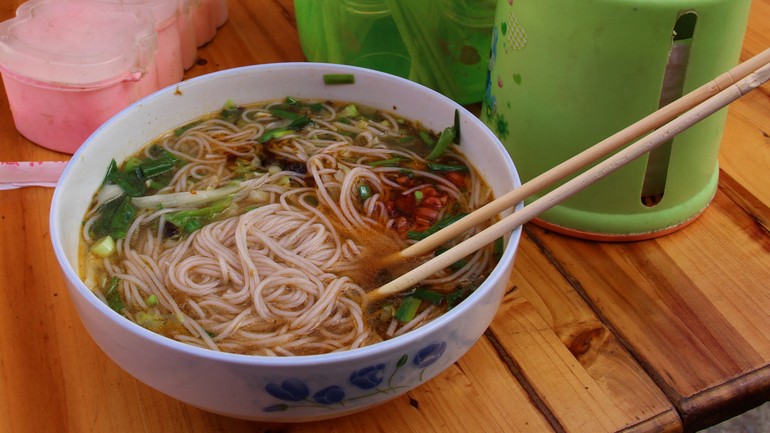 Noodles. I ate so many bowls of noodles in China, and honestly I can’t fairly say that this is vegetarian because who knows what’s in that broth…but this woman made some noodles that were THE JAM. The noodles themselves were fresh and velvety, her broth was pretty much perfect and her greens were super fresh. Lunch was remembered that day and it only cost about fifty cents. 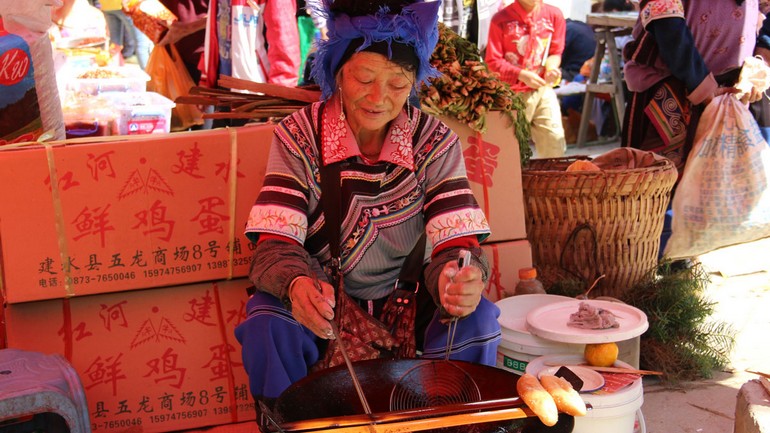 Hani fried dough. Her fried dough was unlike other fried dough I had in China; I’m pretty sure the difference was that hers was made from a rice flour instead of wheat. It was crispy on the outside the way fried dough should be, but gooey on the inside from the rice batter. It was a perfect sweet dessert after our spicy noodle lunch, and yes it became a pattern, we went back for seconds.

These are just a few street food highlights, there were so many more, like the countless nights with yummy street fried rice, barbecued vegetable skewers, grilled eggplant with tons of garlic…it goes on and on.