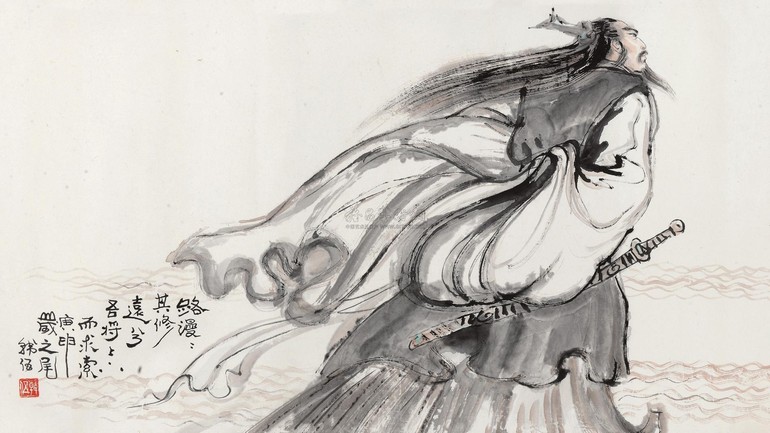 The Dragon Boat Festival has a history of more than 2,000 years, and is believed to have originated during the Warring States period. A number of legends, associated with patriotic poet Qu Yuan, attempt to explain its origins and traditions.

The History of Qu Yuan

Qu Yuan (340–278 BC), poet and statesman of the Chu Kingdom during the Warring States period. Qu Yuan wrote a great deal of poetry, for which he is now remembered.

A descendant of the Chu royal family, Qu Yuan served in high offices. When the king decided to ally with the increasingly powerful state of Qin, Qu Yuan failed to persuade him not to do so, and was banished for opposing the alliance. Later he was accused of treason and exiled.

Twenty-eight years later, the Qin State conquered the capital of Chu. In despair, Qu Yuan committed suicide by drowning himself in the Miluo River on the fifth day of the fifth lunar month.

The local people were very sad when hearing the news of Qu Yuan's death, and all came to the river bank to pay their respects to the patriot.

Fishermen refloated his body, and one of them threw lumps of rice into the river to feed the fish so that they would not eat Qu Yuan's body — this is purportedly the origin of zongzi.

The locals paddled out on boats to scare the fish away and retrieve his body — purportedly the origin of dragon boat racing.

An old Chinese doctor poured realgar wine into the river to poison the monsters and to protect Qu Yuan — purportedly the origin of drinking Realgar wine.