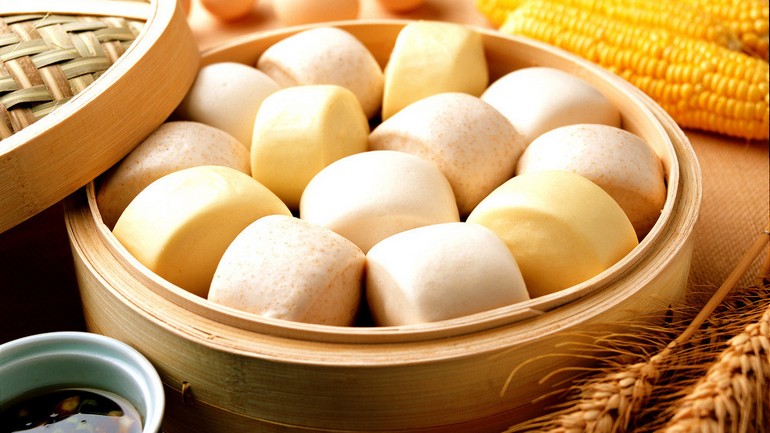 Steamed bun has a history of thousands of years. It can be traced back to the Jin Dynasty when some history book contained records on “Steamed cake”, which refers to the steamed bun of the modern times. Legend has it that Zhu Geliang in the Three Kingdoms Period replaced real human head with a human-head-shaped object made of flour and beef or mutton in the memorial ceremony of Lushui River. This offering was called “Steamed-bun head”. From then on, steamed buns were used as oblation by people in the Jin Dynasty. Such steamed buns were of large size and usually stuffed with meat. In the Tang and Song Dynasty, steamed buns were smaller as a kind of pastry, with or without stuffing. It is in the Qing Dynasty that the name of steamed buns was differentiated. In North China, steamed buns without stuffing were called “Steamed Buns” while stuffed ones were called “Steamed Stuffed Buns”. The situation in South China was just the opposite.