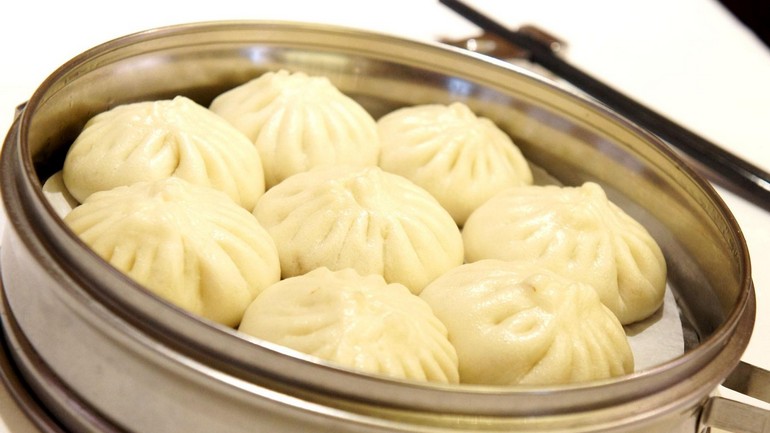 The name “Goubuli” came into existence early in 1858. A person named Gao Guiyou ran a snack pub exclusively dealing in stuffed bun. Since he was apt at various crafts for making stuffed bun, his products were provided with peculiar features in color, scent, taste and shape, which won him a booming business. Gao Guiyou was always too busy to talk to his customers who then said jokingly “Gouzi (nickname of Mr. Gao) only sells his stuffed buns, paying no attention to customers”. Later, people all called him “Goubuli” and his stuffed bun “Goubuli Stuffed Bun”, which had outlived the original name of the pub. It is said that Yuan Shikai once brought Goubuli stuffed bun as a tribute to Empress Dowager Cixi, who was very pleased after tasting the bun. From then on, Goubuli stuffed bun rose to fame swiftly and branch stores dealing in the bun were gradually extended to numerous places in China.

With its fresh and delicious taste, Goubuli stuffed bun is famous across China and even abroad, and Tianjin, Beijing and other cities have set up branch stores. Its high popularity is attributed to the fine materials, elaborate making, as well as unique skills in material selection, formula making, churning of materials, dough kneading and dough rolling. Furthermore, strict regulations have been set in the bun-making process that plaits on the buns should be symmetrical and the number of plaints on every bun should not less than 15. In virtue of these standards, the piping hot stuffed buns are uniform in shape, white, tender, fat but not greasy, as well as fresh and tasty, and thereby have been being popular among both Chinese and foreigners.