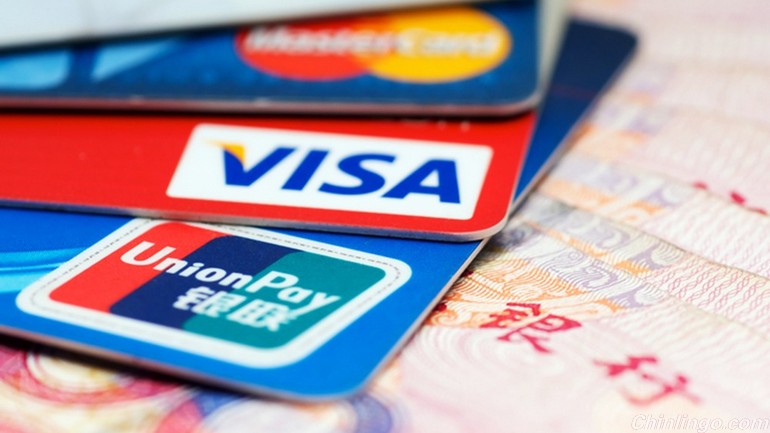 With swipes of UnionPay cards, travelers around the world can book hotel rooms, shop for souvenirs, dine in restaurants and even pay taxi fares.

"China's economic development has brought fresh opportunities for the global payment industry, and China has become the most potential and the fastest-growing payment industry power," China UnionPay Chairman Ge Huayong said to Xinhua.

The Shanghai-based UnionPay was established in 2002 as a bank card association with 400 domestic and overseas associate members. It has been extending its international acceptance network ever since.

UnionPay's services covered 150 countries and regions outside China at the end of 2014, with more than 26 million businesses and 1.8 million ATMs accepting UnionPay.

UnionPay now occupies the world's third-largest market share of credit and debit transactions, after the U.S.-based Visa and MasterCard.

Chinese travellers spent a lot during the lunar new year holidays with the number of UnionPay overseas transactions from Feb. 18 to 24 rising nearly 50 percent year on year.

It also actively promotes issuance of UnionPay standard cards overseas, providing payment convenience for foreigners in their work, travel and study in China.

Part of UnionPay's success abroad is the efforts to make sure all partners, card holders and merchants could benefit, Cai said.

Regarding competition with Visa and MasterCard on the global stage, Ge said the company will continue to provide discount promotions and improve services in South Asian countries while expanding the acceptance network of UnionPay cards in Europe and the U.S.

He said the company's future plan is to introduce more applications and serve as a gateway to retailers with online shopping platforms, and may jointly offer applications with developers of smart devices, such as "mobile payment" and "phone pockets" to facilitate cross-border transactions.

"As the world's second largest economy, China should have its own international payment system to match its status," Ge said. "UnionPay is expanding its global networks."