B&Q sells majority of shares to Wumart in China 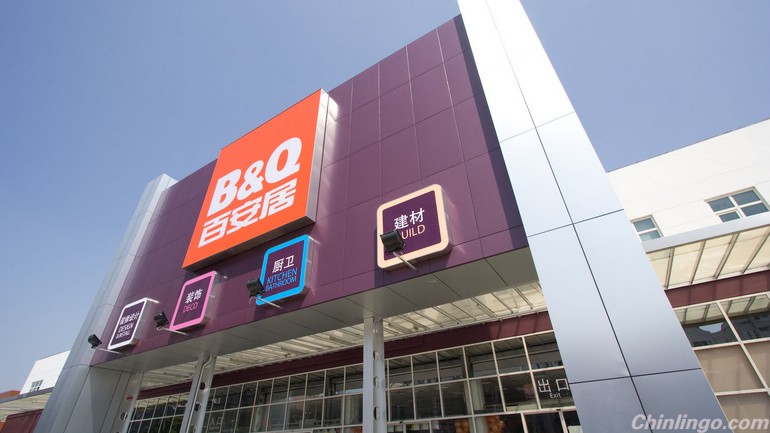 After the fall of Germany’s Media Market, the UK’s TESCO, America’s Home Depot and Best Buy, another foreign Fortune 500 retailer has shut its doors in China due to continuous losses.

On December 22, China’s leading retail chain Wumart Group announced that they had signed a formal agreement with British giant Kingfisher Plc and would acquire 70 percent of Kingfisher’s investment in B&Q China for the price of 140 million Yuan.

China’s Cuifeng Group will hold the remaining 30 percent of the joint venture.

Wumart Group said that after the deal has been approved by the Chinese Ministry of Commerce, Wumart will pay Kingfisher the full purchase price in cash. Wumart plans to keep the current B&Q brand and management intact.

B&Q has suffered losses in China for eight years.

This past March, Kingfisher B&Q China announced that it would seek out strategic local business partners. B&Q China has reported losses for seven consecutive years. The company has also projected losses for the year 2014 and business has been difficult.

Kingfisher is second in the world to Home Depot. Kingfisher has 1,176 stores in 11 countries across Europe and Asia and includes major brands such as B&Q and Castorama. In 1999, Kingfisher entered the Chinese market with a high profile opening of its first B&Q store in Shanghai. The company then gradually entered an era of high-speed expansion. In 2005, B&Q acquired a German building material retailer OBI and its 13 stores in China. In this peak period of expansion, there were close to 70 B&Q stores across China.

B&Q has plummeted since 2006 when former Alibaba chairman Wei Zhe joined the company’s leadership. B&Q continued to close its stores and reduced operations. Some analysts believe that B&Q issues stem from problems with the Chinese real estate market. However, others say that the company has problems with its management and staff. In any case, the company has suffered successive losses in the past few years.

Currently, B&Q’s annual sales only total 400 million Yuan. The company has also downsized and only has 39 stores. B&Q’s poor long-term business has led Kingfisher to look to sell its equity in the company.

Securities analyst Xu Zhicheng said that due the nature of B&Q’s retail stores, there is no property value and its existing assets are mainly intangible: site operations, data management systems, the company’s brand, dealers and other resources. With the recent downturn of the industry, 70 percent of the company for 140 million Yuan is a quite reasonable and cost-effective deal for Wumart.

Kingfisher is not the only foreign retailer that has left China recently. In September 2012, the world’s largest building materials retailer Home Depot closed its last seven stores in China and completely withdrew from the Chinese market. In March 2013, Europe’s largest appliance store Media Market also closed seven stores in China, completely withdrawing from the market.

In August 2013, Tesco, the United Kingdom’s largest retailer, confirmed its plans to sell an 80 percent controlling stake of its 131 retail stores in China to China Resources Enterprise. In December 2014, Best Buy announced that an agreement was reached with Zhejiang real estate developer Jiayuan Group to sell the five-star electronics company to them, an agreement that would go into effect three years after the closer of the Chinese-owned stores and thereby officially ending Best Buy’s eight year venture in China.

In addition to the abovementioned retailers, Wal-Mart, Carrefour, Metro and other foreign giants have failed in many fields of retail in China including supermarket retail, the retail of household appliances and the retail of building materials.

"Our joint venture has no plans for layoffs or pay cuts," said Wumart chairman Meng Jinxian, adding that there are advantages in the integration of different enterprises.

In the future, the new joint venture will rely on experience of both companies and their ability to understand the challenges that retail stores face in the Chinese market. Wumart will use Kingfisher’s expertise in the field of home building materials and expand on B&Q’s brand value and capabilities for global sourcing. Wumart also plans to “vigorously develop an e-commerce platform” for B&Q and will use Wumart stores and membership resources to market B&Q.

In all, Wumart hopes to develop B&Q China into a multi-channel and multi-format business.