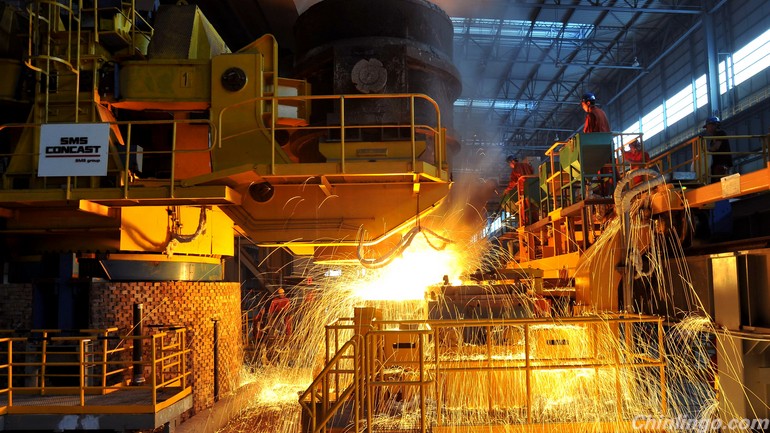 Northeast China has better opportunities to upgrade its industries than it did a decade ago, experts said Sunday, following Chinese Premier Li Keqiang's visit to the region.

The three northeastern provinces – Heilongjiang, Jilin and Liaoning – should speed up their reform and opening-up efforts to renew growth and seek sustainable development, Li said in Changchun, capital of Jilin Province, on Friday during an inspection tour.

The region is critical to China's development because of its industrial hubs and grain production, but now it is facing increasing pressure due to weak domestic demand and slowness of systemic and institutional reforms, Li was quoted as saying by a Xinhua News Agency report over the weekend.

Li made the comments at a meeting attended by top officials from the three provinces.

He urged local governments to prioritize stabilizing growth, boosting employment and improving the quality of growth through more reform and opening-up measures.

"When the strategy to revitalize Northeast China was first publicized more than a decade ago, connectivity between different regions in China was poor," Zhang Chunxiao, a researcher with the Chinese Academy of Governance, told the Global Times on Sunday.

"Today, regional cooperation and coordination is active in China and the region could benefit from external regional input," Zhang said.

Some of the 10 major industries listed in the "Made in China 2025" strategy, such as robotics, advanced shipping and transit equipment, are related to the existing industrial bases in Northeast China, Zhang noted.

At the annual sessions of the national legislative and consultative bodies in March, Li said that China should implement a "Made in China 2025" strategy that emphasizes innovation-driven development, green development and application of smart technologies.

China's State Council had also previously rolled out guidelines in August 2014, proposing a slew of measures to support the rejuvenation of the three northeastern provinces, the traditional industrial base of the country.

"The recent approval of a number of new free trade zones, and the development and integration of neighboring regional blocs will promote the mass application of technologies that are complementary to the existing main industries in Northeast China, helping it to upgrade its existing industrial chain," Zhang said.

The recent fall in prices of oil and coal, two major exports from the region, have hurt its economy, experts said.

Daqing, a city in Heilongjiang Province that accounts for nearly one-quarter of China's domestic inland oil production, said it would cut its annual output from the current 40 million tons per year to 32 million tons per year by 2020, according to a report by Xinhua News Agency on December 28, 2014.

The three provinces have been facing increasing downward pressure since 2013 and ranked bottom in terms of growth rate among China's 31 provinces, regions and municipalities in 2014.

The GDP growth rates in Liaoning and Jilin stood at 5.8 percent and 6.5 percent, respectively, in 2014, while Heilongjiang saw growth of 5.6 percent, far short of its annual growth target of 8.5 percent, according to official data.

"In the past, output was based on exploitation of resources, but this model was unsustainable. Resources should be exploited in a more diversified way," Zhang remarked.

During his visit, Li inspected CNR Changchun Railway Vehicles Co in Changchun and said successful exports of the company's products have boosted growth across the industrial chain and have created a lot more jobs, according to a report by the Beijing News on Sunday.

Local governments should try to diversify their industrial development rather than relying on resource-consuming industries, Zhang said.

Wu Chenhui, an independent analyst with Beijing-based qianyan.com, said more emphasis should be given to the private sector.

"The private sector, which has better efficiency, still plays a smaller role in Northeast China than in the Yangtze River Delta and Pearl River Delta," Wu told the Global Times on Sunday.