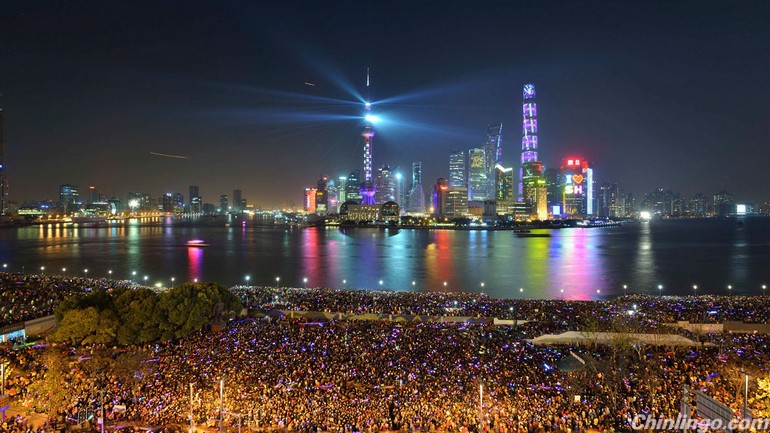 SHANGHAI — With a dazzling light show set to begin at midnight, a
huge crowd of revelers had gathered for an outdoor New Year’s Eve in
this city’s historic riverfront district. They began to grow unruly.

“We were just trying to walk up the steps to see the light show, and
then people at the top began pushing their way down,” said a 20-year-old
man. “Then I heard someone scream, and people began to panic.”

The man, who spoke while awaiting a friend at Shanghai No. 1 People’s Hospital, said, “We got crushed.”

In an instant, a stampede trampled and asphyxiated dozens of people.
So thick were the crowds here that ambulances struggled to reach the
victims, who had been partying moments before and now lay suffering or
lifeless, some with dirty footprints on their clothes.

By Thursday afternoon, at least 36 people had died in the stampede
and 47 were known to be injured, and the police conceded that they had
been ill prepared.

Even for China, the world’s most populous country, with a history of
fatal stampedes and constant worries about crowd control, it was one of
the worst public tragedies. It was made more so because the stampede
happened during a celebration in a historic showcase area of Shanghai,
its version of Times Square.

Most of the victims were Chinese in their teens and 20s, who had
hoped to ring in 2015 partying in the area, the Bund, the city’s famed
riverfront promenade.

The stampede was a reminder of the challenges the authorities face in
managing China’s megacities. Like other metropolises around the world,
Shanghai has made its New Year’s Eve celebration a signature event, with
light shows and performances late into the night.

This year’s big attraction was billed as a “5D Light Show” that was
supposed to project colorful blazes onto the Bund. The light-show
festivities included the city’s newest landmark, the 2,074-foot Shanghai
Tower, one of the world’s tallest buildings. But at least one of the
shows had been canceled ahead of the stampede, and word had not reached
all the revelers.

Many people who had been milling around the Bund on Wednesday night
said the huge crowds simply overwhelmed the authorities and the event
organizers in this city of 25 million.

Among the dead were 25 women, aged 16 to 36, according to Xinhua, the
official news agency. Besides the Chinese residents, the authorities
said the casualties included one person from Taiwan and one from
Malaysia.

A video posted on youku.com appears to show an enormous mass of
celebrators pushing and yelling and crushing young people under its
weight.

Some participants said the crowd may have been even larger than the
300,000 people who, according to an official count, had attended a year
ago.

After the stampede, and the ensuing chaos as ambulances tried to
reach victims sprawled in what is usually a busy traffic intersection,
the remaining light show was canceled. Police officers stood shoulder to
shoulder to permit ambulance access. But many victims died before
reaching a hospital, the authorities said.

President Xi Jinping ordered an immediate investigation. And by
afternoon, the police were even looking into reports that partygoers in a
nearby building may have contributed by tossing fake $100 bills into
the area.

The police later ruled out that theory, saying that the phony currency had been tossed after the stampede.

Still, they admitted having not anticipated such a problem. The
Xinhua account said “the police expressed regret over their failure to
effectively intervene when the tourist flow ‘increased irregularly’ at
11:30 p.m.”

On Thursday afternoon, four Shanghai hospitals were treating the
injured while friends and relatives waited. In the lobby of Changzheng
Hospital, the mother of a 16-year-old stampede victim dropped to her
knees when told that her daughter had not survived.

“I can’t take it! I want to die,” the woman cried as her relatives tried to console her. “I don’t want to live. I can’t go on!”

In China, New Year’s Eve celebrations are a relatively new affair,
far less significant and theatrical than the annual Chinese New Year
celebrations that take place according to the traditional calendar,
usually in late January or early February. And yet, every year, the
crowds that gather in major Chinese cities on Dec. 31 seem to get
bigger.

In Shanghai, the Bund is one of the most popular tourist spots, a
strip of hulking, pre-World War II buildings built largely by the
British. Now elegantly restored and illuminated at night, the buildings
house banks, upscale restaurants, nightclubs and five-star hotels,
including the Peace Hotel and the Waldorf-Astoria Shanghai.

The city spent $732 million between 2007 and 2010 to renovate the
Bund, expanding the promenade and making more room for tourists to
delight in gazing at the historic buildings or across the Huangpu River
toward the new financial district, filled with high-rise apartment
buildings, office towers and oversize advertising displays.

The makeover was so successful that much bigger crowds now tour the
riverfront day and night, so numerous that some of the luxury shops have
relocated.

On Thursday, there were large crowds once again walking the Bund, but
also police cars and vans in the area near Chen Yi Square. Some
visitors placed bouquets near the statue of Chen Yi, a former military
commander and onetime Shanghai mayor.