Opinion: She crosses big China to accost you 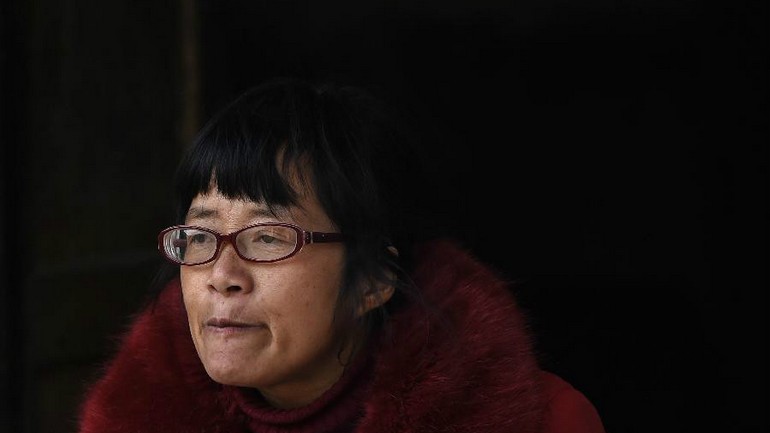 She attained fame overnight, almost rudely. But then she is no ordinary poet, for she has been serving the three muses of poetry, Calliope, Euterpe and Erato, for 16 years.

Yu Xiuhua is a farmer and all of 39 years old. She lives in Zhongxiang of Central China`s Hubei province, and has been called by the media as the "poetess with cerebralpalsy (a condition characterized by movement problems)". Yu broke through social media WeChat recently after Poetry magazine twitted her poem, Crossing Big China to Sleep With you.

Many media outlets have talked about her and her poems but their approach has been somewhat complicated. They have indeed praised her poems saying they carry real feelings and the power to move hearts. But, unwittingly or otherwise, their focus seems to be on her physical and social conditions, with one media outlet describing her as "a countrywoman who composes poems".

The woman described by some media outlets as "China`s Emily Dickinson", the famous American poet, dropped out of senior high school, has lived the life of a farmer since and does suffer from cerebralpalsy.

But none of her physical traits, or the lack of them, have anything to do with her ability to compose poems. In the world of poetry, the only things that matter are words, and the feelings and meanings they carry. And her poem, Crossing Big China to Sleep With You, conveys that feeling, full as it is with passion: "Across China, all is happening: volcanoes are erupting, rivers are running dry…I pressed nights into a dawn to sleep with you, I gathered all I am to sleep with you".

That she became famous overnight mainly because of media hype, rather than on the basis of her works, is a reflection of the times we live in. By using offensive epithets such as "poetess with cerebralpalsy" or "countrywoman who composes poems", media outlets have succeeded in catching the eyes of readers and viewers.

Yet the irony is, without the media offensive, Yu Xiuhua the poet and her works would have remained unknown to ordinary readers. Media reports contrasting Yu`s physical disability with her creative mind have moved, even inspired, many people.

True, John Milton overcame his blindness at 43 to be acclaimed as a great English poet and W.B. Yeats, despite his undiagnosed learning disorder, reached the wuthering heights of poetry. But they were different people living in different times. Today, a poet needs more than the medium of poetry to be heard by readers, which speaks volumes about the state of the arts, poetry included, in contemporary society.

The 1980s are regarded as the golden age of modern poetry in China, when many poets enchanted readers with their excellent creations. But the fact Yu`s works have touched many people`s hearts today is proof of her poetic power. As literature professor and poet Zang Di has said in an interview, she uses her language as her body. Perhaps the sincerity and purity of thought expressed in Yu`s poems, which today`s society seems devoid of, have drawn readers to her poems.

The last word, in this regard, rests with John Keats, "Beauty is truth, truth beauty," – that is all: Ye know on earth, and all ye need to know. If the combination of truth and beauty which Yu seems to represent rekindles people`s passion for poetry, media hype or not, so be it.

0 responses on "Opinion: She crosses big China to accost you"