The Chinese art of mythmaking 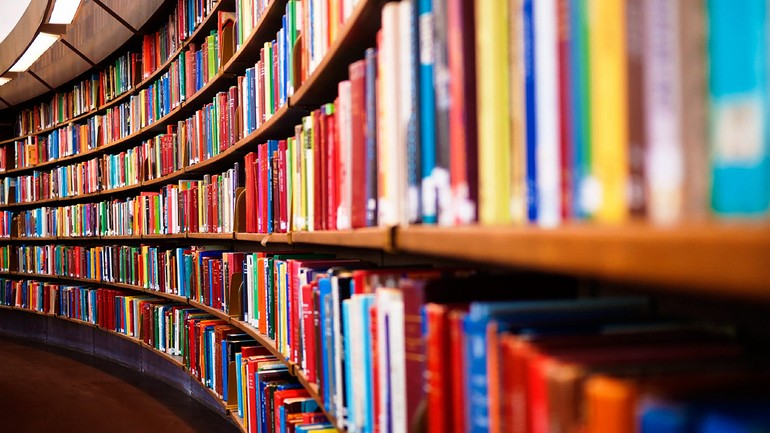 An  outsider's perspective is valuable. But even in this age of
instant  information the outsider could become a poster boy made
malleable by  preconceived perceptions and a thirst for contrast.

In the minds of most Chinese, the word "Harvard" is synonymous with
educational excellence – to the point of overshadowing other equally
top-notch Western institutions of higher education except maybe Oxford
and Cambridge.

However, the Harvard in the Chinese imagination is not the Harvard by
the Charles River in Boston. It is a myth shrouded in layers of
cultural misperception. When I was a kid, a friend of my father's, one
of the very few who had been to other provinces of the country,
described Harvard as a school with very high walls, where students were
not allowed to go outside during the four years of their study, not
even  when their parents died. They had to memorize tons of text from
early  morning until late at night.

Now that I recall it, the Harvard believed in by this relatively
well-informed person (for that era) was a cross between an ancient
Chinese school and a prison. Had he been shown the movie Love Story,
which was made around the same time and was about a Harvard student, he
would have been devastated: "What? A student could date and get married
while in school?"

Even with China's opening up and with the growing exchange of
information, some Chinese people simply cannot resist the temptation of
molding China's favorite foreign university in our own image, which is
essentially a school staffed by thousands of tiger moms. Thus were born
the rumors about the 20 statements plastered on the walls of Harvard's
library. The statements were said to include: "If you sleep now, you
will have a dream, but if you study now, you will realize a dream";
"Even though happiness is not based on a person's performance records,
success is the likely result"; and "If you study one more hour, you will
have a better husband."

In 2012, The Wall Street Journal carried an article that quoted
Professor Robert Darnton, who stated unequivocally: "As the university
librarian, I can attest that no such writings exist on any of the walls
at Harvard's 73 libraries."

The professor may not know that he has many phantom colleagues who have penned Chinese best-sellers.

There is a special section in China's publishing industry, usually
operated underground and with retail outlets on sidewalks, that churn
out many inspirational and how-to books.

They tend to have extremely catchy titles, such as Executive Power,
which was supposedly authored by a certain Professor Paul Thomas, who is
on the Harvard Business School faculty. After selling 2 million
copies,  this volume of inspiration, which was said to be President
Lincoln's  favorite book, was found to be totally phony. There was no
English  original and Paul Thomas was a name the publisher created out
of the  blue. Harvard Mottos is another such book, but its author seems
to have  more flesh and blood than Paul Thomas of Executive Power. Danny
Feng is  reported to be a Beijinger who has studied in the United
States. After  the scam was exposed, Feng said he based his book on an
online post by  expanding on each of the 20 mottos. It was a
fly-by-night operation,  taking only two months from the book's
conception to hitting store  shelves.

The trend can be traced back to 2000 when Liu Yiting, the Harvard  Girl
was published. Liu's mother, Liu Weihua, wrote a book chronicling  her
methodology of teaching her daughter that ended up with the younger  Liu
being admitted into Harvard's undergraduate program. The book sold a
cumulative 2 million copies and spawned another book of rebuttal.

In Truth, Xiao Yu wrote that the way Liu was trained, as described in
her mother's book, is traditionally Chinese rather than Western. He
adds: "The reason the myth has held up is the word Harvard. Most in
China do not know the real Harvard and they placed a halo of admiration
around it."

At least Liu Yiting is a real person who really got into Harvard and her mother really wrote that book.

Most of those responsible for the Harvard-related success stories may
not even have a college diploma. Many of those inspirational books were
hack jobs by those with marketing savvy and whose writing consists
mostly of copying and pasting from online sources.

My parents did not write books. But they instinctively used  comparison
as a means of motivating me while I was young. "That kid next  door is
studying from 5 am to 10 pm," or, "He's got all As, but what  have you
got?"

It dawned on me that my next-door neighbor was actually serving as a
kind of miniature Harvard in my parents' pedagogy. But as a real person
he posed many inconveniences, especially when he started to flunk his
courses. But Harvard is always there, so remote and so impersonal that
it can be whatever you need it to be.

Chinese websites are overflowing with feel-good pieces of factoids and dubious information.

People who are eager to share but are totally ignorant of such  concepts
as "check and verify" will resend a piece they feel important,  which
could instantly reach millions, usually depending on how catchy  the
title is. By the time experts come out to clarify, the damage is  done.
The clarification piece would at best make a small dent in the  colossal
machine of myth-making.

Misinformation flourishes with issues closest to the hearts of the
Chinese people. Education is one. Because many in China are frustrated
with the education system, stories from the US are needed as a contrast.
Meanwhile, Chinese parents will use the "next-door kid" approach to
justify their method of discipline. Likewise, Chinese show their
displeasure at official corruption by spreading stories in which foreign
bureaucrats were sacked for taking laughably small favors.

Mind you, not all of these stories are fabricated a la the Harvard
professors' books. Some are true stories distributed by bona fide news
organizations. Others have a modicum of truth, but got embellished as
they went around. However, they provide a partial picture if not a
distorted one.

If housing prices in China are obscenely high, those in other  countries
must be affordable, as attested by comparative photos with  prices
attached. Never mind that it's ludicrous in the first place to  compare
an apartment within Beijing's Third Ring Road with a house in  Montana.

Many people are impatient with stories with context because the
subtleties and nuances confuse them, depriving them of the pleasure of
drawing simple conclusions. If you say Chinese education has certain
advantages that the American way does not, and vice versa, as I have
sometimes done, you'll offend both the pro-Chinese-education camp and
the opposing camp. Both sides will see you as an enemy.

Just at the turning point when many Chinese awoke to this pitfall,
along came Wolfgang Kubin, a German Sinologist who categorically branded
Chinese literature as "trash". He grew to be the voice for Chinese
discontent with our own literary scene.

I suspect that even when he stops critiquing Chinese literature  people
will make up quotes and attribute to him. If I come up with "20  reasons
I hate Chinese literature" and put down Kubin's name, I can  guarantee
the piece will hit every website in China within a day.

0 responses on "The Chinese art of mythmaking"