The rise of alternative education in China 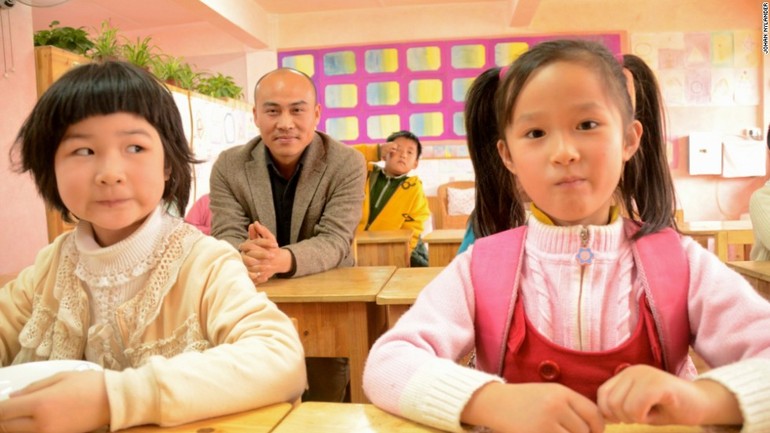 When  five-year-old Xiao Ge starts primary school in Guangzhou next
year, she  won't endure strict discipline and mountains of homework.
Unlike the  school life of most children in China, her days will be
filled with art,  music and creative learning at a private Waldorf
school.

Xiao is part of a fast-growing number of Chinese children whose  parents
are turning their backs on the state-run education system, which  is
based on rote learning and limited critical thinking. Instead, they  are
choosing independently-run schools that use the Waldorf, Montessori,
or Reggio Emilia pedagogies.

Despite a lack of regulation over these schools, parents prefer the
humanistic approach of these classrooms and the perceived softer
learning environment.

"Compared with studying under the public system, my daughter will get  a
healthier education and life here," says Xiao's mother, Lu Dan, when
we met at the Hairong Waldorf School Xiao is attending in the
southeastern city of Guangzhou.

As we tour the school, headmaster Wei Yueling, casually dressed in a
tweed jacket and sneakers, playfully grabs one of the students by the
waist and spins her in the air, making other kids scream with laughter.
At a state-run school, a similar scene of student-teacher bonding would
be next to unthinkable.

China has undeniably gained the world's attention for outstanding
academic performance. Shanghai's 15-year olds lead in mathematics,
science and reading, as seen in the 2013 Pisa survey by the Organization
for Economic Cooperation and Development, rating the performance of
children across 65 regions.

Urban Chinese families are particularly invested in their children's
education. Don Starr, a lecturer at Britain's Durham University, points
out in a research paper that these families spend more than 30% of
their  household income on their children's education, compared to 2% in
the  UK.

But the "tiger mom, wolf dad" approach to education is not without
consequence. Chinese youth suffer higher levels of depression and lower
self-esteem than their peers elsewhere. Last autumn, a 10-year-old boy
in the city of Chengdu reportedly jumped 30 floors to his death after
failing to write a 1,000-word letter of self-criticism demanded by his
teacher.

Perhaps in reaction to this phenomenon, China has seen a major
expansion of alternative teaching establishments. These schools
emphasize a holistic approach to education and use qualitative
assessment methods, especially for kindergarten and primary school
students.

While there are no official figures for the current number of
alternative schools in China, headmaster Wei estimates that some 40
schools and as many as 500 kindergartens operate across the country. His
own primary school and three kindergartens in Guangzhou have about 300
students, each paying CNY40,000 (US$6,500) a year, with 300 more
queuing  to get in.

Education for the whole family

For Lu Dan and her husband, their choice of school is about much more
than their daughter's education. The Waldorf philosophy can be embraced
by the whole family. With a focus on developing free-thinking and
morally responsible individuals, the humanistic Waldorf concepts offer a
sense of relief from the purely materialistic lifestyle that many of
the country's new middle class have been caught up in.

Two years ago, Lu attended a Waldorf workshop where she met Wei. She recalls becoming immediately captivated by the philosophy.

"It was like a calling, like realizing your destiny," Lu says. "Waldorf became the start of a more relaxed and happier life."

One of the first things the family did was to get rid of their
television and computer games, which immediately opened up plenty of
time for "real life and real play," says Lu.

They are far from alone. Some 40 families have moved to the area  where
the school is, creating a community for like-minded people. Many
parents volunteer for the school, which regularly hosts workshops on
Waldorf education and related topics, often featuring experts from
abroad.

Headmaster Wei studied the Waldorf pedagogy in 2007, after which he
left his nine-year career as a photographer to open his first
kindergarten. He observes that many parents come to his school with a
desire to change their lives, but not knowing how. Many parents think
that you should not let the child lose at the starting line. Lu Ziwen

"I speak to parents who don't know how to play with their children
anymore. They just put them in front of the television screen," he says.
"Often the father is working so much and comes home so late at night
that the child hardly knows they live in the same apartment. After
coming to our school they learn good ways to be with their children.
They get more quality out of life. Waldorf is a therapeutic form of
education that can help the whole family."

Some say, however, that alternative schools are proliferating out of
control. There are few regulations around the growth of these private
schools. The U.S.-based Montessori Foundation and the Association of
Waldorf Schools both offer online courses for those interested in
starting a school. Teacher education programs are also available
involving at least one year of study.

However, as the demand for these schools go up in China, some are
hastily opened without a full understanding of the philosophy behind the
brands.

Gina Lofquist, the director of the Montessori education program at
Xavier University in the U.S., sees the number of Montessori schools
explode in China, but doubts that there are enough qualified teachers to
fill the new classrooms.

"I've been to so-called Montessori preschools where there was not a
trace of Montessori material," says Lofquist. "Instead, they had a big
flat screen television in the middle of the room, something that goes
totally against our beliefs. There's no way to train enough teachers for
all those new schools. A lot of money is being made from these
franchises but the parents are not getting what they pay for."

The same situation can be seen at other private schools, including
Waldorfs, according to several teachers and parents in Guangzhou and
Hong Kong that we spoke with.

Despite the growing interest in alternative education forms, most
Chinese parents are still reluctant to hop on the bandwagon. The biggest
fear is that opting out of the state-run system will lower their
child's chances at passing the notorious "gaokao," the national college
entrance exam that determines which Chinese university a student will
enter.

Lu Ziwen, professor of English language at Central China Normal
University and a member of the state English curriculum standard team,
is far from convinced by alternative education.

Less homework, he argues, is not the path to future success. "Many
parents think that you should not let the child lose at the starting
line," he says, referring to a popular proverb.

All this seems far removed from Xiao Ge who is happily playing on the
swings in the school playground, unconcerned about future exams and
career prospects. Instead, she is putting all her energy into being just
a child.

0 responses on "The rise of alternative education in China"