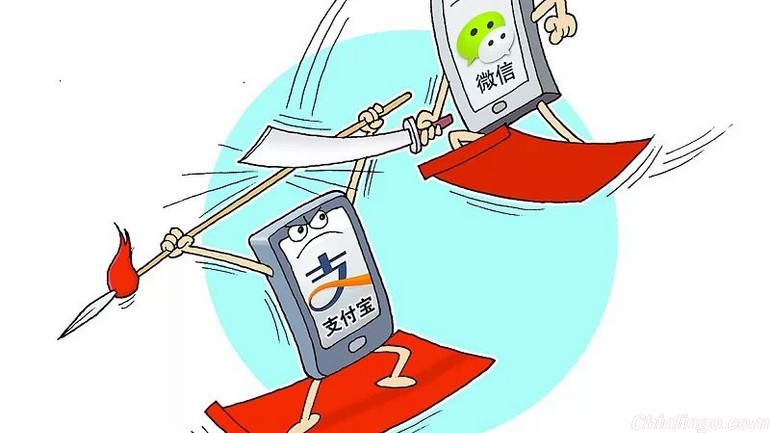 Gifting red envelopes stuffed with cash to relatives and friends is one of the most ancient traditions during the Chinese Lunar New Year, also known as Spring Festival. This centuries-old custom now has a new face in the digital age. On the eve of the Year of Sheep, China’s Internet giants, mainly Tencent and Alibaba, have turned the holiday tradition into a wildly popular phenomenon that helps them tap into the digital wallets of millions of Chinese.

While sending cash as a way of celebration may sound bizarre to some, the marketing strategy has proved to be a bonanza for Alibaba and Tencent. On New Year’s Eve alone, WeChat recorded more than 1 billion red envelope transactions, a 200 percent increase from last year. Thanks to its partnership with CCTV during the popular New Year’s Eve live television broadcast, WeChat sent out 120 million red envelopes during a segment when audience “fought” for the cash gifts.

After WeChat first rolled out its first red envelope promotion last year, Jack Ma called it “the Pearl Harbor attack.” To rival Tencent’s success, Jack Ma himself led Alipay’s fight by posting his customized Alipay red envelopes on Weibo. On New Year’s Eve, Ma posted a photo of himself with a question: “Who looks like an alien?” The lucky ones who gave the correct answers (“Me”) got red envelopes directly from the billionaire himself. According to Chinese media reports, Ma’s 99,999 red envelopes with a total amount of 990,000 yuan were grabbed within the first three minutes. In the week leading to the New Year, Alipay gave out 430 million red envelopes with total value of 600 million yuan.

The red envelope war between Alibaba and Tencent is the latest showdown in China’s  increasingly competitive third-party mobile payment market. Will China’s largest ecommerce company or its most popular messaging tool have an edge on winning over Chinese digital wallets? Though Alipay has a head start with its 190 million active users thanks to its affiliation with Taobao, TMall, and other Alibaba’s e-commerce sites, Tencent’s WeChat payment has grown rapidly since it pioneered the red envelope promotion. The competition escalated so rapidly that Tencent blocked Alipay’s red envelopes on WeChat since early February to fend off its “invasion.”

But getting active users hooked on their payment tools is only the beginning. The bigger opportunity lies in the one-stop platform that Alibaba or Tencent plan to build. From taxi-hailing to food ordering, both Internet giants are increasingly battling over the same services that bring mobile users to offline spending. Moreover, both companies aim to attract users to their money market funds as they seek to expand in the alternative investment market. Between billionaires Jack Ma and Pony Ma, whoever wins the digital wallet war would get a head start in the next round of competition.