Microsoft to cooperate with Qihoo 360 amid security concerns in China 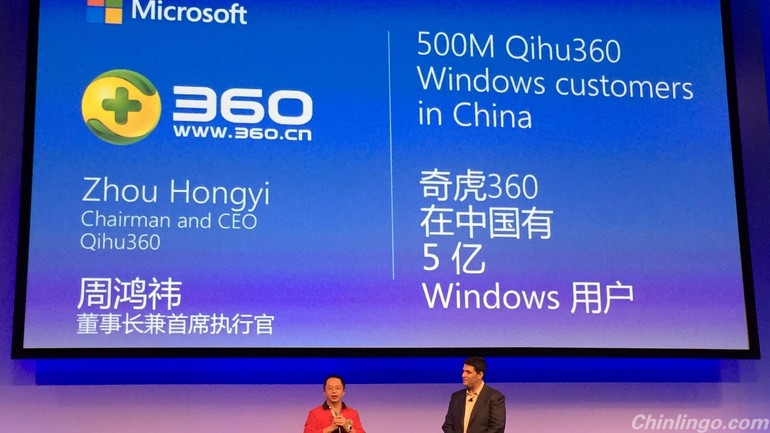 The tie-up with Qihoo, known for its security software, mobile application store and search engine, comes as Microsoft struggles with scrutiny from China's government and state-owned businesses over the security of its products.

U.S. technology companies are battling anti-American sentiment in China. Firms like Microsoft, Apple Inc and Google Inc have been accused by state media of working with the U.S. government in cyber-espionage, with doubts raised about their products' security.

Microsoft and Qihoo declined to provide immediate comment on the deal.

Microsoft has suffered a string of setbacks in China. Last month, China's central government procurement office issued a notice that new computers would not be allowed to have its latest Windows 8 operating system installed.

State media have also pitched in, calling last week for "severe punishment" for Microsoft and other tech firms for acting as "lackeys" of the U.S. government. State broadcaster CCTV broadcast a special segment on Windows 8 which said the operating system was not secure and could be used to access private data.