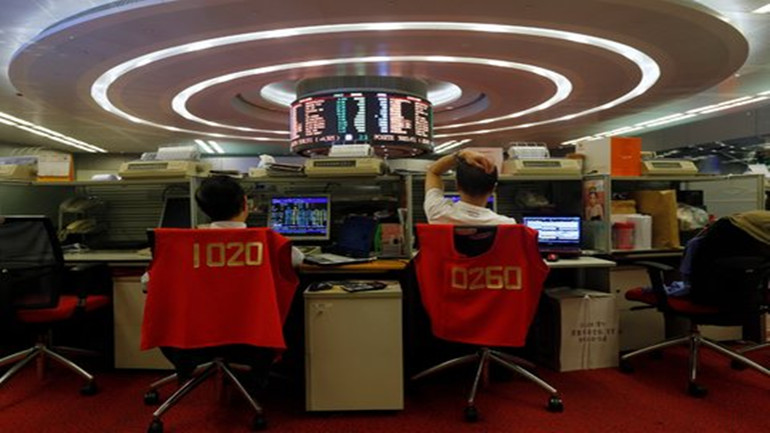 The head of Hong Kong’s stock market regulator said Wednesday that his agency had ticked all the boxes needed to start a highly anticipated project connecting the Hong Kong and Shanghai stock exchanges, indicating delays were coming from its counterpart in mainland China.

“The tunnel has been built and the train needs to go through it,” Ashley Alder, chief executive of the Hong Kong Securities and Futures Commission, said at a Thomson Reuters regulatory conference in Hong Kong.

Mr. Alder was speaking for the first time since Monday, when the Stock Connect project was expected to begin but did not. His comments followed an announcement by Hong Kong Exchanges and Clearing on Sunday that the project had “no firm date for its implementation” and that it had not received “relevant regulatory approval,” suggesting Shanghai as the source of the slowdown.

The Shanghai Stock Exchange is unaware of when a landmark trading scheme with the exchange in Hong Kong will launch, an exchange official said, adding that the two bourses had already “done their jobs” for the project to take off.

Bo Que, executive vice president of the Shanghai Stock Exchange, told Reuters on Wednesday that he did not know when the project would launch, adding that the two exchanges had “done their jobs.”

Stock Connect has been closely watched by banks and brokerages in Hong Kong, and by hedge funds as far away as New York. It is considered to be one of the boldest moves by the Chinese government to liberalize its equity markets where, until now, foreign investors have been largely shut out.

The project was announced by the Chinese premier, Li Keqiang, in April, with a launch suggested to take place within six months.  Since then, financial services companies have worked hard to prepare for the connection to become active, which was largely expected to happen at the end of October.

The program is part of a broader package of reform initiatives announced last year by President Xi Jinping. Some critics have complained that other reform programs, like free trade zones, have been slow to take off.

On Wednesday, Mr. Alder said he hoped trading would begin in the “not too distant future,” adding that it would benefit both Hong Kong and Shanghai’s financial centers, as well as foreign investors.

The potential rewards of an open exchange between the mainland and Hong Kong are huge for investors, who can trade Chinese stocks only indirectly through a limited quota program that allows just a drip of foreign money into the country.

Speaking later Wednesday at the conference,  Mark Steward,  head of enforcement of the Securities and Futures Commission, touched on some of the broader concerns for regulators across Asia with cross-border investments.

“We’re dealing with very significant legal differences,” he said, adding that, in absence of a single, unified regulator, foreign investors would be expected to comply with local market rules.

0 responses on "Hong Kong ready for trading link with Shanghai"