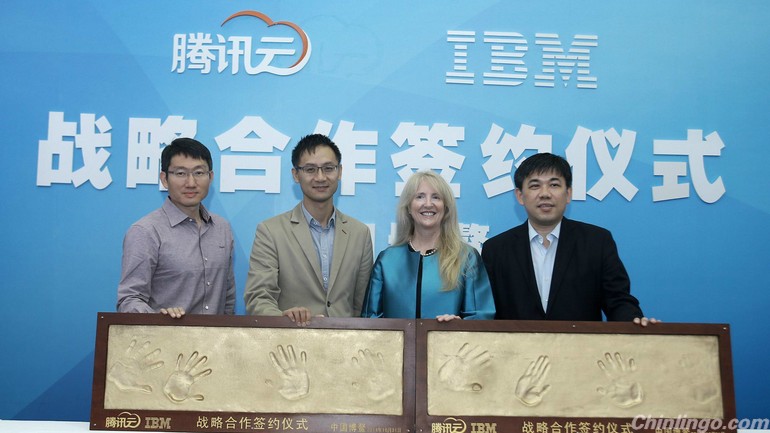 Tencent Holdings Ltd said on Friday it would collaborate with International Business Machines Corp on a new cloud software business for corporate customers, a marked departure for one of the dominant forces in China's consumer Internet industry.

Best known for its popular WeChat messaging app and its online games rather than business software, Tencent said its cloud unit would now target small and medium enterprises in the healthcare and "smart city" industries.

Many technology firms are jockeying for a slice of China's enterprise software market, which promises to grow sharply in coming years as businesses modernize their IT operations and move data onto the cloud.

An e-commerce giant, Alibaba has been slowly building its cloud unit, which recorded just $38 million in revenue in the three months ended June 30.

Tencent said it would tap IBM for its "industry expertise and enterprise reach" but did not disclose financial terms of the deal.

For IBM, the Tencent deal is just the latest in a recent spate of new software partnerships in China, where its hardware sales have been sliding.