Should tourists’ bad behavior be regulated? 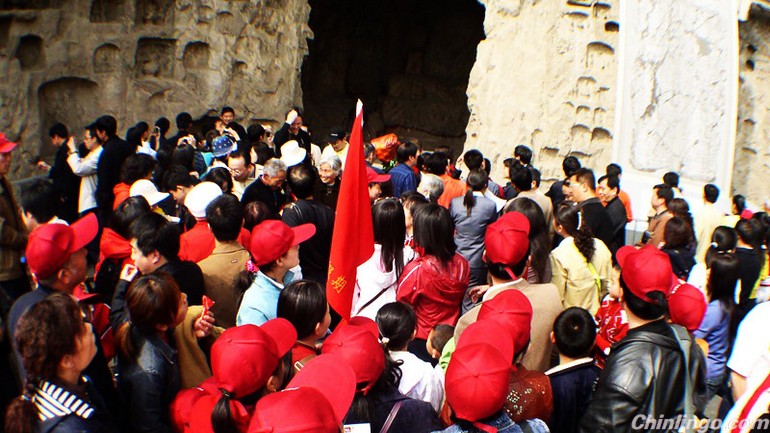 As an old saying goes – "Old habits die hard". It would be hard for some people to change their bad behaviors, like spitting, littering, jumping queues and speaking loudly in public places. But if such behaviors are outlawed and the law is STRICTLY ENFORCED, like in Singapore, it is not impossible to change people's bad behaviors. Preferably proper manners/behaviors are taught at a young age at school and home so that people behave naturally and not because of fear of being penalized.

For a country that cares so much about 'losing face', it's amazing how poorly Chinese tourists behave in foreign countries when they are the "face" of China. My friend runs a restaurant in Sydney that many Chinese tourists go to. He asked me "when is the Chinese tourist season over? They are rude, demanding and messy. You can tell the Chinese from the Koreans and Japanese because those countries' tourists are polite and respectful" I would think comments like this alone would drive Chinese people to improve their behavior.

We do admit that some Chinese didn't behave well while traveling, which tarnishes the reputation of the rest. It's really a serious problem that we want to tackle. I do believe some measures are necessary to regulate the industry and urge visitors to behave themselves. It's a phenomenon we are willing to change.

American tourism abroad certainly has its dark history. But in general this stereotype no longer applies. In my four years as an expat in China, I've found American tourists abroad are consistently some of the most respectful and unobtrusive people, and accepting of local customs. The Chinese should learn from America's experience in changing your attitude when abroad.

Maybe the government enacting a set of rules could force them to correct their bad manners when traveling. But the most effective way is to improve their awareness of protecting the environment, respecting the custom differences and observing the regulations. Only in this way, can we promote our tourist industry and improve our international image.

I live in China and have seen huge changes in behavior here over the past 10 years. Spitting on the sidewalk was once very common here. Not so anymore (at least not in the larger cities). People also used to litter much more than they do now. The culture here has evolved and it continues to evolve. Like every developing country, they are experiencing some growing pains. But this will change in time as they become a more developed country.

As a Chinese living abroad, I have seen enough of this uncivilized behavior and totally agree with their government to do something about it. Chinese people are supposed to be proud of their rich history and culture and achievements, and behave with dignity and humility. Apparently, a lot of Chinese have forgotten about all that.

0 responses on "Should tourists' bad behavior be regulated?"