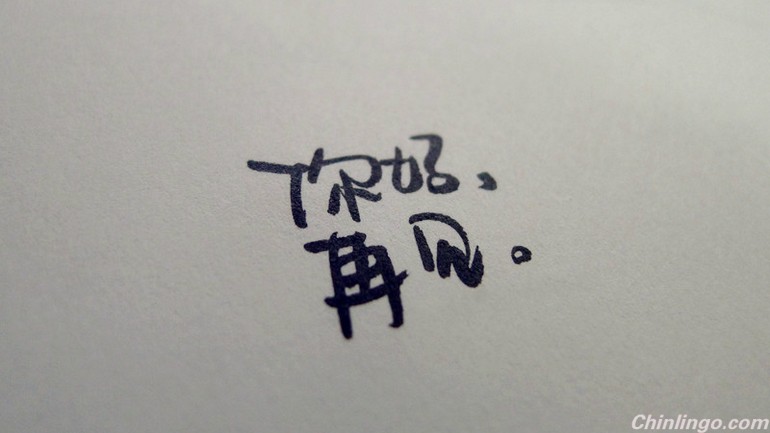 My name is Moonlake and I survived a long-distance relationship between China and Europe. In a few months, I intend to walk down the aisle to wed my amazing Chinese fiancé, promising to love, support and cherish him until the end of my days. But this love story wasn’t smooth-sailing all the time. We met while I was studying Chinese at a uni in China for a semester. When we met, I only had three months left before it was time to return home. Naturally, neither of us wanted to fall in love or get in too deep, since we knew I’d be leaving and wouldn’t be able to return for at least a year. But love is one of those things that you can’t control – when it strikes, it strikes hard. We became inseparable and when the time came for me to leave, we both had promised to wait for each other no matter how long we spent apart.

Long-distance relationships are tough, regardless of whether you’ve been together three months or three years. I constantly have people coming up to me asking me how we got through a whole year of not seeing each other and still being absolutely in love and loyal to each other. Lots of friends and friends-of-friends ask me for tips and I’ve become a sort of role model or inspiration to many people. But actually I don’t see my myself as some sort of hero who, despite having lots of odds stacked against me, overcame a major obstacle. In fact, the advise I have for people can be rather harsh: if you are not 100% sure or committed, don’t get into a long distance relationship. The only way it’s going to work out, is if you are both willing to put a lot of work into the relationship, making sure to allocate plenty of time to skyping/calling and being very communicative and honest at all times. Long-distance relationships also require a lot of trust. If you don’t fully trust your partner, this will eventually surface and will lead to accusations, fights, paranoia, anger, jealousy and very likely, break-up.

Here are some basic tips for maintaining a long-distance relationship:

This is the key to survival. But having said that, each couple is different so while some people may talk every day or even several times a day, some only skype a few times a week. Find a pattern that’s right for both of you. When I left China, we spoke several times a day at the beginning, then just once a day and eventually about 3-4 times a week. Take advantage of the fact that we’re living in 2013 where we can use Skype, Facetime, WeChat, Facebook and other social media sites and communication tools at a click of a button for free.

This is closely intertwined with communication. When you know what’s going on in their life and who they’re hanging out with it’s easier to trust them. If you’re insecure about something or someone, be honest but no accusatory. Many relationships falter because one person gets jealous and convinced the other is cheating on them. At the end of the day, you probably never know for sure if the other was faithful during your time apart – that’s just a massive gamble you have to take and if they say they were faithful, you just have to believe them. Time in a long-distance relationship shouldn’t be spent wondering whether the other person is up to something naughty, you should be focusing on yourself and making sure that you are sticking to the rules and not doing something the other wouldn’t approve of.

Every couple is different and don’t necessarily share the same values. It’s important to set out some clear rules BEFORE you part ways – a verbal contract so to say. If monogamy is a make or break factor, then make sure both parties know that and are willing to uphold that. If on the other hand, you both want to see others while apart, make sure that you both agree.

You cannot survive a long-distance relationship without making some sacrifices. For example, due to the time difference between China and Europe, you may have to re-organise your schedule to suit the other, which may mean cancelling some social gatherings or even changing your sleeping habits. You could also save extra to buy a plane ticket to see them during your time off. I got a part-time job to save enough money to fly to China during Easter break. It wasn’t a cheap ticket and I could only stay for 10 days, but was it worth it? Of course!

0 responses on "Tips for maintaining long distance relationships in China"