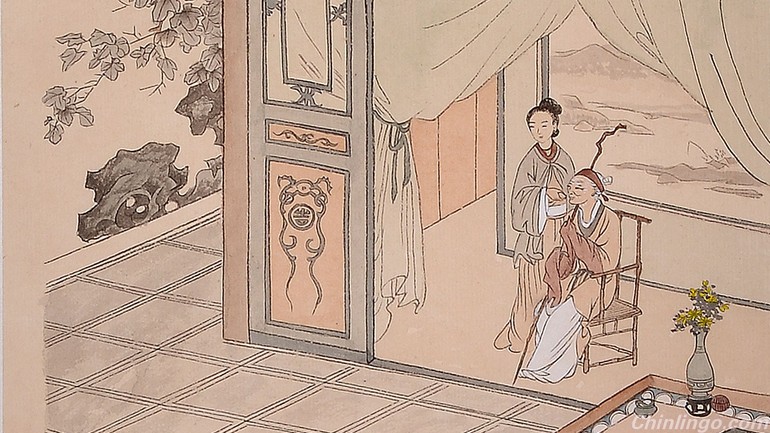 In the Tang Dynasty, an official named Cui Shannan, had in his family the
Grand Dame Zhang Sun, Mr. Cui's great-grandmother.

She was quite elderly, and had lost all her teeth, thus she could not chew
even soft rice.

Eating was a big problem. Mr. Tswei's grandmother, the Lady Tang, realized
the difficulty her mother-in law had in chewing food, and thus hit upon a
solution to keep the Grand Dame alive and in good health.

The Lady Tang would wake up each morning, perform her daily toilet of washing
her face and combing her hair, then she would enter her mother-in-law's chambers
and proceed to feed her breast-milk from her own body.

The elderly matron had no trouble digesting this nutriment, and thus thanks
to her daughter-in-law, even though she could not eat normal food, her body
stayed strong and healthy.

One day she fell ill, and knowing that her life was about to reach its
natural end, she summoned all her generations of descendants into her room and
told them

"All these years I have been looked after by my daughter-in-law. She has
treated me most kindly, and I am deeply grateful to her. I only hope that the
wives of all my children and grandchildren will be as considerate and proper in
their filial devotion as she has been towards
me."

When the family heard her final words, they were deeply impressed, and ever
after, used the Grand Dame Jang Sun's advice as the motto of the household. The
teaching was passed down and cherished through the many generations of the Tswei
family.