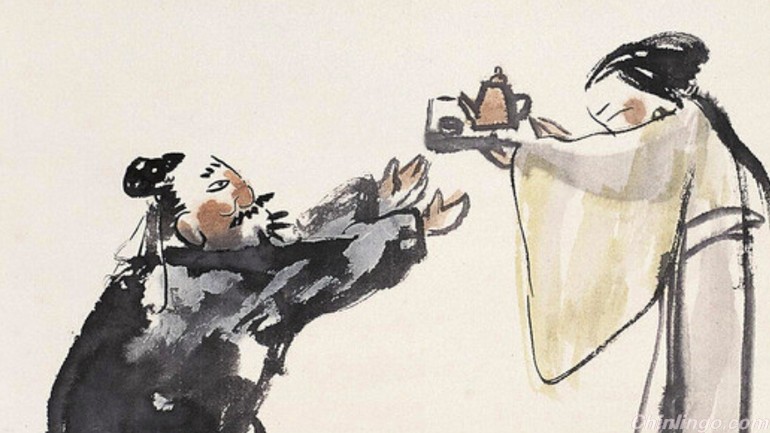 During the Spvring and Autumn Period (770-476 BC), there was a high official in the State of Jin. He once saw a farmer working in the field and his wife bringing a lunch to him in a very respectful manner. It moved him much that the couple treated each other with the respect they would give a guest.

He took the farmer back to the King of Jin and recommended him for an official post. "Respect is a demonstration of virtue. If one is respectful, he must be virtuous," the official said. "We should educate our people with virtue."

"His father is guilty. Is it wise to do so?" the King countered.

The official replied: "Guan Zhong was an enemy to the Duke Huan of Qi, but the duke appointed Guan Zhong prime minister and finally accomplished his hegemony. Shun exiled Gun but promoted his son Yu. You just make use of his strong points."

At last, Duke Wen took his advice and put the farmer in an important position.

Later, this idiom means a couple treat each other with respect as if the other were their guests.