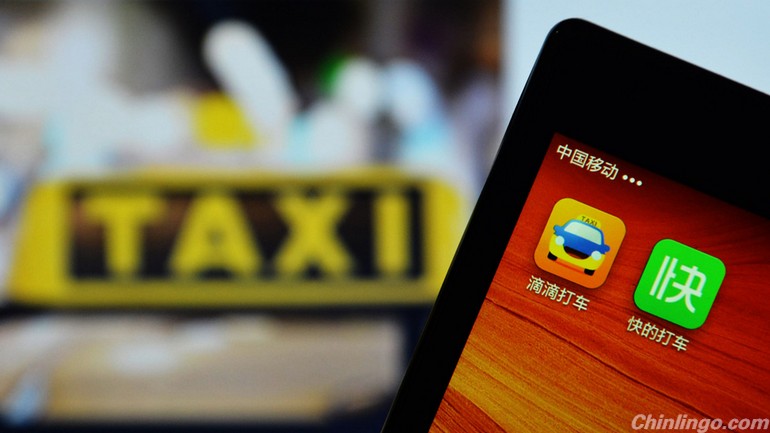 Didi Dache and Kuaidi Dache, two of China's leading taxi-hailing apps, said on Saturday they would merge to create one of the world's largest smartphone-based transport services. The combined entity would be valued at roughly $6 billion, according to person familiar with the deal. The shareholding structure is unknown.

The firms said the two companies, which have not announced a name for the combined entity, would operate independently under separate brands.

Didi and Kuaidi, backed by Chinese Internet giants Tencent Holdings Ltd and Alibaba Group Holding Ltd, respectively, have been locked in a bitter price war for the past year as each seeks to corner the massive Chinese market despite rumors of mounting losses. Didi was estimated to have a roughly 55 percent market share, with Kuaidi claiming nearly all of the rest in a December study by Analysis International.

The two companies have been vying for the world's largest transport market – more than 150 million Chinese hailing taxis using their smartphones, according to analysts. They have received more than $1 billion from private investors in recent months to sustain their battle for market share.

An Alibaba spokeswoman said on Saturday the company is "supportive of this merger as it will promote the healthy development of the taxi-app and expand city travel options for users."

Baidu, the Beijing-based search engine and rival to Tencent and Alibaba in China's Internet sector, said in December it would invest in Uber to help bring the $40 billion U.S. firm to the Chinese market.

China Renaissance, an independent investment bank headquartered in Beijing, acted as the exclusive financial advisor to both Didi and Kuaidi on the deal.